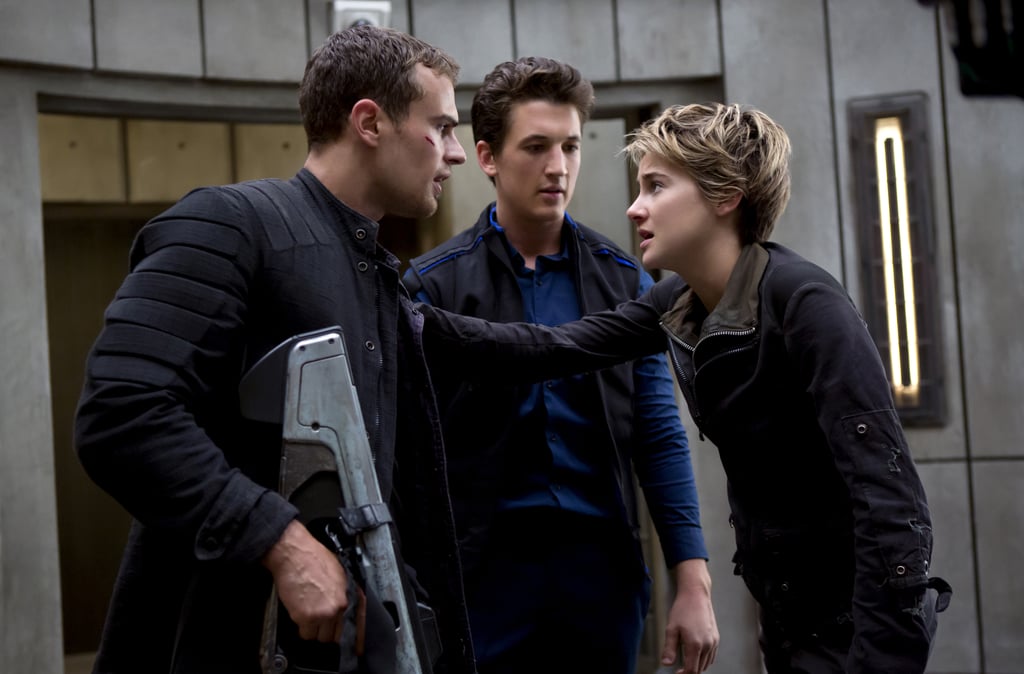 Get a Peek at the Divergent Sequel With the Insurgent Pictures

Think Insurgent's trailer is sexy? Good, because that steamy moment between Tris (Shailene Woodley) and Four (Theo James) has been immortalized in picture form. New images from the Divergent sequel have been released, and Woodley, James, Ansel Elgort, Kate Winslet, and more new and old characters are featured. The sequel will be released this Friday, but why wait when you can sneak a peek now?

Channing Tatum
Channing Tatum Will Return For a New Magic Mike Movie on HBO Max!
by Perri Konecky 16 hours ago

Spider-Man
6 Villains We Know Are Returning to Spider-Man: No Way Home, and Why
by Amanda Prahl 6 days ago