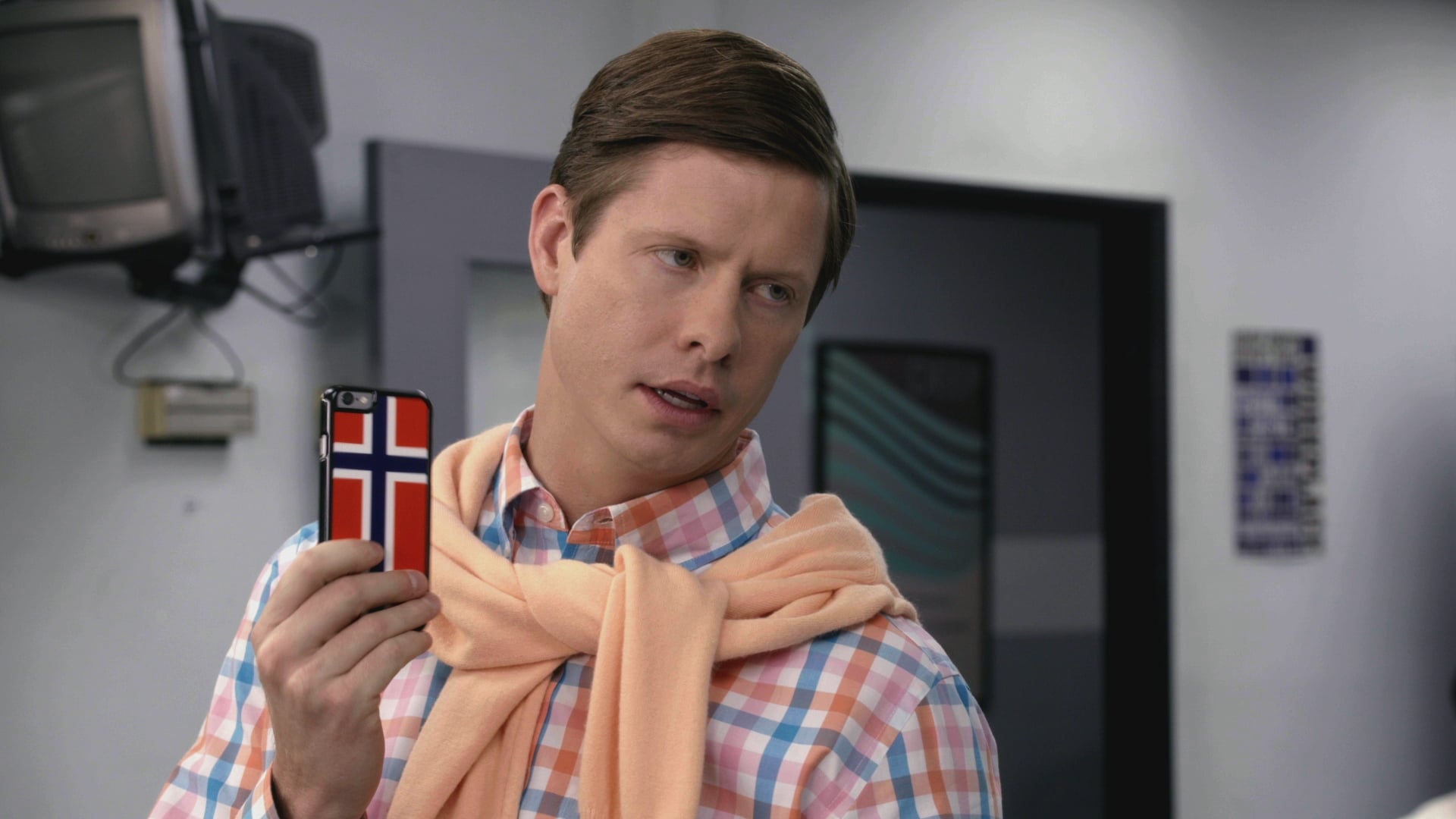 Season six of Workaholics is officially out on DVD, which means it's time to rewatch the latest episodes of your favorite cubicle-dwellers getting into trouble. We got the chance to chat with Anders Holm, who we also love from The Mindy Project, about the show, and while he couldn't divulge anything about next season (they literally haven't written it yet), he did let us in on his strangest fan experience, his favorite part of season six, and more.

POPSUGAR: Have you had any strange fan experiences?

Anders Holm: Yeah. This guy rolled up on me in Chicago and he recognized me and was like, "Yo, I'm a big fan," and we were just walking around the street and then this van pulled up with these prostitutes and they were like, "Any of y'all wanna f*ck?" And I was like, "Yeah, this guy does!" This was just a magical moment, so he gets in the van and disappears and I'm like, "Well, that's crazy." And then the next day on Facebook I got a message that was like, "Really good to meet you, I got robbed by those hookers." What are you gonna do?

PS: Do you feel like there's a big cross section of Workaholics fans and The Mindy Project fans? What is that Venn diagram like?

AH: I think those are the weirdest people, the ones who watch both those shows. No, if you like good comedy, you're watching both of those shows. There's quite a bit of crossover. They like jokes.

PS: Has anyone ever gotten mad at you and been like, "Hey man, I don't like your show's representation of office culture"?

AH: No, not really, and we were pretty conscious about separating the show from The Office when we pitched it. The whole thing with The Office, which was the biggest show at the time, was that everyone at The Office was sad and boring and work was such a chore. But this was a time where unemployment in America was at 13 percent, so we tried to switch it up and be like, "We're so lucky to have a job where we just sit with our friends and clown all day and actually get paid enough money to get a sh*tty case of beer at the end of the week."

PS: What was your favorite episode to shoot this season?

AH: I have to pull them up on IMDb. "Save the Cat" was a fun one. It was just a fun melodrama version of the show when Blake and Jillian adopt a cat. The dudes were losing Blake to being a father, he had a wife who was like, "You're partying too much!"

PS: Who's been your favorite guest star on the show?

AH: Dolph Lundgren was great. Daniel Stern is the man. People should vote for his son, Henry, who's a politician. Google him.

PS: Who would you want to pop in for an episode?

PS: Workaholics is so chock-full with pop culture references; what's one movie or show you'd like to parody?

AH: I'm not a huge parody guy, but I do like a good reference. It would be tight to parody The Explorers, with River Pheonix and Ethan Hawke. It's a group of 11-year-old misfits and they create this computer program where they can essentially build a spaceship and they go into space but it's heavy duty. It would be cool to do an episode like that, but it would be a little bit out there. It might just be tight to do a couple references from Kindergarten Cop. I feel like you can't have enough.

PS: Did you watch the sequel?

AH: I haven't, but I just saw it at Target. Dolph looked like he killed it.