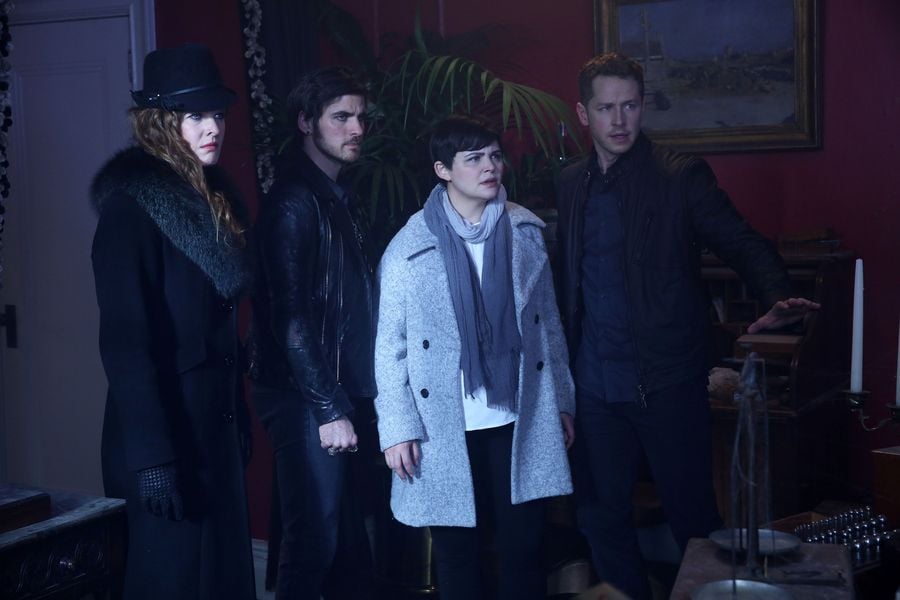 We're entering into the sixth season of Once Upon a Time, and things are looking dicey — not just because the Evil Queen is on the loose, either. We were included in a group of journalists who got the opportunity to sit down with the show's cast at Comic-Con, and we got a lot of juicy details. Creators Adam Horowitz and Edward Kitsis teased a lot about what's coming up, including how Aladdin will be incorporated into the story and that it's "the year of Snowing." Check it out!

How prominent will Aladdin and Jafar be in the new season?

Adam Horowitz: At first, we get a taste of them in the premiere. It takes a little bit to see how the Aladdin world fits in with the story.

Edward Kitsis: We left a lot of threads dangling last year, Jekyll and Hyde, the Evil Queen, so that we're not in a rush to get to Aladdin and Jafar because we have other things to take care of. This year we're not doing like, "These ten are in Camelot, these ten are over here." We're going to be much more of a season one/season two stay-in-Storybrooke kind of vibe.

Was there a reason for the recast of Jafar?

EK: Yeah, Naveen, who we love, we worked with on Lost, and obviously wrote the part for him, is a regular on Sense8. The thing the fans don't understand sometimes is that people don't just wait for the call — especially great actors who are in demand.

Why does it feel like the right time to bring in Aladdin?

AH: I think that hopefully when you see the premiere, you'll understand why. In our conception of the Aladdin story, because like anything we try to do our own twist on it, as you saw the clip today, you'll see that he was a savior. There's clearly some sort of connection between him and Emma, as a savior, and that kind of tie is what made it feel appropriate to bring our Aladdin spin into the show now. We're going to deal with some very strong and emotional things.

Was the red bird in that scene a nod to Iago?

AH: I'll say that the red bird in that scene is something to pay attention to, it comes back.

Speaking of the red bird, are there any other characters from the Aladdin story who we'll be seeing?

AH: Yes, Jasmine is coming in, to be played by Karen David. We're very excited to have her join the show. 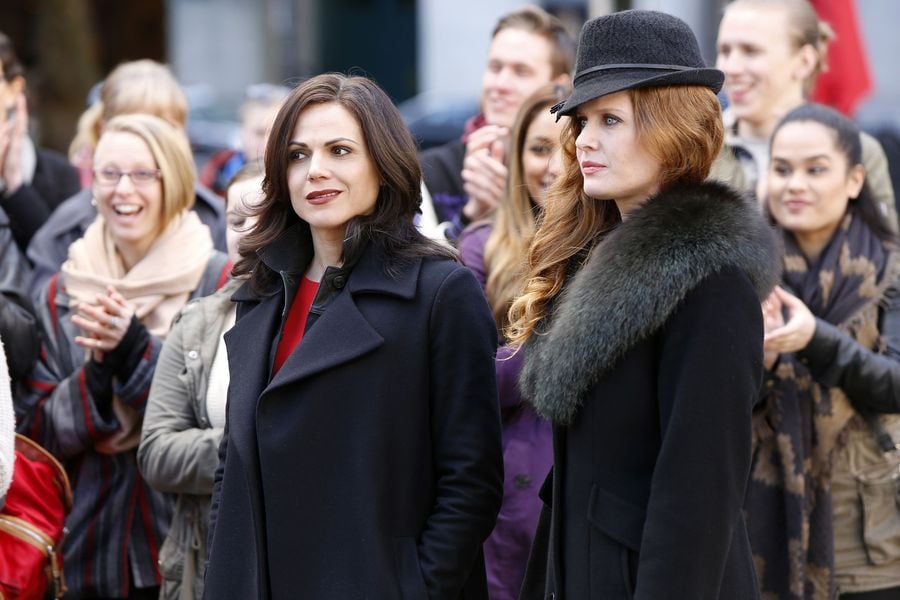 Can you tell us anything about the return of Cinderella? There's a friendship between her and Snow White . . .

AH: We saw in season one, when we saw the Cinderella backstory, that there's a cross between Snow and Cinderella, and this year when we revisit Cinderella's story, we'll see when they first met.

EK: Cinderella was actually the very first happy ending Emma returned. It was episode four of season one, and that is going to, we know the Evil Queen is out there, and the fact that with these untold stories, and that being the first thing, it's all going to come together.

Can you talk about the untold stories?

AH: There is a land of untold stories, of characters we've never touched upon on the show, but also our characters have untold stories, and hopefully you'll start to see that there are secrets and things in their past that start to come back, that start to reveal themselves. Even some of the characters aren't aware of their significance, and I think we've always looked at the past of the characters objectively, as the audience, and now in these years since the curse is broken, a lot of these characters can reflect and look back upon the things that shaped them and there are consequences to a lot of things they've done.

Could we ever see Neal come back again?

EK: The greatest things about a flashback is you can have anyone in any time. Michael Raymond-James, we're his biggest fans, last year he was a regular on the show, and we're very happy he came back to do the 100th. That was a time in Emma's life, we don't think we're done with Emma's flashbacks. Could we see him again? Yes, but you never know.

AH: On a practical level, were he available and willing, we would have him back to appear in some sort of flashback. We love Michael. We're so happy we were able to work things out to have him in the 100th episode. We love those stories between the two of them and her past as well.

EK: Most fertile show on television! There's nobody here that isn't pregnant! It's in the water.

AH: Emily has given birth, she now has a daughter, and because of that, Belle can be out of that box pretty quickly.

EK: But the box could be pregnant.

Maybe could Ginnifer go in the box?

AH: This year is the year of Snowing, I can promise you that. The Snow/Charming story, the romance —

EK: The epicness too and the Evil Queen coming back to take care of something she believes her other half failed at, which is getting revenge.

AH: So yeah, we really want to see Snow and Charming back.

EK: If anyone wants to become pregnant they should become an actor on the show.

What do you have planned for Rumple?

EK: As he reminded us in season one, he's a difficult man to love, and we often forget that because we want to forget that, because he seems so loving and he so much loves Belle. But he was honest last year! He loves the life . . . he also loves Belle more than anything, and I think that is genuine. I think the idea of having another child is really something he's looking forward to, because it's another chance to do it right. I think what we love about the relationship is the messiness of it. That's what's so much fun to write, because he can't help himself. What we have in store for them is a lot of chaos.

During the panel, you hinted not to trust Hades. Can you elaborate on that?

AH: What we were talking about, to be perfectly clear, isn't that Robin's not dead. It's that Hades said he obliterated Robin's soul, and for us, our attitude is, well, you know, a good and pure soul like Robin's, could that really just be obliterated and destroyed? Or is that just something that a horrible villain like Hades said?

EK: When I said "I chose to believe in hope" [during the panel], what I meant was I believe that Robin Hood, his soul moved on as we saw Cora's did. So if we saw someone who is as awful as Cora can redeem herself and move on, someone as noble as Robin Hood should move on, and Hades saying that, to me, I feel like is, I don't buy it. And we're going to explore that.

Image Source: ABC
Once Upon A TimeComic-ConTVCelebrity Interviews
Around The Web

Kelly Clarkson
Kelly Clarkson Had the Zoom Cat Filter Lawyer on Her Show, and Sadly, He Was Not a Cat
by Grayson Gilcrease 11 hours ago