Total Divas — aka your favorite reality show of 2014 — premiered its third season this week. Surprise! There's more drama than ever, and we got the scoop on what to expect from the season from WWE Divas Nikki and Brie Bella. The twins were on the rocks on the premiere, and it sounds like they'll be butting heads for a while. We also found out that they're secretly obsessed with Downton Abbey, and yes, they've met the Kardashians. Here are the highlights, and let's hope this season will be chock-full of more valuable lessons from the Divas. 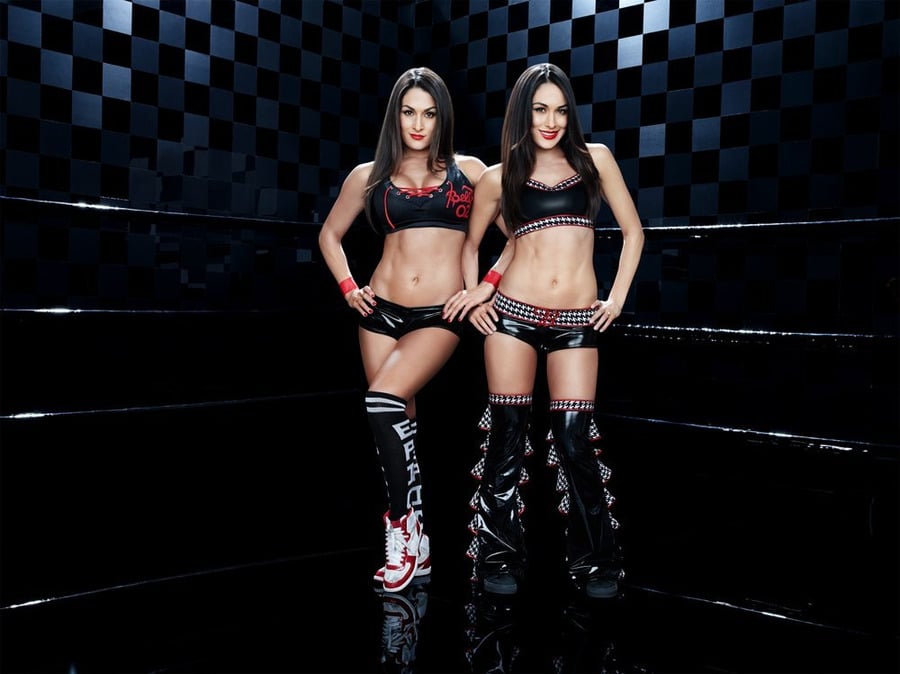 POPSUGAR: What should fans be looking forward to this season?
Nikki Bella: There is one episode where you'll get to see a side of John [Cena] that no one has seen yet — the funniest side ever.
Brie Bella: Toward the end of the season, something big happens in my life. I'm really excited to share it with everyone because no one has any idea.
NB: It's going to be a really big season for the Bellas. Certain things happen in my career and my personal life that force me to make a decision in the finale.

PS: How are the dynamics between the Divas this season?
NB: We're very split this season. You have your old-school girls, but then you have Alicia Fox and Paige, who are hanging out with Rosa [Mendes]. You have the single girls, then the girls who are married and in relationships.

PS: Will there be any physical fights outside of the ring?
BB: There are totally fights. You can never have all the girls together without fighting. Nikki and I are sisters and it's a love-hate thing, but there are other girls where it just comes from a real hate. Nattie gets into it. There's only one spot for Divas on the wrestling card, and that always brings out jealousy.

PS: What's the scariest thing that's ever happened to you in the ring?
BB: Breaking my nose or getting my tooth knocked out.
NB: I was wrestling a girl one time, and her knee popped out of place. She was screaming, and we needed to end the match, but you need to be gentle with someone. Plus, it was my good friend, and I was so worried.

PS: What do you guys watch on TV?
BB: Nikki and I are obsessed with Nashville, Revenge, Downton Abbey, and Scandal. I was really into Sons of Anarchy, and Nikki loves The Walking Dead. Reality-wise, we've always been into Keeping Up With the Kardashians.

PS: Have you met them?
BB: Nikki and I were at an event, and we heard someone saying "Bellas, Bellas!" and it's Kim and Khloé Kardashian and Kelly Osbourne! We had this great 20-minute conversation, and they gave us some advice.

PS: Finally, why should people be watching Total Divas?
NB: We're a unique lifestyle. We're in a ring kicking girls' butts, traveling the world, training, and trying to be in these crazy relationships. It inspires you and empowers you.
BB: I agree with Nikki; there's so much girl power out there. We're women in a man's world, and we're dominating! You need to tune in.