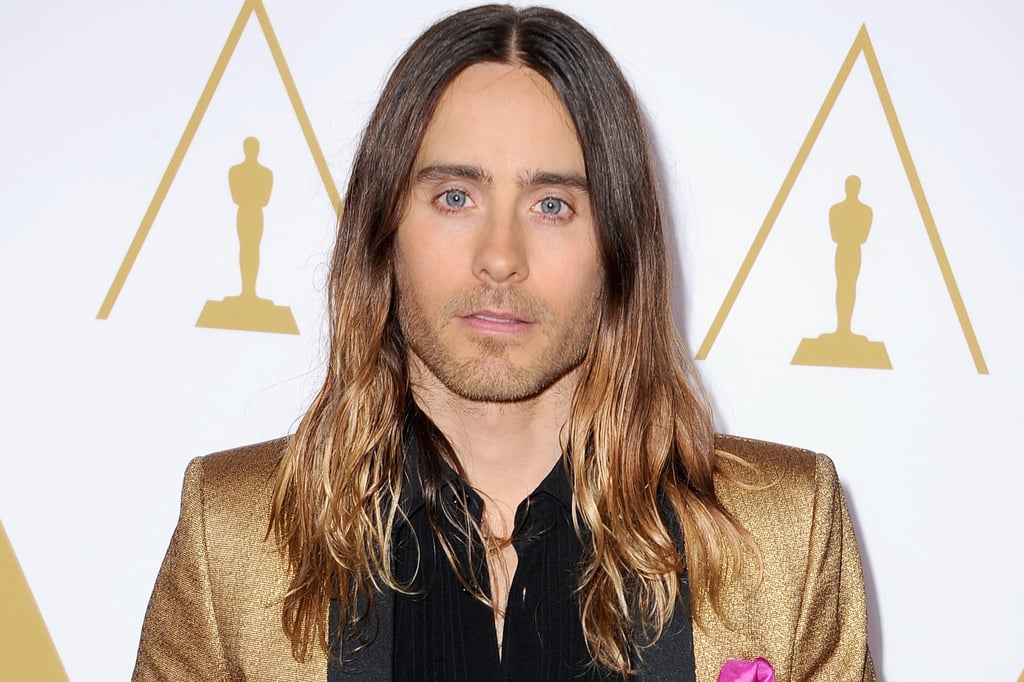 Jared Leto was one of the honored actors at this year's Oscar Nominees Luncheon, and when he stopped by the interview space to answer a few questions from reporters, he made the room swoon when he talked about how much he loves his mother, who's been his frequent date this award season. He also talked about how he's been dressing this award season and how he reacted to being heckled recently, but please, try not to melt at the way he talks about his mom.

Edward Norton
Between Janelle Monáe and Dave Bautista, the Knives Out 2 Cast Is Looking Pretty Damn Good
by Grayson Gilcrease 10 hours ago

Balmain
You Must See Rina Sawayama's BRIT Awards Dress From All Angles, but Especially From Behind
by Victoria Messina 16 hours ago