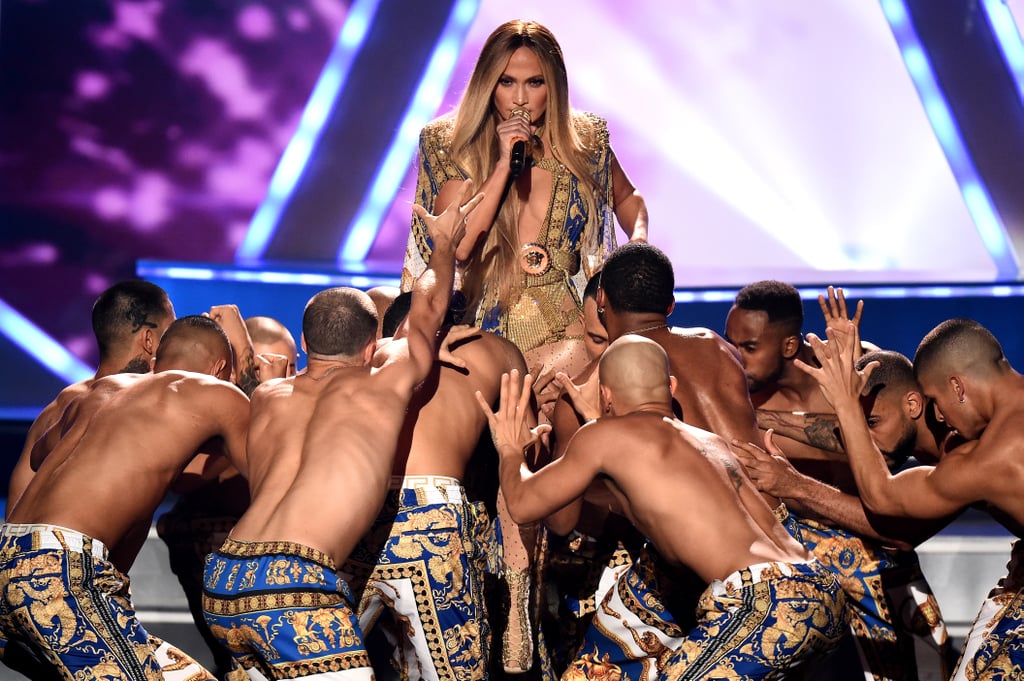 When MTV announced Jennifer Lopez was receiving the Vanguard Award, I literally squealed! She's making history as the first Latinx artist to ever receive the award. Since blessing the world with her music in 1999, Lopez has been releasing hit after hit. Just like her fabulous music videos, Lopez's performance at the 2018 MTV VMAs is one that will stay engraved in our minds for years to come.

The 49-year-old jack of all trades gave fans exactly what we wanted by performing a medley of her greatest hits like "Waiting For Tonight," "Dance Again," "Ain't Your Mama," "El Anillo," "Booty," "Love Don't Cost a Thing," "Get Right," and "All I Have." That was all before DJ Khaled stepped in as a hype man during an interlude. She came back with a completely new outfit and performed "Jenny From the Block" and "I'm Real" (with help from Ja Rule!) before ending with "Dinero."

Watch her do her thing ahead, as well as the best moments from the performance in (insanely gorgeous) photos.

Marry Me
Marry Me Isn't Based on J Lo's Real Life, but the Similarities Are Striking
by Alicia Geigel 2 hours ago 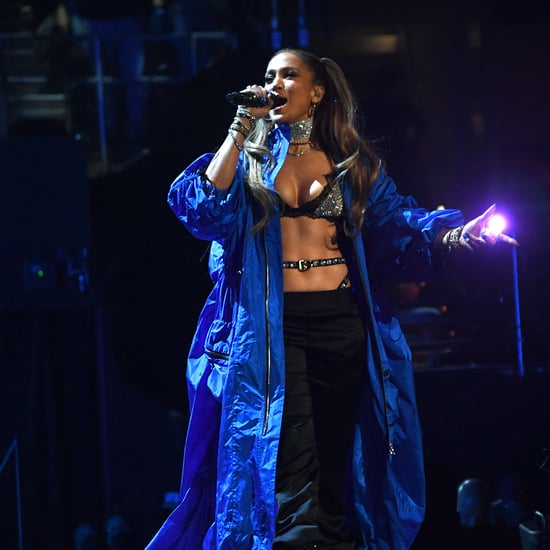