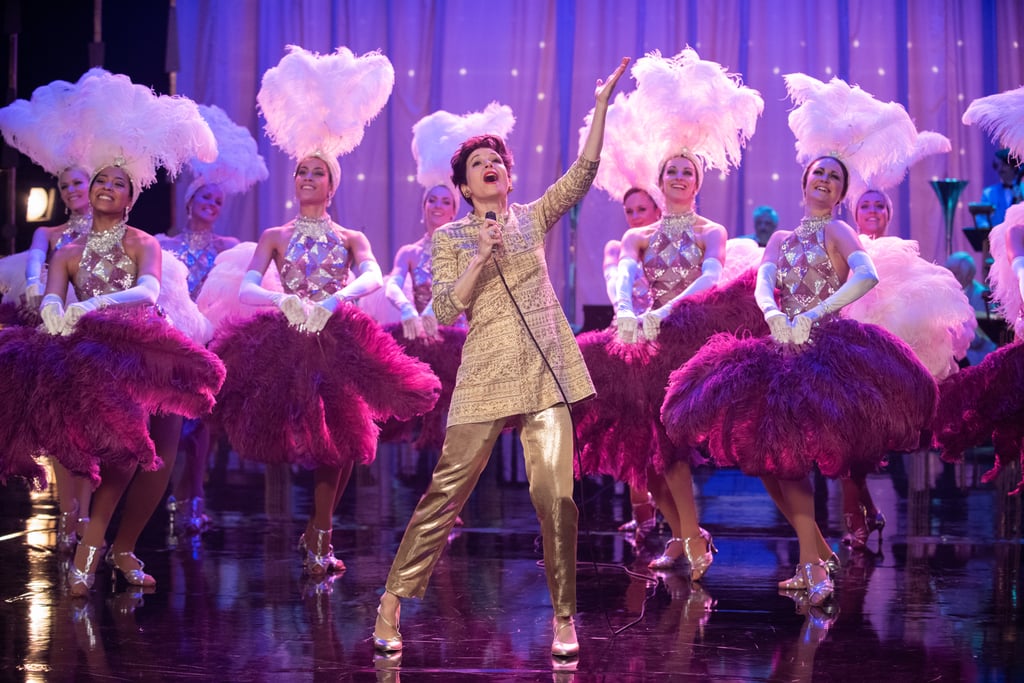 Renée Zellweger is taking us over the rainbow later this year in Judy, a drama set 30 years after The Wizard of Oz, following Hollywood legend Judy Garland's sold-out run at The Talk of the Town in London. The film will see Judy battling her management, performing some of her most iconic songs, and eventually falling in love with her soon-to-be fifth husband, Mickey Deans.

American Horror Story alum Finn Wittrock plays Deans, and in new photos released from the studio, you can get a glimpse of how their whirlwind relationship will play out onscreen. Keep reading to see more photos of Zellweger as "the world's greatest entertainer," and then make sure you check out the trailer for Judy before the film arrives in theaters on Sept. 27.

Animated Movies
Pixar's Luca Is a Sweet Summer Flick, but Here's What to Know Before Watching With Kids
by Alessia Santoro 3 hours ago