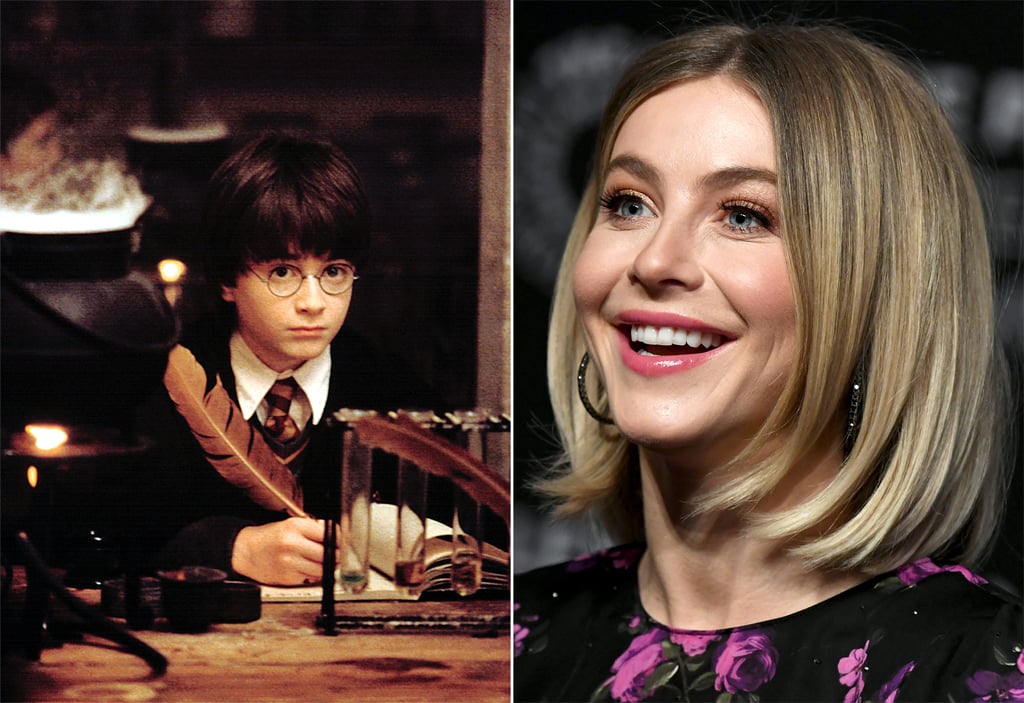 Julianne Hough is a witch! At least, she played one in an early-aughts movie we all know and love: Harry Potter and the Sorcerer's Stone. Both Julianne and her older brother Derek Hough appeared as Hogwarts extras in the 2001 film, leading to some exceptional throwback photos and plenty of Wizarding world interview fuel. How did they get so lucky without the help of the Felix Felicis potion? Well, according to fellow Dancing With the Stars pro and one-time foster brother Mark Ballas, it was a perk of attending a renowned performing arts school in London.

The Hough siblings have spoken several times about their experiences on the Harry Potter set, where they spent two months filming for the magical movie. "We would always get in trouble," Derek recalled to People. "I was in Ravenclaw — I stole the robe, the tie, the scarf, and I stole cutlery from the Great Hall! I was like, 'I'm taking this!' It was a big no-no; it was a big thing. And I was like, 'I'm taking a chance.' It was funny because we knew those movies were gonna be such a big deal."

Julianne has also reminisced about her crush on Daniel Radcliffe, revealing that she sent him a love note and a Beanie Baby during her two months on set — though she never heard back about her romantic gesture. Kids, am I right?

For the series' 20th anniversary in 2017, she posted a sweet memory on Instagram: "Happy 20th Anniversary Harry Potter! Remember that one time when I was 11 and a Gryffindor? Oh and apparently liked flirting with the Weasley twins?" Check out one of the scenes featuring Julianne ahead, then be sure to go back and spot the Hough siblings during your next Harry Potter marathon.