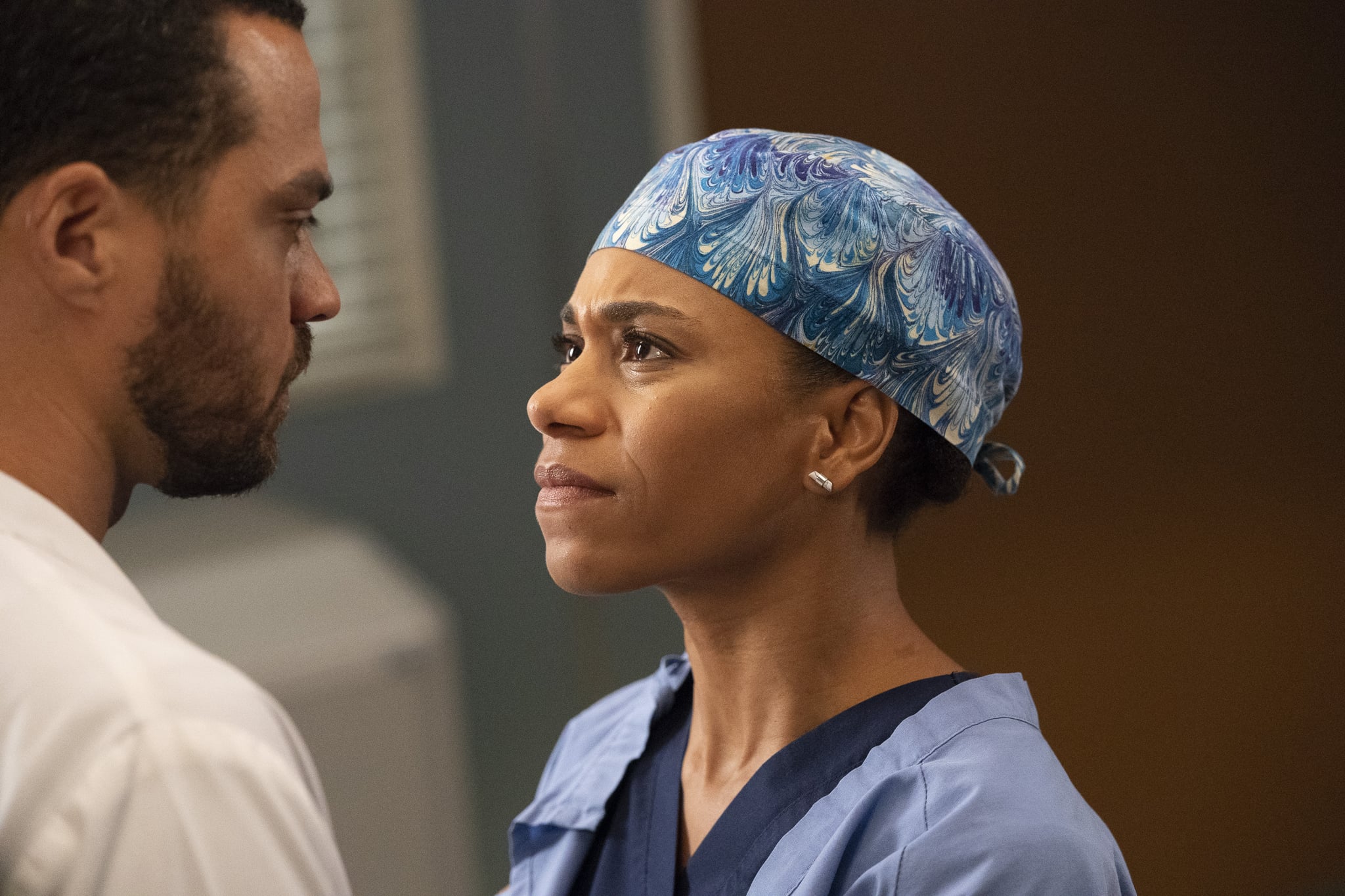 To say that Jackson and Maggie have had a hard road on Grey's Anatomy would be an understatement. After all, they managed to survive Jackson's crumbling marriage with April, the fact that he up and ghosted (right after saying "I love you" to Maggie!), and his sudden spiritual awakening. Now, Maggie is facing something even more difficult: opening up to Jackson and letting him open up to her in return. In the season's seventh episode, which aired Nov. 8, it didn't seem like she was up to the challenge.

Luckily, it doesn't seem like everything's over for the lovebirds. Kelly McCreary sat down with POPSUGAR to talk about the ins and outs of their big emotional breakthrough and what Maggie might be working through going forward. Don't give up just yet!

Related:
Hello, I Am ALL the Way Here For This New Gay Romance on Grey's Anatomy

POPSUGAR: So, this was a really big episode for Maggie and Jackson. Can you break down Maggie's big struggle right now?

Kelly McCreary: Basically, it's really confronting for Maggie, because it's hard for him to share with her. And as good of a person that she is, and as much as she is there for people, she doesn't share with them. And it's hard to share with somebody who doesn't share with you. I loved playing the storyline, because that's what relationships are for. They're supposed to hold up a mirror to you and go like, "You're wonderful but you have a blind spot to this," or, "You have a deficit in this. And this is how you can sort of be better."

Maggie finds out that she has had a history of running away from hard conversations and for fear of being lonely, for fear of losing the relationship. And having that realization and realizing that it's getting in the way of something that she wants . . . it forces her to have to decide what she's going to do about that.

PS: Yeah. But it also kind of seems to me like a two-pronged thing. I mean, Maggie has always struck me as someone who craves love, and who wants to be loved, and who is, I think, lonely deep down. Because she grew up being a prodigy, and being the outsider, and always not really fitting in.

"You only stay in the conversation when you really love someone. I think there are some kinks to work out."

PS: I wonder if you agree that she throws herself into relationships that might not be right for her, just because she wants to be in a relationship.

KM: I think that Maggie has gone her whole life being afraid of this kind of emotional intimacy. So she's going to come out on the other side of this a different version of herself than she was before. Right? That's inevitable. It may take time. It's not going to happen overnight. But who she finds out that she is and what kind of relationship she realizes that she wants might be different than before.

PS: Are they going to survive this storm? Do they want to survive it?

KM: I think you can only have these kinds of hard conversations when you really love someone. You only stay in the conversation when you really love someone. So yeah. I think there are some kinks to work out. And yeah. I mean, I guess I've always felt like this relationship for Maggie is the one that is really going to help her learn and grow the most.

PS: For better or worse.

KM: Yeah, for better or worse. And so I think the potential for growth is so enormous that it's hard. It is hard to predict, but I think they will survive it.

PS: Can we talk a little bit more about this April reveal?

KM: Listen, the conversation is really, really intimate and emotional, and there's profound honesty from both of these characters that's hard to say and hard to hear. And ultimately, it's about Jackson grieving the end of his marriage. He's grieving it now, which is obviously too late. April is married and moved on. But that's a natural process to go through. 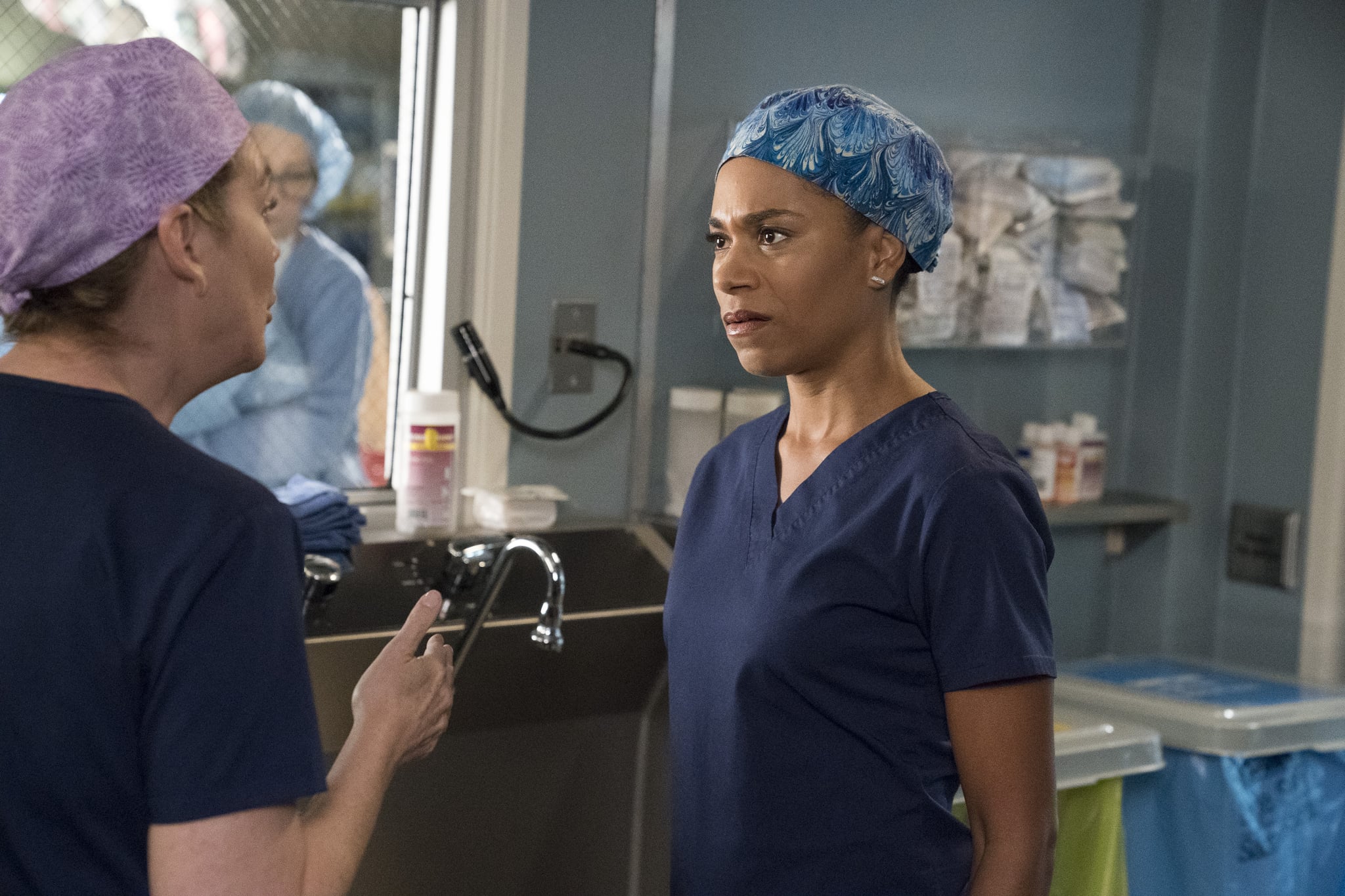 PS: Maggie's obviously about to deal with a great deal of relationship trauma and stuff. And Meredith is just forging back into the dating world. I mean, are they going be bouncing things off each other?

KM: Well, it's interesting. It's kind of what comes up between Jackson and Maggie: Maggie remains steadfastly there for Meredith and vice versa. And I think that it's very much just comfortable and easy. I think the first few years that they knew each other, they were just getting to know each other and inserting each other into their lives. Now they're well-integrated. Maggie's fully a member of the family.

And there's that great moment where the two of them are just passing each other in the hallway. And Maggie's going like, "Jackson disappeared, and I got a text message." And Meredith's like, "What you're feeling right now is fury." And I love that because they just have this shorthand. They have a total understanding of each other. They can see each other, read each other, and say, "Here's what you need." So that's what I love. It's snappy. It's quick. It's a shorthand and a very comfortable dynamic.

PS: So, for months now this has been talked about as a season of love. I mean, at the end of the day, is Maggie's big journey this season more about finding self-love or about being able to let herself fall into love with someone else?

KM: I think you can't have one without the other. You cannot have real love with another person without having some real love for yourself first. Maggie does not lack in self-esteem. That's for sure. And I think she does really love herself. And I think that this season is about loving herself enough to do better and step it up.

Note: This interview has been edited and condensed for clarity.