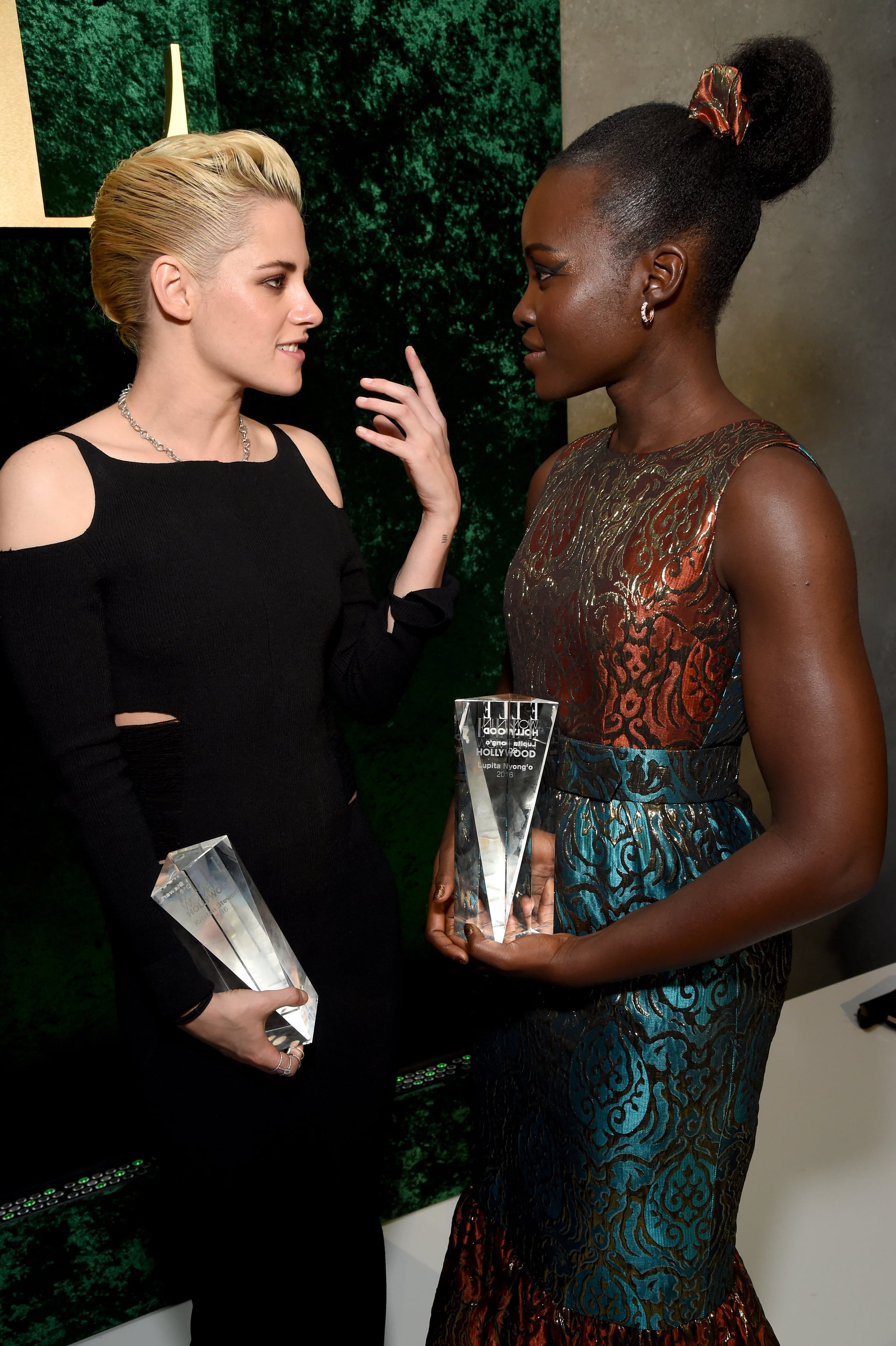 If the rumors are true, the impending Charlie's Angels reboot will be exceptionally good. Sony has already begun casting for the classic action movie, and Lupita Nyong'o and Kristen Stewart are reportedly being considered for two of the leading roles, Variety has learned.

Though the casting rumors are still hearsay, other facts about the reboot have us excited. Following her directorial debut with Pitch Perfect 2, Elizabeth Banks has signed on to direct and produce. The movie is set to be released in the Summer of 2019, and it will likely spawn an entire franchise, much like the two Charlie's Angels movies of the early 2000s.

Nyong'o and Stewart have yet to work alongside each other in a film, making this a particularly exciting possibility. Sony has yet to confirm or deny the rumors, so in the meantime, we'll just get started on our own fan fiction.