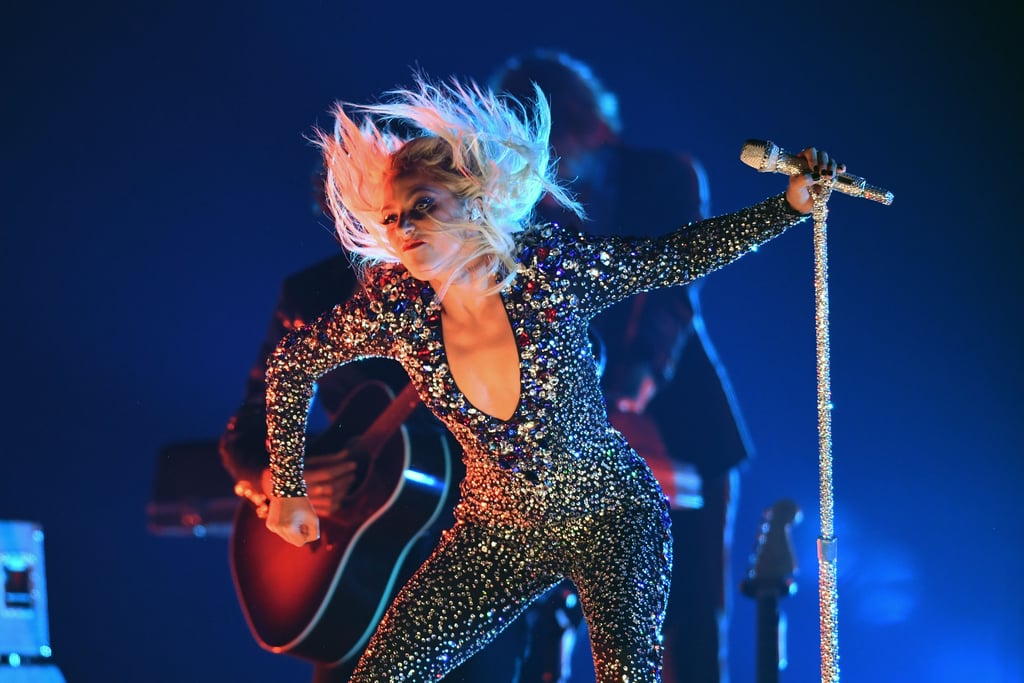 Well, it's official: Lady Gaga is having the best month ever, and it's only just begun.

The pop superstar and Oscar nominee had barely made her way down the Grammys red carpet before it was already announced that she won two of the night's big awards: best pop solo performance (for "Joanne (Where Do You Think You're Goin'?)") and best song written for visual media (for "Shallow" in A Star Is Born). While sadly, her handsome costar Bradley Cooper didn't pop up on stage when Gaga picked up the award for best pop duo performance OR when Gaga belted out the song from their award-winning film, there's no question she brought down the house all on her own.

Whether it's on stage or on screen, Gaga never fails to leave audiences stunned with her passion and undeniable talent, and Sunday evening was no different. The eight-time Grammy Award winner didn't hold back while banging her head in the air and giving the typically emotional song a grittier edge. While it was an unexpected move, she sang her heart out (especially when she hit THAT note). Watch the memorable moment ahead, then check out reactions to Lady Gaga's performance and make sure you listen to the latest cover of "Shallow" that has the internet weeping.