Seth Meyers is making the jump from Saturday Night Live to the late-night scene when he takes over Jimmy Fallon's post on Late Night on Feb. 24, but he's not leaving his SNL roots behind. There will be a lot of aspects that Late Night With Seth Meyers will borrow from SNL, from the first guest to the ways "Weekend Update" will influence the show, and here's how. 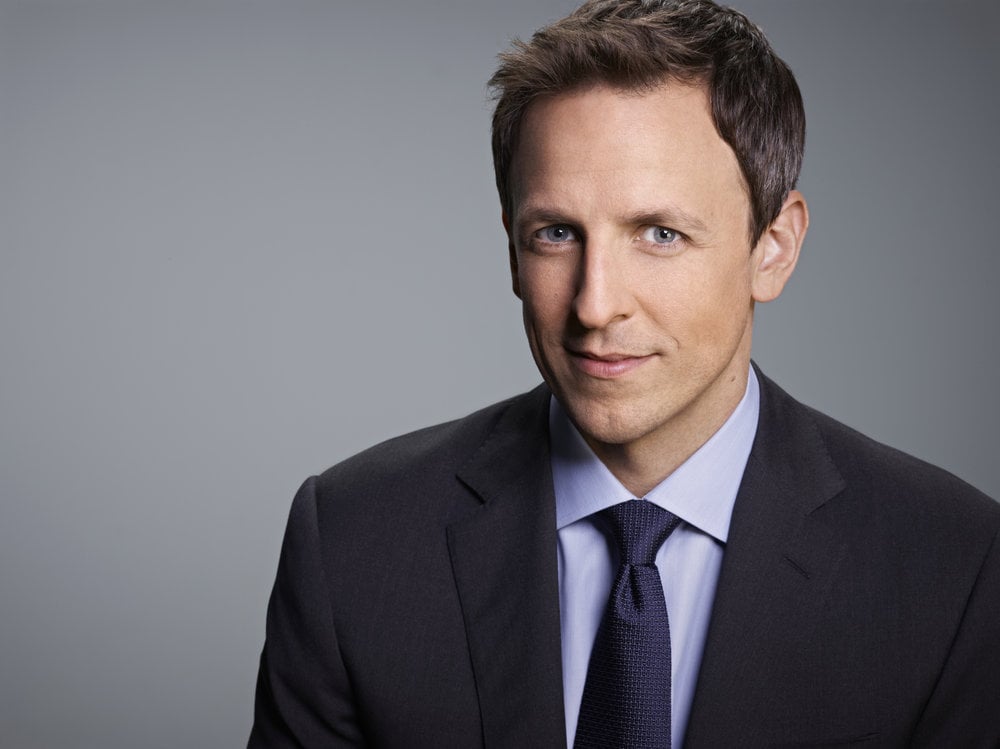 Meyers said that Late Night will have "the creative DNA of 'Weekend Update,'" and instead of the taped skits Jimmy Fallon was known for, he'll mine current events for laughs. He also mentioned that he'll be glad to be on nightly for more timely jokes, since the weekly format of "Update" often meant that certain things would be stale by the weekend. As for the guests of the show, Meyers said they would be "approaching it the same way we approach 'Weekend Update,'" and have more authors, politicians, and athletes on the show. "We're open to everything," he said.

Amy Poehler will be the first guest!

Meyers announced that Poehler, his former "Weekend Update" coanchor, will be the first guest on his Feb. 24 debut.

There will be fun fictional characters like those on SNL.

While Meyers said we probably wouldn't see former SNL characters like Stefon (tear!), they will be creating new, fictional people to have on as guests. "It will be fun to develop characters like that who can live on this show," he said, adding that they'd lamented creating the hilarious movie reviewer Jebidiah Atkinson (played by Taran Killam) for SNL and not Late Night. "We should have waited six months!" he joked.