This year, we're already expecting some brutal extraterrestrial horror in the form of Alien: Covenant, but Life (starring Jake Gyllenhaal and Ryan Reynolds) really took us by surprise. The marketing and the trailer seemed modest enough; it looked scary, sure, but it came across more as a "thinker" alien movie than a straight-up bloodbath. Let's just say we were very, very wrong. In fact, Life is so unsettling and nightmare inducing, we'd like to issue an advanced warning that it's really not for the faint of heart. If you feeling like you can't stomach its horrors or you're just curious about the ending, we're breaking down the shocking conclusion of the film.

Here's the basic premise: A group of astronauts has been living in the International Space Station for months. Their mission is to recover a sample from Mars and see if they can foster intelligent life from it. And they do! They nurture a small alien life form that earns the name Calvin, but they soon realize they were better off leaving well enough alone.

First things first, what does Calvin look like? In his smallest form, he's kind of just like a small, translucent starfish. Every time he kills someone, he grows bigger and scarier. The first murder turns him into a small octopus-looking creature. The next couple turn him into what looks like a big, scary stingray or manta ray. In his final form, he has a ton of tentacles, and even a skull-like head with eyes and face. It's horrifying.

Long story short, everyone dies. Sorry! It seems like it's going to go that way pretty early on. After all, Rory Adams (Ryan Reynolds) dies within in the first 30 minutes, and the subsequent deaths happen pretty shortly thereafter. Plus, the woman leading this expedition, Miranda (Rebecca Ferguson), makes it pretty clear that top priority is to not let Calvin reach Earth . . . even if it means ejecting themselves into deep space. Let's break everything down.

As we mentioned, Rory's the first to go. Remember that gut-wrenching moment from the trailer, when Calvin latches onto the hand of Hugh Derry (Ariyon Bakare)? This lasts an excruciating amount of time, and Calvin crushes his hand completely, leaving it a useless, bloody bag of bones. Hugh passes out from the pain, and while Calvin is distracted, Rory enters the quarantined space to retrieve Hugh. While he manages to get Hugh out of the room, he doesn't make it out in time before Calvin realizes what's going on and tries to escape. The other astronauts are forced to seal the room again, and Rory's trapped inside with Calvin.

What happens next is hard to watch. Rory tries to destroy Calvin with a flamethrower, and even though he gets in plenty of good hits, he's not able to get the job done. Calvin then attacks Rory and crawls inside his body through his mouth, and wrecks him from the inside. Rory starts gurgling gallons of blood and dies shortly thereafter. Rory's flamethrower sets off the sprinkler system in the room, and Calvin escapes into the vents. 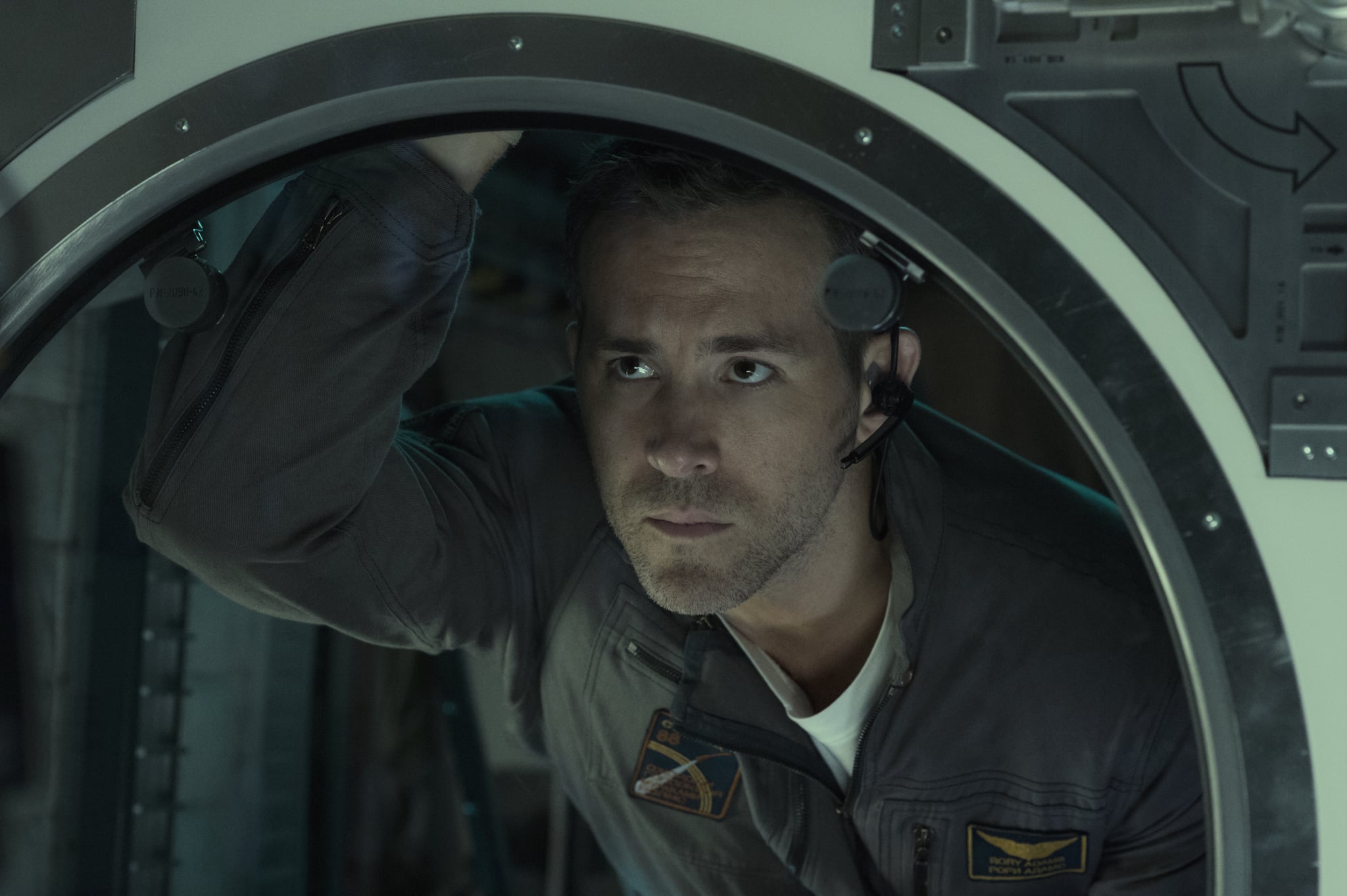 From there, Calvin is on a rampage, but we're going to skip to the twist end, where sh*t really goes down. The astronauts get taken out one by one: Ekaterina (Olga Dihovichnaya) drowns in her spacesuit after Calvin causes it to fill with antifreeze, Hugh dies after Calvin drains him of blood, and Sho (Hiroyuki Sanada) gets massacred during a botched Earth-sent rescue that leaves the ship irreparably damaged. All the ship's systems are failing, and David (Jake Gyllenhaal) estimates it'll be about 30 minutes until the International Space Station enters the atmosphere and Calvin makes it to Earth. But then! He remembers the two escape pods!

The plan thus becomes this: David will lure Calvin into his escape pod, override the autopilot, and steer it into deep space. It's fine; he just broke the record for most consecutive days in space, and he admits that he's kind of tired of humans and doesn't want to go back to Earth. Miranda will take the other escape pod and land safely back on Earth.

Here's the twist: everything goes wrong. Miranda somehow gets thrown out into deep space, and David's pod (with Calvin included) crash lands into the ocean. Considering how rapidly Calvin grows and how viciously he kills everyone on the space ship: it's clear that his arrival on Earth will likely mean the end of human kind. Not only do all the characters die in Life, but it's implied that every other human dies too. How's that for a bleak conclusion?

Holiday Movies
Hugh Grant Reflects on the Legacy of "Love Actually": "It Is a Bit Psychotic"
by Eden Arielle Gordon 17 hours ago

by Alicia Geigel 42 minutes ago

by Maggie Ryan 57 minutes ago