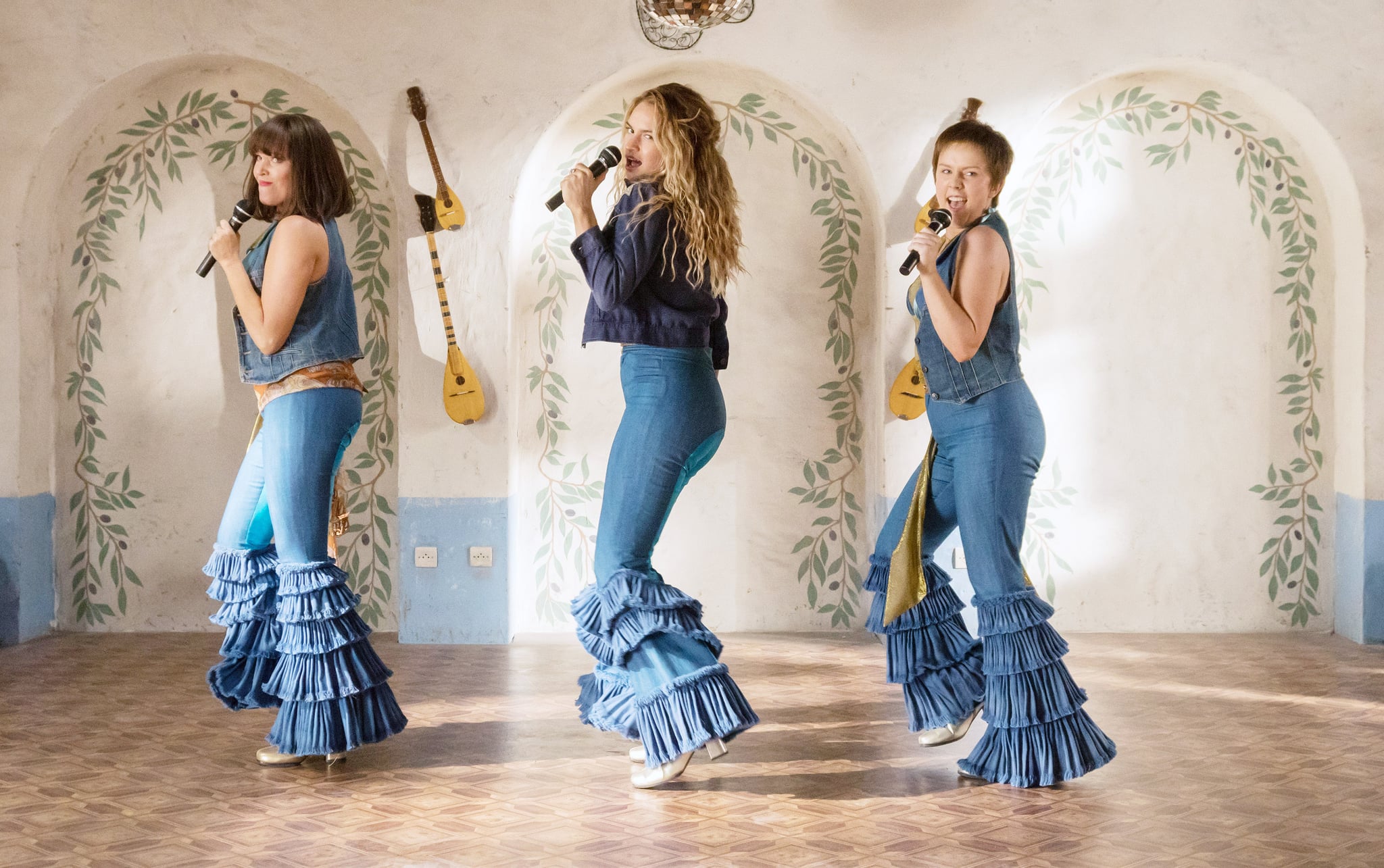 Lily James has some pretty big shoes to fill in Mamma Mia! Here We Go Again. For the upcoming Mamma Mia! sequel, the British actress will be playing a younger version of Meryl Streep's beloved character Donna. Aside from interacting with younger versions of Sam, Harry, and Bill in the film, she'll also be teaming up with the iconic girl band Donna and the Dynamos for a few fun-filled performances. After hearing her moving performance of "Mamma Mia" in the official trailer, you're probably wondering, is Lily James really singing in the movie?

Well, the short answer is yes. In fact, James got Streep's seal of approval for her incredible voice. "I had no idea Lily James had these singing chops," Streep said in a featurette for the sequel. "She shakes the rafters. She's amazing." Of course, this isn't the first time we've heard James's lovely voice before. In 2015, she sang "A Dream Is a Wish Your Heart Makes" in Disney's Cinderella.

While James is no stranger to music, the Mamma Mia! sequel has helped her become more confident with singing. The actress recently told The Daily Mail that her role as Donna has actually helped her find her voice again, so to speak. She explained that she had to "release [her] inner pop star again" when she auditioned in front of ABBA legends Benny Andersson and Björn Ulvaeus for the role. "I loved singing as a kid, and then I stopped and I would never get up and do karaoke," she explained. "I lost my confidence and then suddenly I was forced to embrace it full throttle." Well, we certainly think she nailed it seeing as we can't stop replaying the incredible soundtrack.