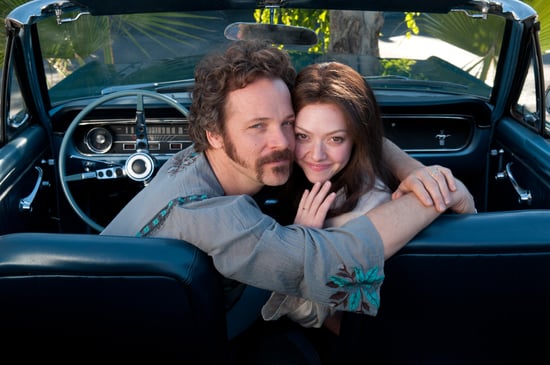 Warning: not only is the truth extremely disturbing, this article contains spoilers about what happens in the movie. Now that you know, read on.

Her Friends Heard Traynor Beating Her and Ignored It
At one point in the movie, the cast and crew of Deep Throat are having a party, and when they hear bumping coming from the next room, they assume it's Lovelace and Traynor having sex, so they turn up the music. In real life, the crew actually turned down their music and heard that Lovelace was actually getting a tremendous beating from Traynor, but no one ever went to help her, even as she screamed that he was hurting her: "My only hope was the men in the next room. It had grown quiet as a tomb in there . . . but no one came."

She Had a Relationship With Sammy Davis Jr.
Another aspect of Lovelace's life that is completely left out is her relationship with Sammy Davis Jr. They began an affair, and Davis Jr. claimed he would leave his wife for her. But when Lovelace came clean about the abuse she'd been suffering at Traynor's hand, he declined to help her.

Find out more when you keep reading.

Traynor Let a Group of Men Gang Rape Her
Lovelace's breaking point in the movie comes when Traynor prostitutes her out against her will to a room full of men. In reality, this is one of the first things that happened in their relationship, way before Deep Throat. She wrote, "I suddenly realized that Chuck was crazy, really insane, that he actually expected me to take off my clothes and go out there to have sex with five strangers. When he took his hand out of his trouser pocket, he was holding his pistol and pointing it at me."

Traynor Was Never Punished
There's a triumphant moment at the end of the movie when Traynor finally gets his comeuppance, getting the beating of a lifetime from people protecting Lovelace. This didn't happen. In reality, Lovelace made a couple attempts to escape Traynor, but the time she finally got away, the only one who helped her is her secretary from Lovelace Enterprises.

by Kara Kia 18 minutes ago