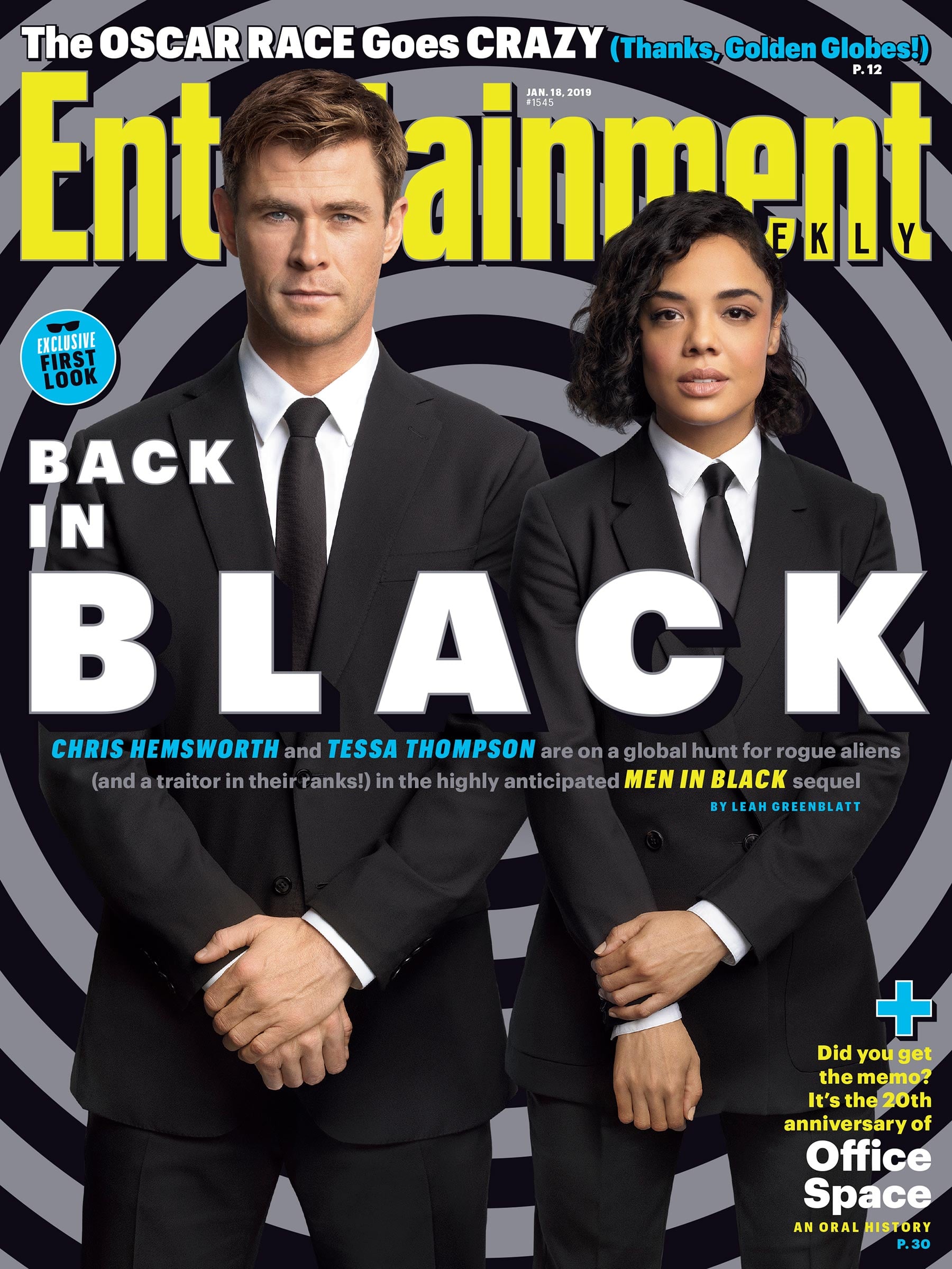 Anticipation is building for the all-new Men In Black International, which already boasts an incredible cast and a jam-packed first trailer. Now, thanks to Entertainment Weekly we're getting even more exciting tidbits about the film, which is kind of a sequel and a reboot all rolled into one. "[It's] a sort of reinvention, an opening up of the original franchise that aesthetically is a lot different," star Chris Hemsworth said in the cover story. "Like the geography of this one, we're not just in New York — we're in Istanbul, Italy, London."

So, what else have we learned from this piece? As it turns out, it's a mini treasure trove of hints as to what we can expect when the film hits theaters on June 14. Buried in the text are little factoids about the alien critters we'll be meeting, a new cast member, and some hilarious quotes about Hemsworth's difficulty breaking out of his superhuman Thor mindset for the film's stunts. Let's break down the coolest new things that we've learned.