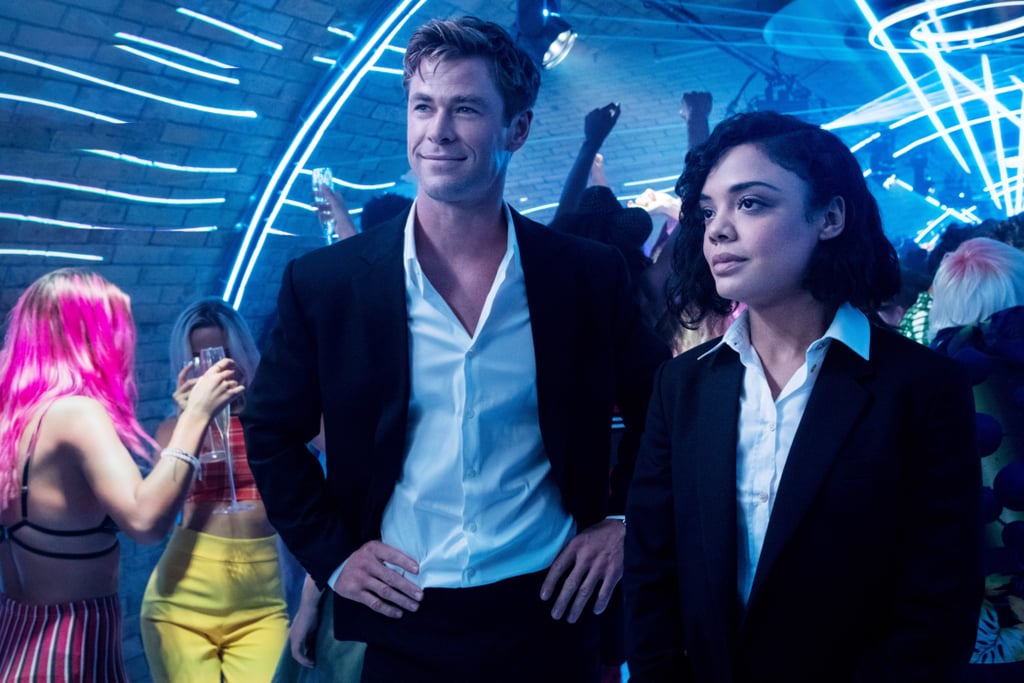 The Men in Black: International Soundtrack Is — Excuse the Pun — Out of This World Good

Men in Black: International might not have the Fresh Prince performing his classic jam, "Men in Black," but that doesn't mean the soundtrack is lacking in bops! The latest entry into the MIB franchise is full of action, aliens, and seriously jamming tunes. Did you think you'd have the urge to listen to Fergie's "London Bridge" in 2019? Well, that's the magic of Men in Black, movie fans! Only a few songs from the soundtrack have been revealed, but they are more than enough to have us dancing around in our tailored black suits and sharp sunnies. Check out the released tracks ahead and stay tuned for the rest!

Related:
Here's How Men in Black: International Fits Into the Rest of the MIB Universe
Previous Next Start Slideshow
MusicMoviesMovie SoundtracksMen In Black International

Music
If You're Not Familiar With Lucy Dacus's Indie-Rock Sound Yet, This Playlist Is For You
by Chanel Vargas 11 hours ago

Spotify
Spotify Released an App Called Greenroom, and It's Super Similar to Clubhouse
by Haley Lyndes 17 hours ago

Miley Cyrus
Miley Cyrus's Pride Special Looks Like a Big Party, and We Can't Stop Watching the Performances
by Kelsie Gibson 17 hours ago