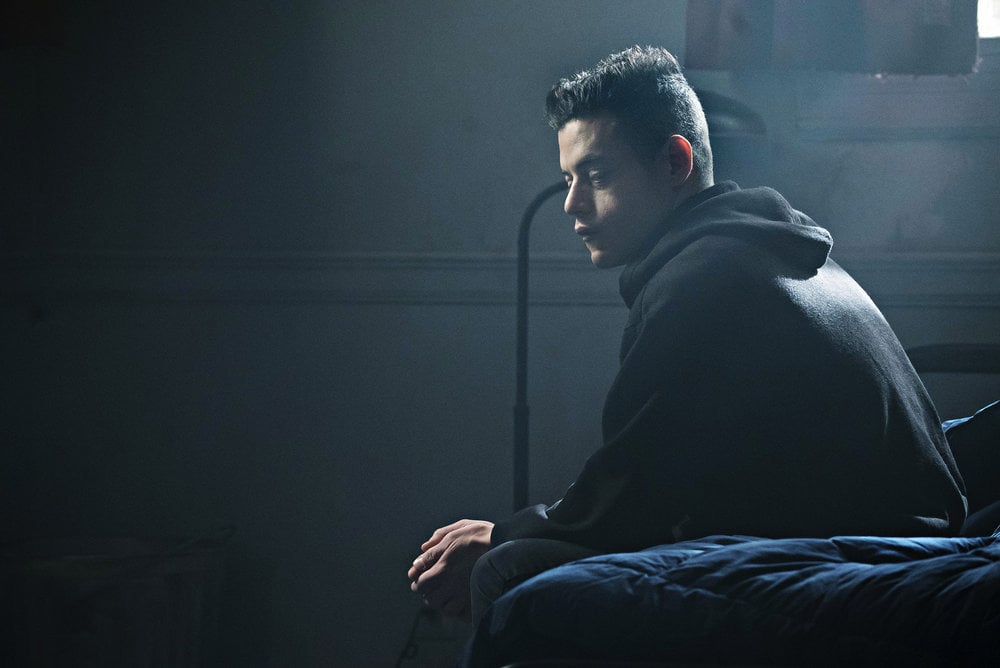 Mr. Robot's first season taught us all not to take anything at face value, so if you're assuming that what we see in the season two premiere is reality, you should seriously rethink that. As it appears, Elliot is back in Queens living with his mother in the wake of the hack on Evil Corp — or is he? Reddit user Extenso posed a theory that he's not at home at all: he's in prison.

Among the points that support this theory are the fact that Elliot's room is small and minimal, he's not using a computer, his "mother" acts suspiciously like a guard, and he has a very strict routine. As another user points out, Ray could be a prison guard, which is why he has a bloodhound (aka a drug-sniffing dog). Remember how Leon gets hyper-aggressive when the basketball goes under his seat on the bleachers? The prison theory would explain why a fight breaks out over something so small.

It makes a lot of sense, but there are other theories out there too; Elliot could also be in a mental institution. The big twist about Mr. Robot came toward the end of season one, but hopefully we'll get to the bottom of this sooner!