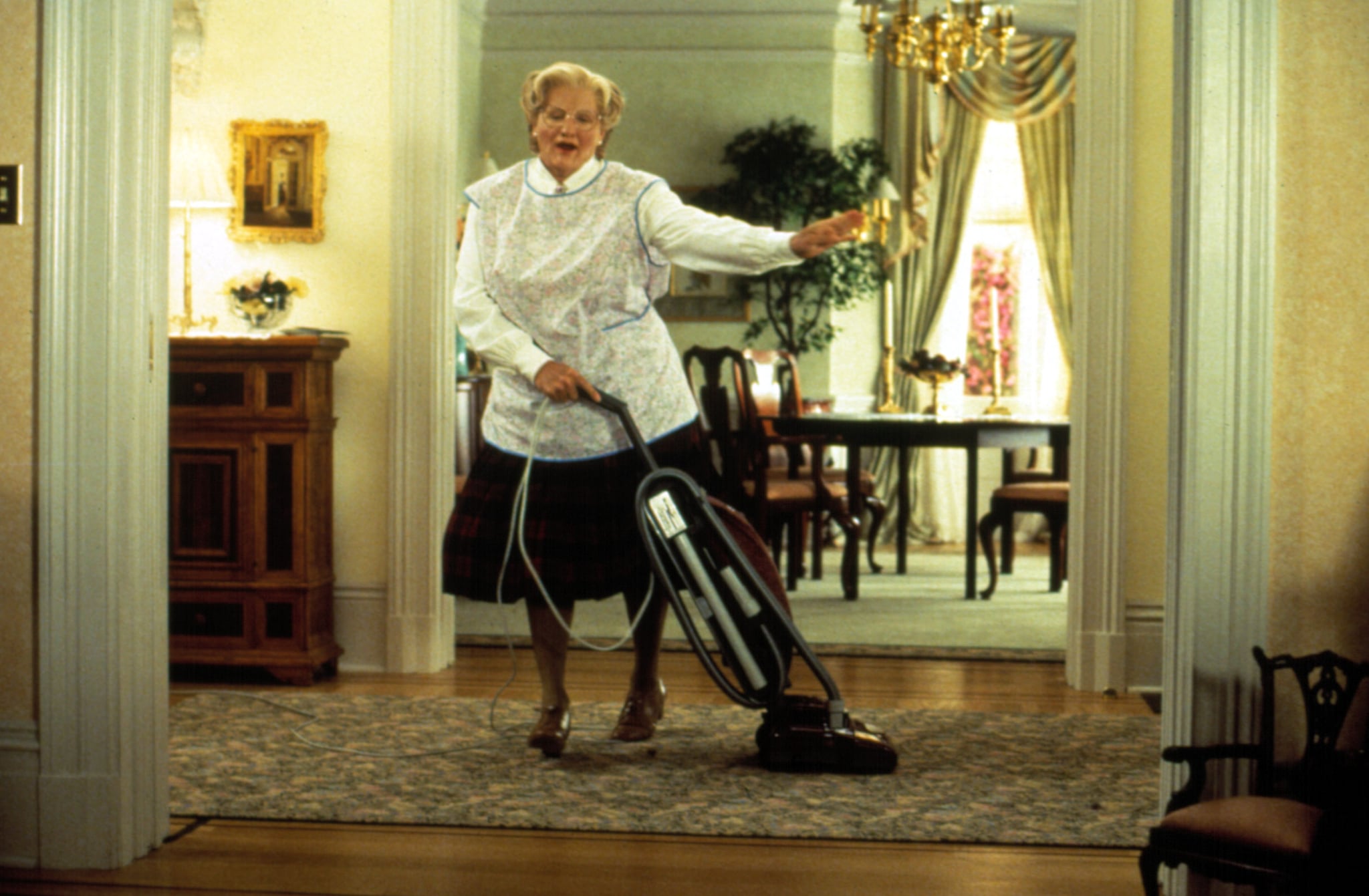 Mrs. Doubtfire is (finally) headed to Broadway! The musical adaptation of the classic 1993 film has been in the "early stages" since 2015 — which is when we first heard about the project — but after s Seattle-run that starts this November, Mrs. Doubtfire will begin performances at the Stephen Sondheim Theatre on March 9, 2020, and officially open to the public on April 5.

This announcement has been a long time coming. Back in 2015, Alan Menken revealed to Entertainment Weekly that he was composing music with David Zippel writing the lyrics and Broadway veteran Harvey Fierstein writing the book. A year after that, the Oscar-winning composer told Digital Spy that a change of lyricist and convoluted schedules led to the project being put on a "creative hiatus."

It wasn't until August 2018 that the creative team behind the musical adaption was officially brought together. Fox Stage Productions and producer Kevin McCollum announced the news in a joint statement, saying, "Mrs. Doubtfire is such a beloved story, both laugh-out-loud hilarious and extremely moving. Getting this team together and crafting Mrs. Doubtfire for the stage has been pure joy. We can't wait to get into production."

Four-time Tony Award winner Jerry Zaks serves as the musical's director with a book from Something Rotten!'s John O'Farrell and Karey Kirkpatrick. Despite Menken's earlier involvement, Karey and Wayne Kirkpatrick handled music and lyrics with choreography from Lorin Latarro, and music supervision by Ethan Popp. The production's cast contains a few familiar faces for musical lovers, including Beetlejuice's Rob McClure as Daniel Hillard, Jenn Gambatese as Miranda Hillard, Brad Oscar as Frank Hillard, Analise Scarpaci as Lydia Hillard, Jake Ryan Flynn as Christopher Hillard, Avery Sell as Natalie Hillard, and Mark Evans as Stuart Dunmeyer. We can't wait to see what they come up with!