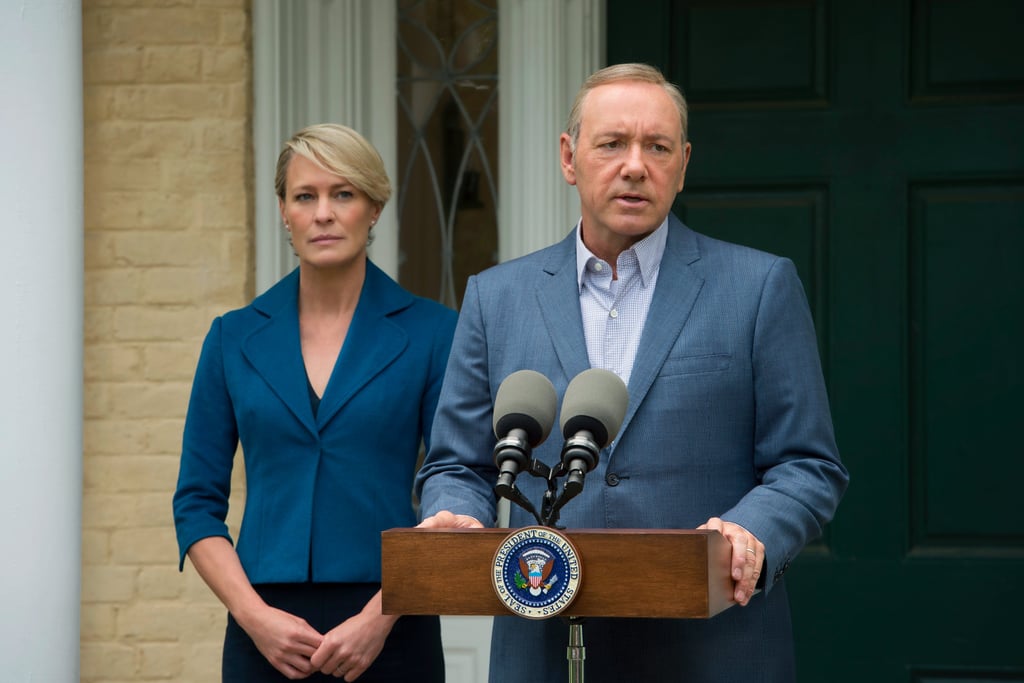 Netflix has established itself as a major player when it comes to original content, and while we have been enjoying the movies it's been releasing, it's hard to top its TV series. Already this year, we've gotten new shows like A Series of Unfortunate Events and Santa Clarita Diet. We're looking forward to the premieres of 13 Reasons Why and Girlboss, but we may be even more excited for the returns of Orange Is the New Black, House of Cards, and Stranger Things. To help you prepare, we've put together a handy-dandy calendar of premieres, beginning in January (in case you missed anything!) and continuing through to October. Note: There are a few missing months, since Netflix hasn't officially scheduled anything yet.

Previous Next Start Slideshow
NetflixTVBest Of 2017
Around The Web