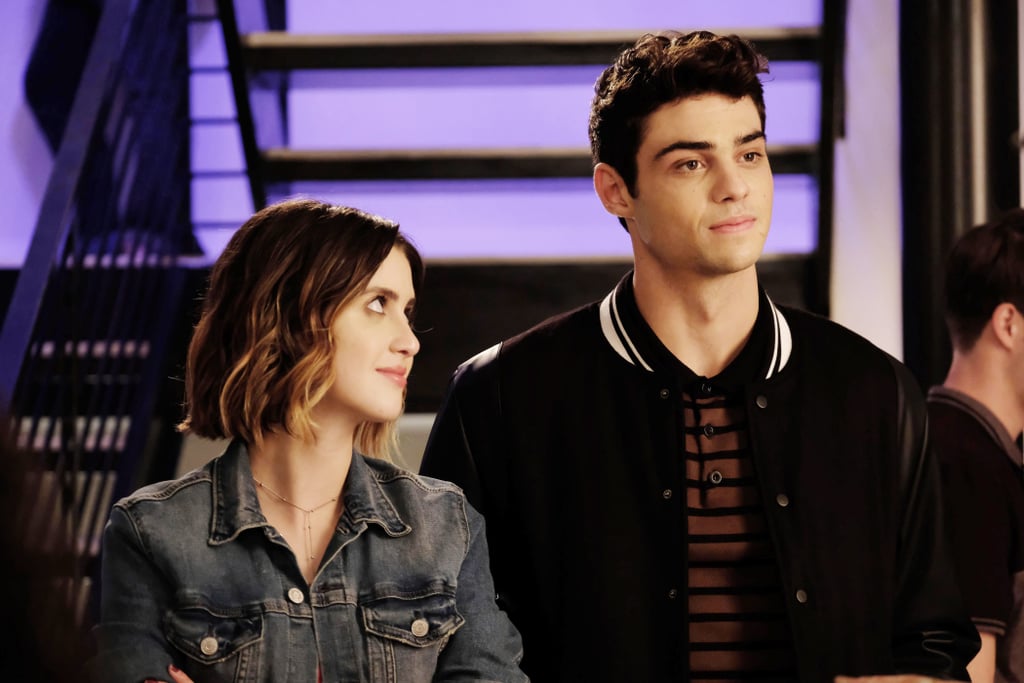 Um, can we just take a second to talk about Noah Centineo and Laura Marano's insane chemistry? Netflix dropped their latest rom-com, The Perfect Date, over the weekend, and we could not think of a better casting choice. The film follows Centineo as a high school student named Brooks Rattigan who tries to raise funds to attend Yale by creating a dating app that "sells himself as a plus-one for all occasions" (yes, really). Along the way, Brooks meets Celia Lieberman (Marano) and the two end up unexpectedly falling for each other. While their romance may come as a surprise to them, we saw it coming a mile away, and it turns out this isn't the first time Centineo and Marano have played love interests.

Long before Centineo and Marano were hitting the dance floor at school formals, the actors appeared together on Disney Channel's Austin & Ally. Marano starred as Ally Dawson, while Centineo appeared on three episodes as Ally's former crush Dallas in 2012. "We were able to have some pretty deep, mature conversations, which brought us closer and helped with our chemistry and the bond overall in the movie," Marano previously told The Hollywood Reporter of their reunion. "The movie is a pretty light movie, but having that trust with your cast does make the process easier acting with them." The Perfect Date also stars Camila Mendes, and if you haven't watched it yet, what are you waiting for?

Movies
It's Official, Human Beings: A "Community" Movie Is Coming to Peacock
by Victoria Messina 2 hours ago

Netflix
Who Was Tony Hughes, Jeffrey Dahmer's 12th Victim, and Where Are His Family Today?
by Pallavi Bhadu 5 hours ago

by Mekita Rivas 7 hours ago