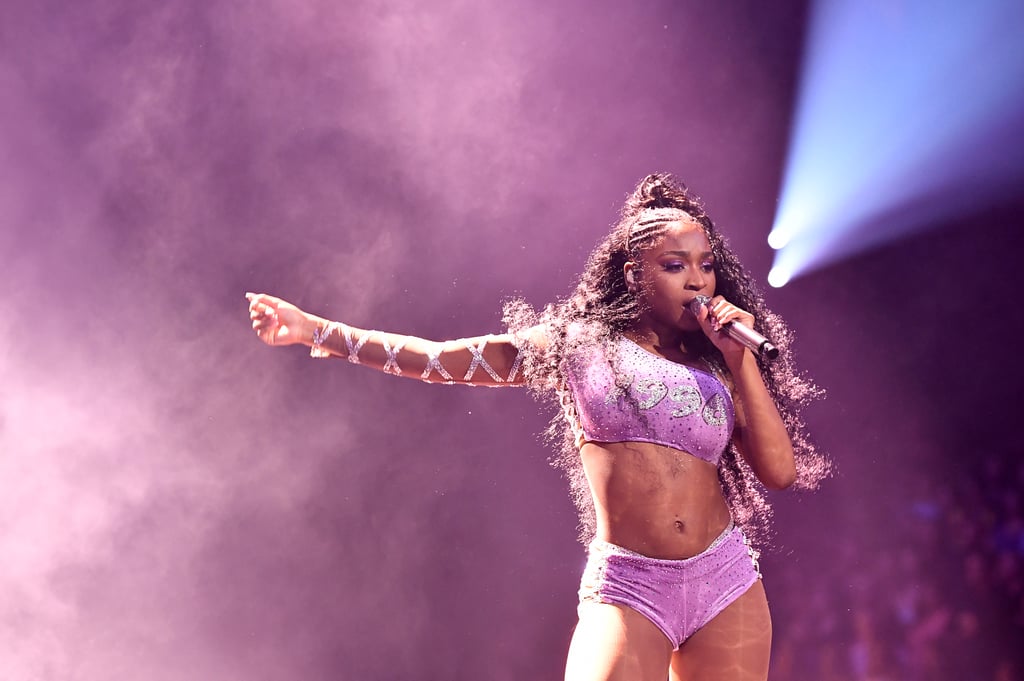 Normani practically broke the internet with her "Motivation" video drop on Aug. 16, and her first performance of the song at the MTV VMAs was nothing less than sensational. On Monday, the breakout solo star hit the stage to perform the hit song and gave fans a live taste of those sexy moves she's become well-known for. We are obviously all the way here for the fun theatrics she incorporated — just like she did in her music video — but like everyone else, we're still mesmerized by that headstand drop into a split during the dance break!

Watch Normani's booty-popping performance and see some photos ahead, because we're going to need all the proof that she did, in fact, do the damn thing.

Related:
I Literally Gasped Seeing Normani at the VMAs, and That's Really All That Needs to Be Said
Previous Next Start Slideshow
MTV VMAsMusicNormani KordeiAward SeasonTV