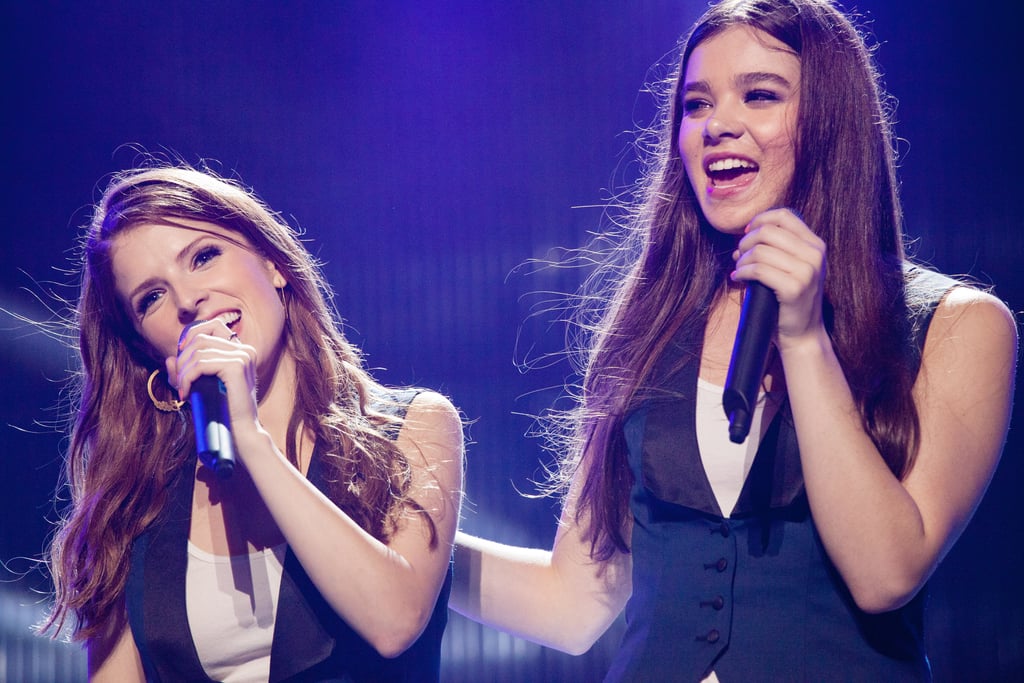 Get ready, pitches, because a fourth Pitch Perfect movie may be in the works. Although the studio hasn't shared anything official, some of the film's core cast members have been dropping hints left and right that another sequel could be on the way.

Most recently, Dickinson star Hailee Steinfeld, who plays Emily in Pitch Perfect 2 and the third film, stopped by Watch What Happens Live to weigh in on the rumors:

"I have no idea, and I mean that truthfully. If it is, I would love to do that again. If there is a fourth, that would be news to me, and very exciting news."

Steinfeld's admission was preceded by another major clue courtesy of cast members Anna Camp, Brittany Snow, Rebel Wilson, and Chrissie Fit. While attending Camp's birthday party in 2018, they posed for a photo where each of them held up four fingers, which many fans took as a nod to Pitch Perfect 4. Plus, they all captioned the photo with four hearts when posting it on Instagram, which further teases a possible fourth installment.

Related:
Listen Up, Aca-Ballers! Hailee Steinfeld Is Keen For Pitch Perfect 4, So Now It Needs to Happen

To add fuel to the flames even more, Wilson gave fans even more hope when she sat down with Ellen DeGeneres in October 2018. Dressed as Wilson, the volleyball from Cast Away, the actress told the host that fans will be seeing her sing a bit more since she'll "definitely be filming another musical film in the next 12 months, I can say that." But when Ellen asked her about a fourth film directly, Rebel said she couldn't say anything officially.

"But yeah, us Pitch Perfect girls, we love each other and we always wanna work together," she added.

To quickly refresh your memory on the franchise, the first Pitch Perfect movie hit theaters in 2012, followed by the second in 2015, and the third in 2017. While walking the red carpet at the Pitch Perfect 3 premiere, Wilson told People that she's "definitely" up for bringing the Bellas back together for another film, adding, "I love working with these girls. Even if they don't pay us to be in movies, we'll make our own movie on our phones because we love each other." Aww!

Ahead see Steinfeld's November interview and the "4" photo that kicked off the rumors, followed by a few passionate reactions from fans who are aca-freaking out at the thought of yet another Pitch Perfect movie.

Holiday Entertainment
All We Want For Christmas Is a Single All the Way Sequel — Is It Going To Happen?
by Alicia Geigel 8 hours ago