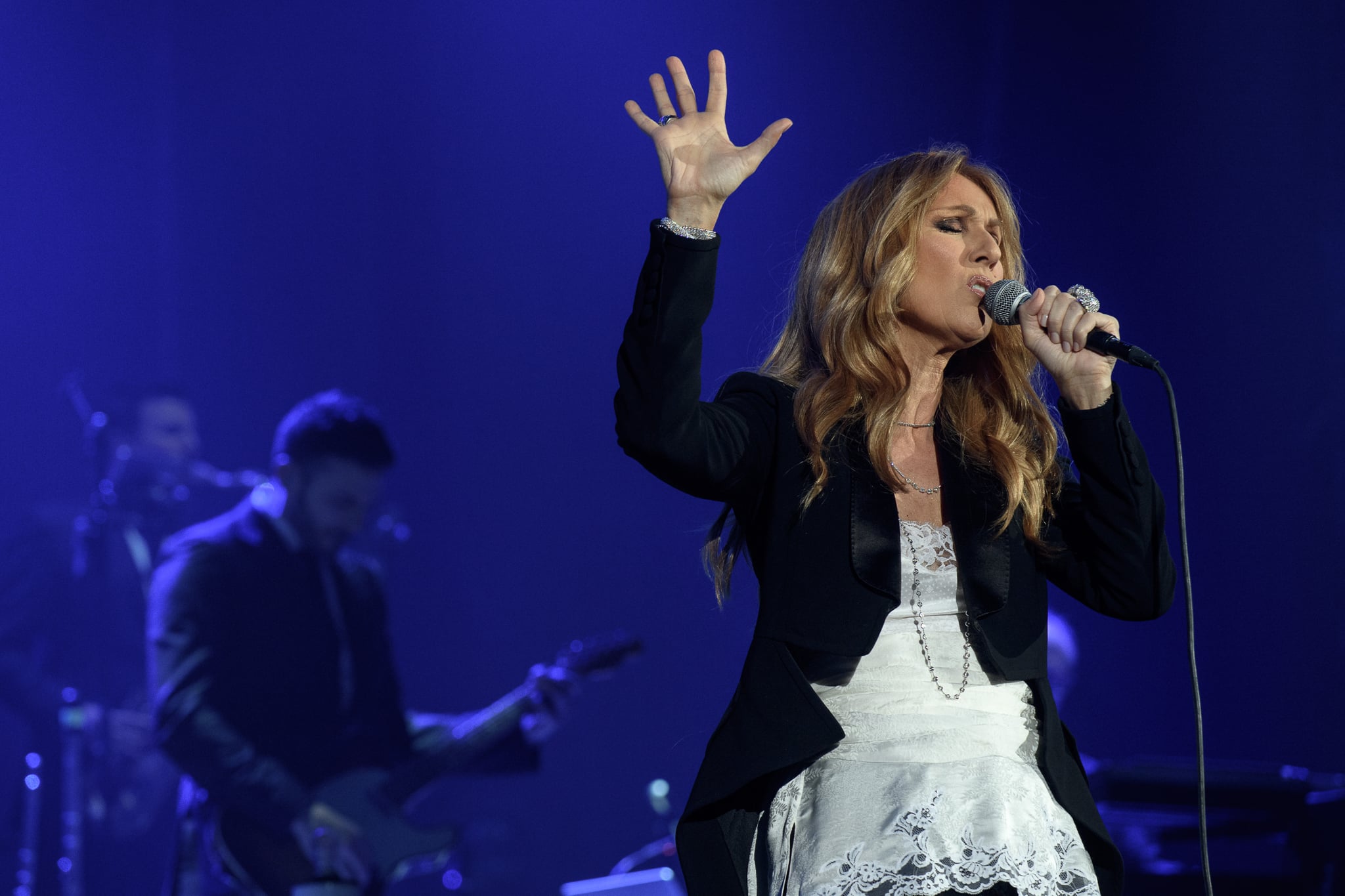 Celine Dion's life is the latest to get the movie treatment, coming on the heels of musical biopics like Bohemian Rhapsody and Rocketman. The $23 million French film, called The Power of Love, is officially in the works, according to Variety. The movie will reportedly explore the Grammy winner's childhood, rise to fame, and relationship with her late husband and manager, René Angélil.

It appears the upcoming movie has Dion's blessing, as she and her record company have authorized the project and allowed her songs to be used. Dion is best known for her timeless hits like "My Heart Will Go On," "All by Myself," and "Because You Loved Me." Valérie Lemercier will direct the film and star as the celebrated singer. The Power of Love is slated to release in December 2020, so get ready to mark it on your calendar!

Nostalgia
Once Upon a Time, Ben Affleck Played J Lo's Romantic Interest in a Velour Puma Tracksuit
by Sarah Wasilak 19 hours ago

Music
Stop Right Now: The Spice Girls Are Back With New Music For the First Time in 14 Years
by Navi Ahluwalia 21 hours ago