Argh! This just keeps happening over and over again! Just when we think we're getting close to answers on Pretty Little Liars, they slink back into the shadows just beyond our reach. I'm not sure why I've grown to expect anything else. The girls have such a valuable tool on their hands, Ali's old journal, and not only do they lead A right to it, but they decode a good chunk of it before doing so. Go figure. 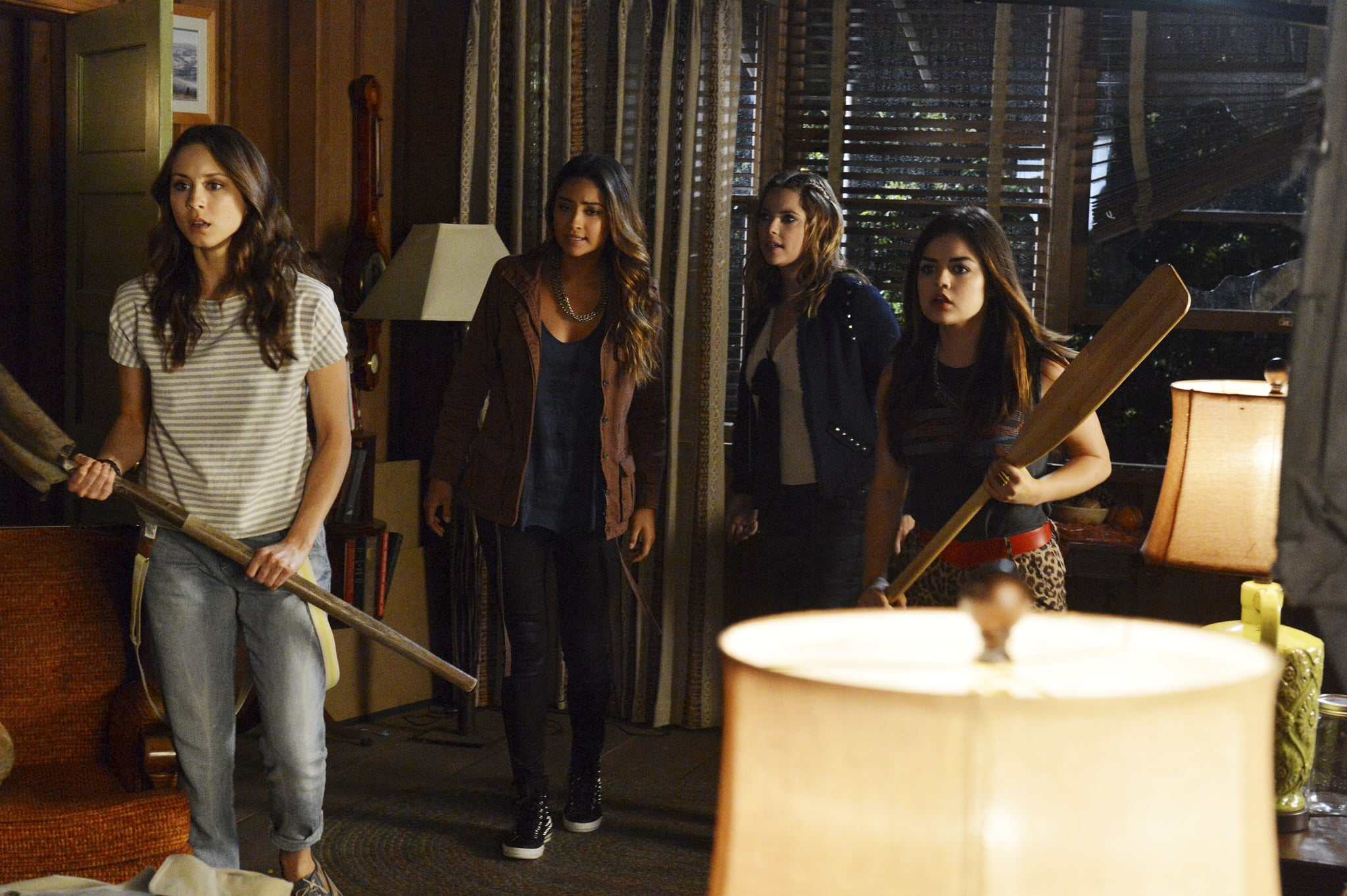 Aside from the heartbreak of watching the girls mess things up again, Hanna's dealing with heartbreak of her own and hiding it. In fact, all of the girls are keeping secrets from each other, which we know is exactly what A wants. Speaking of A, it's safe to say we've all been holding out hope that Ezra's not as bad as he looks, but after this week, it might be time to let go of our denial. Let's go over this week's episode.

Can't get enough of Pretty Little Liars? Head over to POPSUGAR Fashion to snag all the show's most killer looks!

Golden Globe Awards
The Golden Globes Do Have a Live Audience, but It's Not Who You Might Think
by Amanda Prahl 6 hours ago