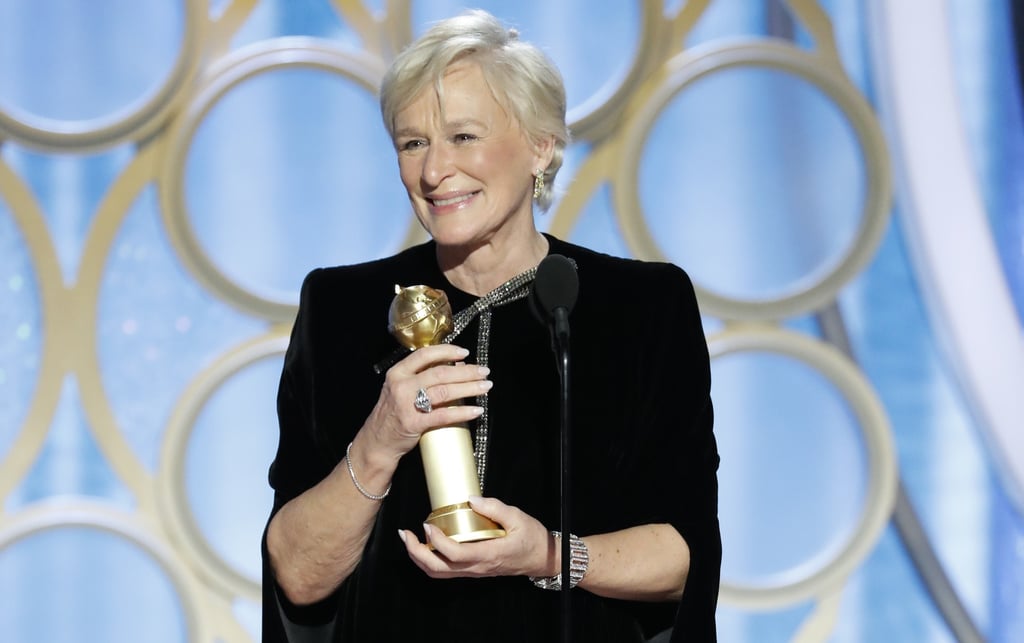 Glenn Close Won a Golden Globe, and Her Speech Has People Stanning Harder Than Ever

Excuse us while we order our official Glenn Close fan club merchandise, because the 71-year-old actress has officially claimed our hearts. The Wife star received the Golden Globe for best actress in a drama on Sunday and had fans spellbound with a touching and emotional speech.

While accepting her award, Close took the time to impress the importance of following your passion to the women in the audience and those watching at home. "We are women and nurturers — that's what's expected of us." Close said. "But we have to find personal fulfillment. We have to follow our dreams." The actress was met with thunderous applause as she added, "We have to say, 'I can do that, and I should be allowed to do that.'"

The speech obviously resonated with those in the audience, and it definitely took Twitter by storm! We wouldn't be surprised if people are looking up where to watch The Wife right now. Keep reading to see some heartfelt reactions to Close's speech, and check out the rest of the winners from the 2019 Golden Globes.