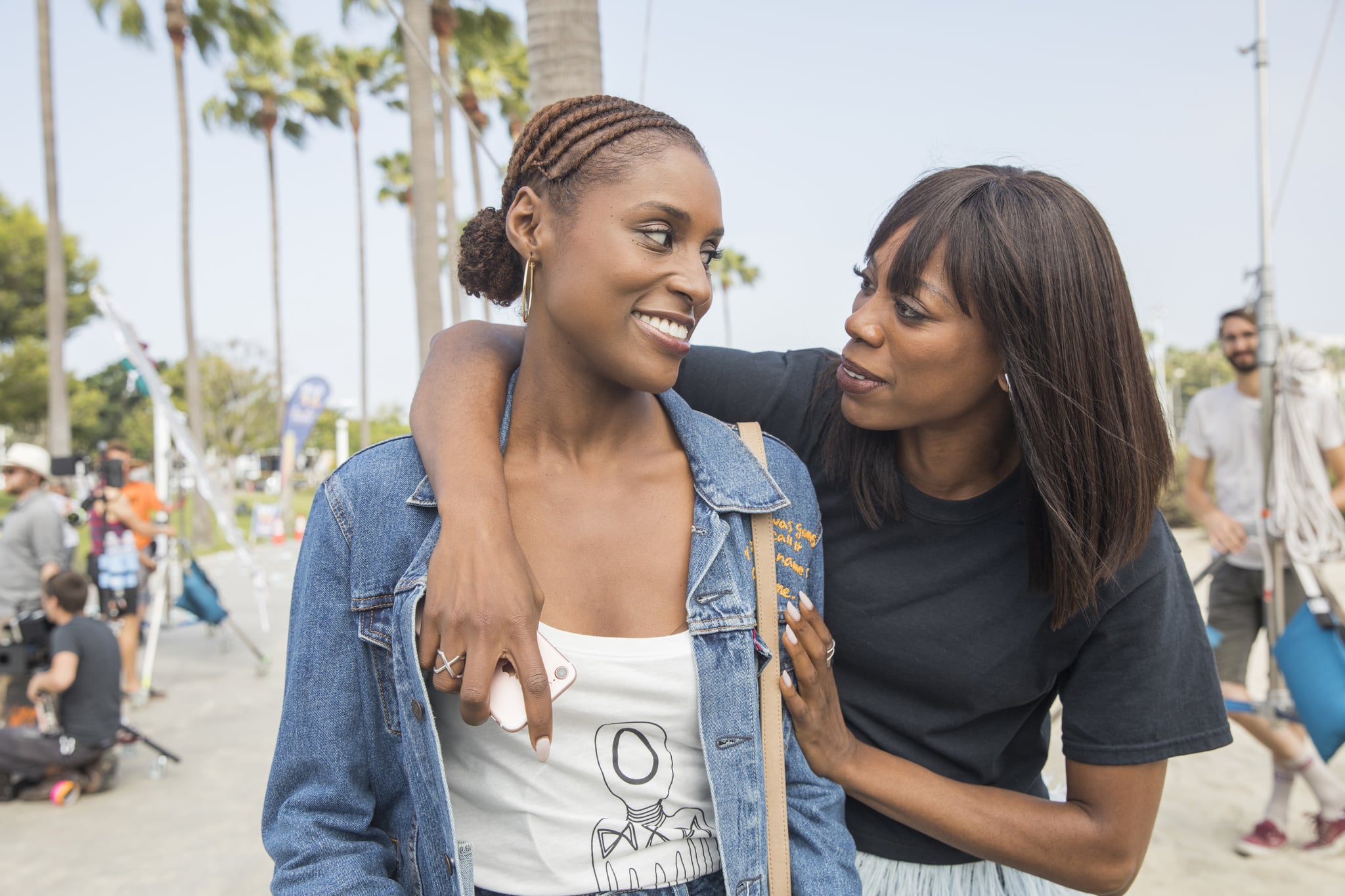 I don't know about you, but I'm still trying to recover from Insecure's season two finale, "Hella Perspective." After the dramatic, explosive moments in the penultimate episode, "Hella Disrespectful," I was expecting the eighth episode to tie up loose ends. Instead, Issa Rae decided to throw an emotional curve ball by hitting us with some raw, real moments for Issa, Lawrence, and Molly. Mistakes are made (really, Molly? Back with Dro?), closure between a former couple is finally achieved, and a fake proposal and marriage montage is straight up gut-wrenching. Suffice it to say, the finale had people on Twitter (as well as yours truly) deep, deep in their feelings.

Related:
29 Songs From Insecure's Season 2 Soundtrack That We Can't Stop Listening To

Me after the last 15 mins of the #InsecureHBO finale pic.twitter.com/TEe6v4kZeY

#InsecureHBO that kitchen closure scene was so real and raw. Hit me in emotional places I had completely forgotten about....

Due North is a Tyler Perry original series for OWN #InsecureHBO pic.twitter.com/Q1gpy8Zgmd

When Lawrence FINALLY apologized for his part 👍👍#InsecureHBO pic.twitter.com/Nsytmp9e0D

#InsecureHBO is like #GameofThrones, but instead of your faves dying, it's your hopes for Issa & Molly to get their shit together #Insecurr pic.twitter.com/bAcUE3Rhu9

OK now Lawrence cooking and running marathons... talk about a glow up #InsecureHBO

Why is molly the Queen of bad decisions? #InsecureHBO pic.twitter.com/1VZM6ywG22

Wowwwww This How We Doing This Episode Issa? #InsecureHBO

Well that was a cliffhanger. #InsecureHBO pic.twitter.com/odIZ3KiIqZ

Shout out to Kelli in Season 2:
•Found a man
•Lost a lot of weight healthily
•Kept her friends
•& gave us this legendary gif😂#InsecureHBO pic.twitter.com/85arp5xPoe

Damn, Molly. Your therapist said to turn the should into could. She didn't say hop on the wood. #InsecureHBO

Somehow Kelly is the most stable character on #InsecureHBO

my heart was in my throat, y'all didn't need to do this to us #InsecureHBO pic.twitter.com/eiZrvp9xWY

Well, at least Issa and Lawrence had a HEALTHY and HONEST conversation, and for that, I'm grateful. #InsecureHBO pic.twitter.com/eS13d09Wde

When Molly opened up that door, Dro was waiting there like #InsecureHBO pic.twitter.com/IpjB0vuu4t