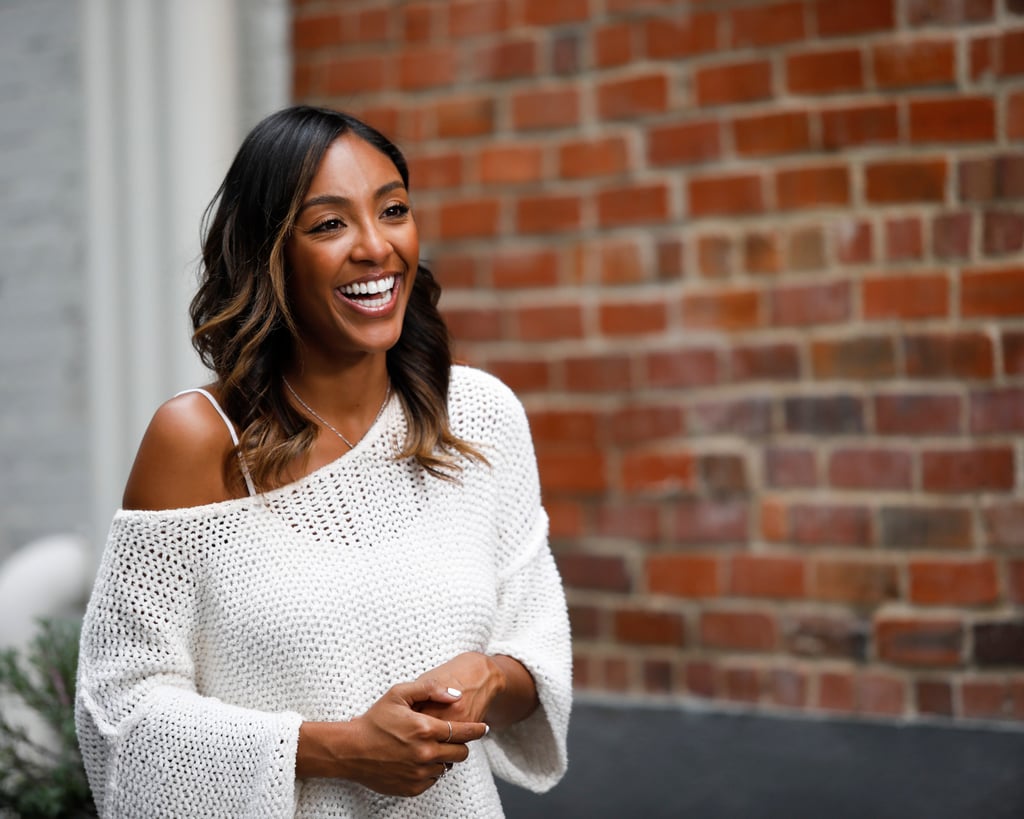 I'm Sorry, but Tayshia's Dad Was the TRUE Hero of The Bachelor's Hometowns Episode

The Bachelor's classic "hometown dates" episode is wildly awkward year after year, but this season, Tayshia's dad brought some refreshing realness to the table. There's nothing normal about a guy dating four women, meeting their dads, and telling each of those dads that he's "falling for" their daughters before asking whether he has their blessing to propose — if, you know, "they get there" in their relationship. It's a TV show, so of course it's a bizarre situation, but the people on the show don't always acknowledge how truly wild it really is. Fortunately, Tayshia's dad was NOT one of those people.

It took about 20 seconds for me to decide that I really like Tayshia's dad. When he sat down to talk to Colton about the experience, he acknowledged — calmly and directly — that he'd never met the guy, so it was hard for him to wrap his head around how in the world Colton and his daughter were already talking about marriage. Understandable! He went on to ask Colton all the right questions: has he told all the other women that he's falling for them, too? Does Tayshia know that? What exactly does "falling in love" mean? Oh, and his truly iconic line came later, as he offered his daughter some real-talk advice: "You can't microwave relationships." *Insert a clapping GIF*

To his credit, Colton took the line of questioning like a champ, and he seemed to be toeing the line between being respectful and straightforward with Tayshia's dad while still playing the part of a lead on TV who's not supposed to fully give it all away. Meanwhile, Tayshia's dad was forthright and no-nonsense, but still considerate, and his hesitations were a refreshingly normal response from a dad who cares about his daughter. People on Twitter felt the same way about the candid conversation, and you better believe they meme-d the hell out of that microwave line. Check out some of the best reactions to Tayshia's dad, then see how Bachelor Nation reacted to Cassie's hometown date.

Related:
The Bachelor: Here Are the Women Who Colton Has Eliminated So Far
Previous Next Start Slideshow
The BachelorTV

TV
I Know What You Did Last Summer: Could Clara Actually Be Alison and Lennon's Mom?
by Njera Perkins 13 hours ago

Insecure
Insecure: I Respect Issa and Lawrence’s Breakup, but After He Picked Her Up From the Airport, Really?
by Naledi Ushe 15 hours ago

Eve
Obsessed With the Cast of Queens Already? Check Out Their Other Roles Now
by Simrin Purhar 16 hours ago

Insecure
OK, Insecure's Soundtrack For Season 5 Is Full of Dope Throwbacks and Fire Songs
by Njera Perkins 17 hours ago