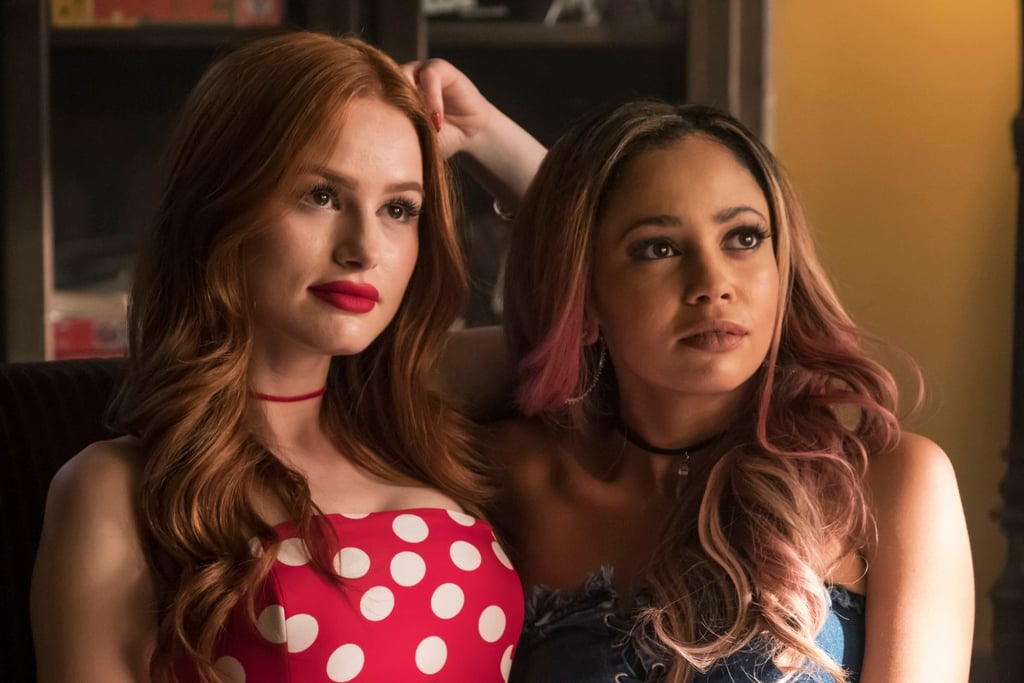 11 Times Cheryl and Toni Were the Cutest Duo in Riverdale

At the very beginning of Riverdale, the common perception of Cheryl Blossom seemed to be that she was just, well, the worst. But two seasons later, we actually really like her in all of her snarky, assertive glory. What's made her character more fun to stan is the relationship developing between her and Toni Topaz — a relationship that has aptly generated the ship name "Choni." In season two, the writers tried to make Toni and Jughead a thing, but we all knew Jughead and Betty were always going to end up together. What we didn't see coming is Cheryl and Toni becoming an item, and we've been pleasantly surprised by how much chemistry there is between them.

Ever since Toni went on a rescue mission to save Cheryl from the Sisters of Quiet Mercy, the two have only grown closer. In season three, Cheryl even reveals that they spent the Summer riding motorcycles across the country. That's when you know love is real, right?

There have been plenty of moments in which Cheryl and Toni's rapport is crystal clear. They've even given Varchie and Bughead a run for their money for the cutest couple in town, which is precisely why we're reminiscing on Choni's sweetest moments ahead.

Related:
12 Reasons You Should Start Shipping Jughead and Betty on Riverdale
0
previous images
-20
more images
Previous Next Start Slideshow
RiverdaleTV
Around The Web

Mindy Kaling
Never Have I Ever: Is Mindy Kaling's New Netflix Show Autobiographical? Here's What She Says
by Amanda Prahl 8 hours ago

The Bachelor
How Does The Bachelor: Listen to Your Heart Actually Work? Here's the Deal
by Corinne Sullivan 10 hours ago

Supernatural
Carry On, Supernatural Fans! The Show Will Have a Series Finale
by Sabienna Bowman 10 hours ago

Siren
Siren Season 3 Is Already Available on Hulu, but There's a Catch
by Amanda Prahl 10 hours ago