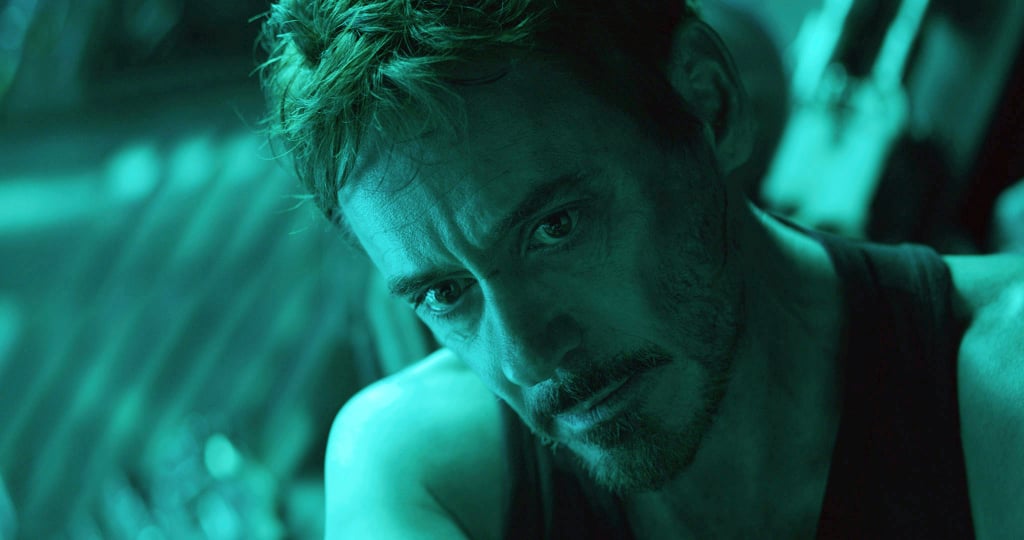 Yes, for the last time, there will be spoilers for Avengers: Endgame below.

Avengers: Endgame arrived in theaters at the end of April, but given Marvel's extreme approach to keeping spoilers from reaching the masses, the film's stars have only recently begun sharing behind-the-scenes photos and videos from their time on set.

From seeing just how different the big battle against Thanos looked in real life — essentially a small room covered in green screens — to selfies of the cast in full costumes, the rare glimpses behind Marvel's magic curtain have been fun to see. And then, of course, Robert Downey Jr. came along to break our hearts all over again.

The actor was the first to break into the Marvel Cinematic Universe with his lead role as "genius, billionaire, playboy, philanthropist" Tony Stark in 2008's Iron Man. Ever since then, he and Chris Evans (who plays Captain America/Steve Rodgers) have led the team of heroes in battles against Loki, Ulton, and most recently, Thanos. As expected, Tony's time in the MCU comes to an end in Endgame, when he tragically sacrifices himself to save his team from yet another snap.

Although we've had plenty of time to heal since watching Downey Jr.'s last moments on screen (just kidding, we'll NEVER get over that), this sweet behind-the-scenes look at his last day on set kicked us right in the heart all over again.

The hugs? The thunderous applause? The bizarre technicolor lighting?! It's perfect. Also, though the clip does make us get a little bit teary-eyed (#NoShame), we have to admit his succinct goodbye is the perfect, most Tony Stark-like send-off: "I got a lot of feelings, but I'm gonna take Chris's lead. I'm gonna save them for Instagram."

Check out the rest of RDJ's behind-the-scenes footage from Endgame, ahead.

Nostalgia
Once Upon a Time, Ben Affleck Played J Lo's Romantic Interest in a Velour Puma Tracksuit
by Sarah Wasilak 13 hours ago