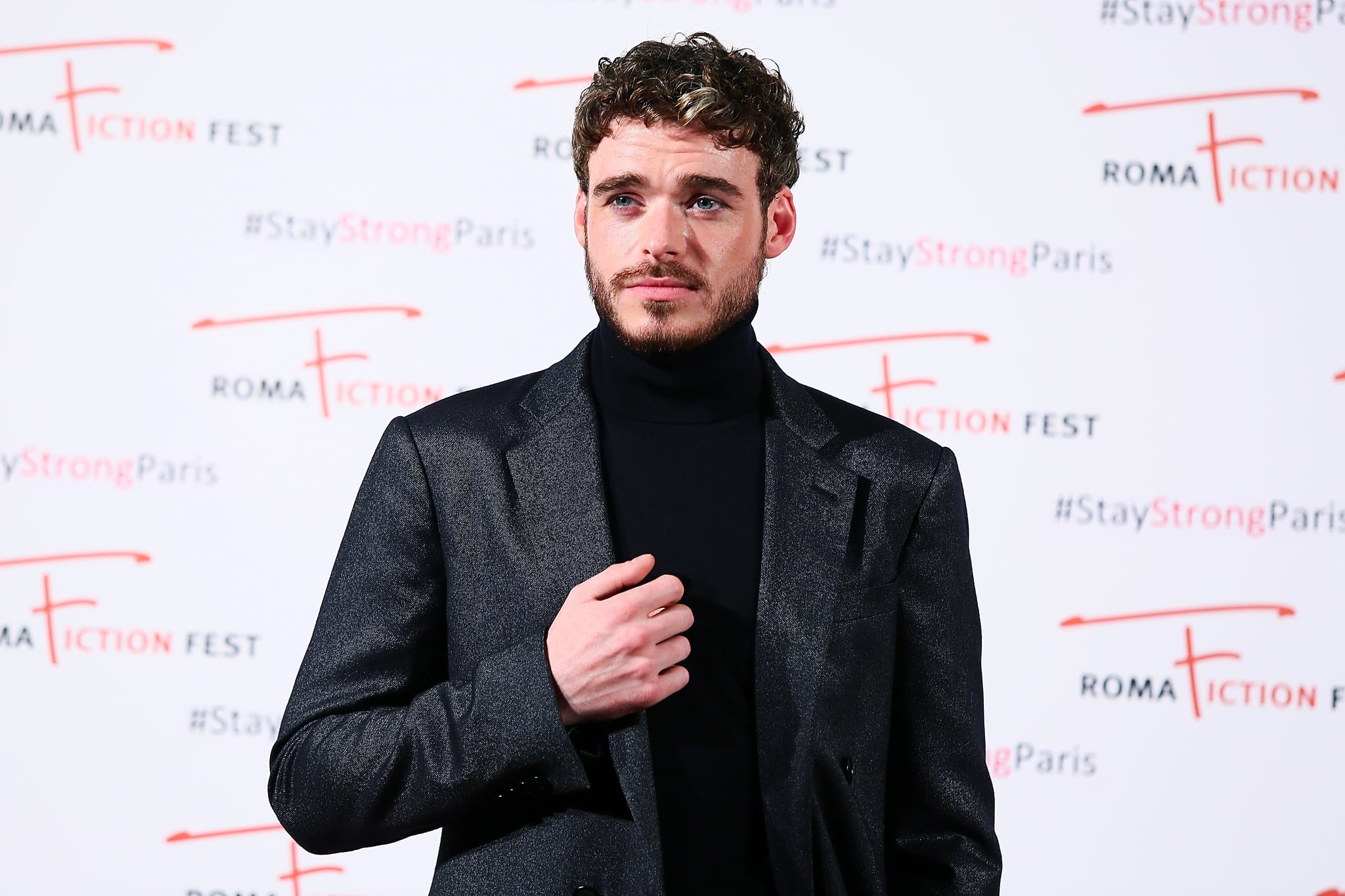 The Elton John biopic, Rocketman, is in talks to add another well-known name to its cast! According to Variety, Game of Thrones alum Richard Madden is currently in talks to portray John's former lover and manager, John Reid. The actor will join Kingsman star Taron Egerton, who has already been tapped to portray the "Tiny Dancer" singer.

The film was first announced in 2011 with a script penned by Billy Elliot author Lee Hall. The story will cover John's journey from being a prodigy at the Royal Academy of music to the global superstar he is today. It was described as a "larger than life movie musical spectacle that tells the story of a child prodigy turned music legend." Which, considering how larger than life John is, is no surprise to anyone. Jamie Bell has also joined the cast to play John's longtime songwriting collaborator Bernie Taupin, with Bohemian Rhapsody director Dexter Fletcher to helm the film.

Egerton took on the role of John after Tom Hardy had to pull out. He will be singing all of John's songs himself and begin shooting in August 2018. Currently Rocketman is slated to be released in theaters on May 17, 2019.

Holiday Movies
Hugh Grant Reflects on the Legacy of "Love Actually": "It Is a Bit Psychotic"
by Eden Arielle Gordon 19 hours ago