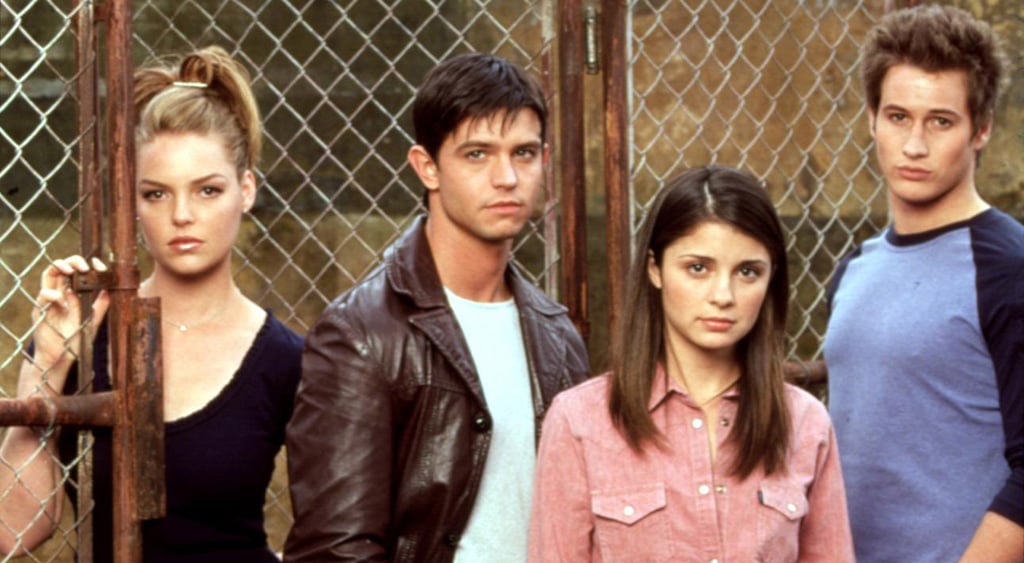 Yet another TV show has fallen prey to Hollywood's ongoing spate of reboots: Roswell. Although The Hollywood Reporter first announced The CW's plans to dust off the teen alien drama back in October, the network has officially given the new series a pilot order. Hopefully you've been stocking up on Tabasco!

The original Jason Katims drama ran from 1999 to 2002 and was based on the Roswell High book series by Melinda Metz. All three seasons starred a young Shiri Appleby as a high school student in the New Mexico town of Roswell, who discovers a classmate (Jason Behr) is actually an alien when he saves her life. The pair soon fall in love, and she has to keep his secret. While the bones of that plot will still be there, executive producer and writer Carina MacKenzie (The Originals) is updating the show with an immigration storyline. The official logline for the currently untitled project reads:

"After reluctantly returning to her tourist-trap hometown of Roswell, New Mexico, the daughter of undocumented immigrants discovers a shocking truth about her teenage crush who is now a police officer: He's an alien who has kept his unearthly abilities hidden his entire life. She protects his secret as the two reconnect and begin to investigate his origins, but when a violent attack and long-standing government cover-up point to a greater alien presence on Earth, the politics of fear and hatred threaten to expose him and destroy their deepening romance."

A forbidden love affair? Deadly secrets? Government cover-ups? Timely themes? Sign us up. At the moment, there's still no word on whether or not any of the original cast — Appleby, Behr, Katherine Heigl, Brendan Fehr, Majandra Delfino, Colin Hanks, or Nick Wechsler — will return. Either way, let's hope it doesn't stir up as much controversy as The CW's Charmed reboot has.