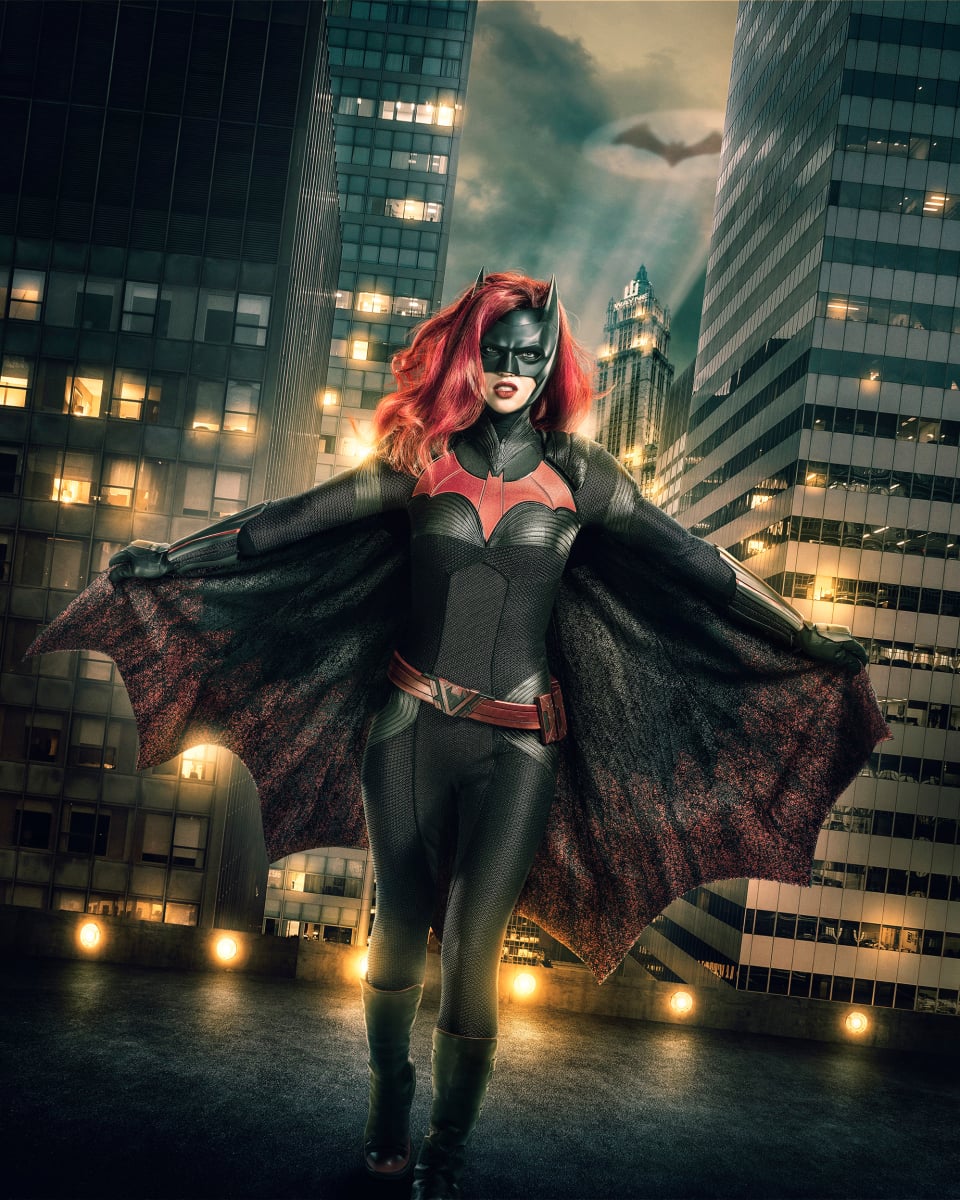 Less than three months after it was announced that another DC hero would be joining The CW's Arrowverse, we finally get to see Ruby Rose as Batwoman in full costume! The TV network officially released the first look at the former Orange Is the New Black actress in Kate Kane's signature red wig and Bat Family cowl, looking pretty similar to the comic-book design.

Rose will make her caped-crusader debut during Elseworlds, the three-day crossover event among the popular DC series Arrow, The Flash, and Supergirl. Elseworlds will focus on the Arrowverse heroes traveling to Gotham City, where they will team up with Batwoman after a doctor at Arkham Asylum cooks up some wild and destructive machinations. If all goes well with her debut, Rose will also star in the Batwoman standalone series that the network is currently developing with mastermind of DC's small-screen universe Greg Berlanti. Rose's crossover appearance will be the first time that the character has appeared on any screen, and the potential series will be the first focused on an LGBTQ+ superhero!

Rose's batsuit was designed by Oscar-winning designer Colleen Atwood, who also created the costumes featured on Arrow, The Flash, and Supergirl. Production on Elseworlds officially began on Oct. 9, and we'll see all our favorite heroes in action beginning on Sunday, Dec. 9, with The Flash.