It seems like everyone is covering "Shallow" right now, and who can blame them? The Oscar-winning song has been reimagined by a whole host of celebrities, including Kelly Clarkson, Nick Jonas, and Lea Michele and Darren Criss, and now a couple of other Marvel-ous stars (see what we did there?) have joined in the fun.

During an appearance on The Jonathan Ross Show, Captain Marvel costars Brie Larson and Samuel L. Jackson sat on the couch with some of the judges from the UK version of The Voice, and the conversation quickly turned to Larson's brief career as a teen pop star. Coaxed into her own audition, she launched into a song from Cats, before Jackson leaned on her shoulder and started crooning Bradley Cooper's lines from the A Star is Born hit. Of course, Larson joined straight in, as the pair paid homage to the now legendary Oscars performance that had us all rapt. While we doubt Gaga is quaking in her boots right now, we have to say that Brie does a pretty spot-on impersonation, even when she's giggling. See it for yourself now!

The Tonight Show Starring Jimmy Fallon
Ilana Glazer on Being in Her Third Trimester: "Now That I'm Not Puking, This Is Really Cool"
by Alessia Santoro 1 day ago

Brie Larson
Once Again, Brie Larson Proves She's Way More Fit Than Anyone With Her 1-Arm Push-Up
by Jenny Sugar 5 days ago 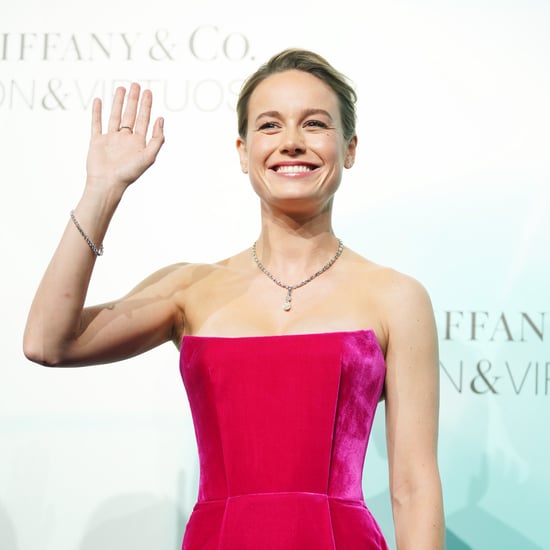 Paul Rudd
Before Regina George's Mom, There Was Paul Rudd With His Camcorder at the Friends Finale
by Yerin Kim 2 weeks ago