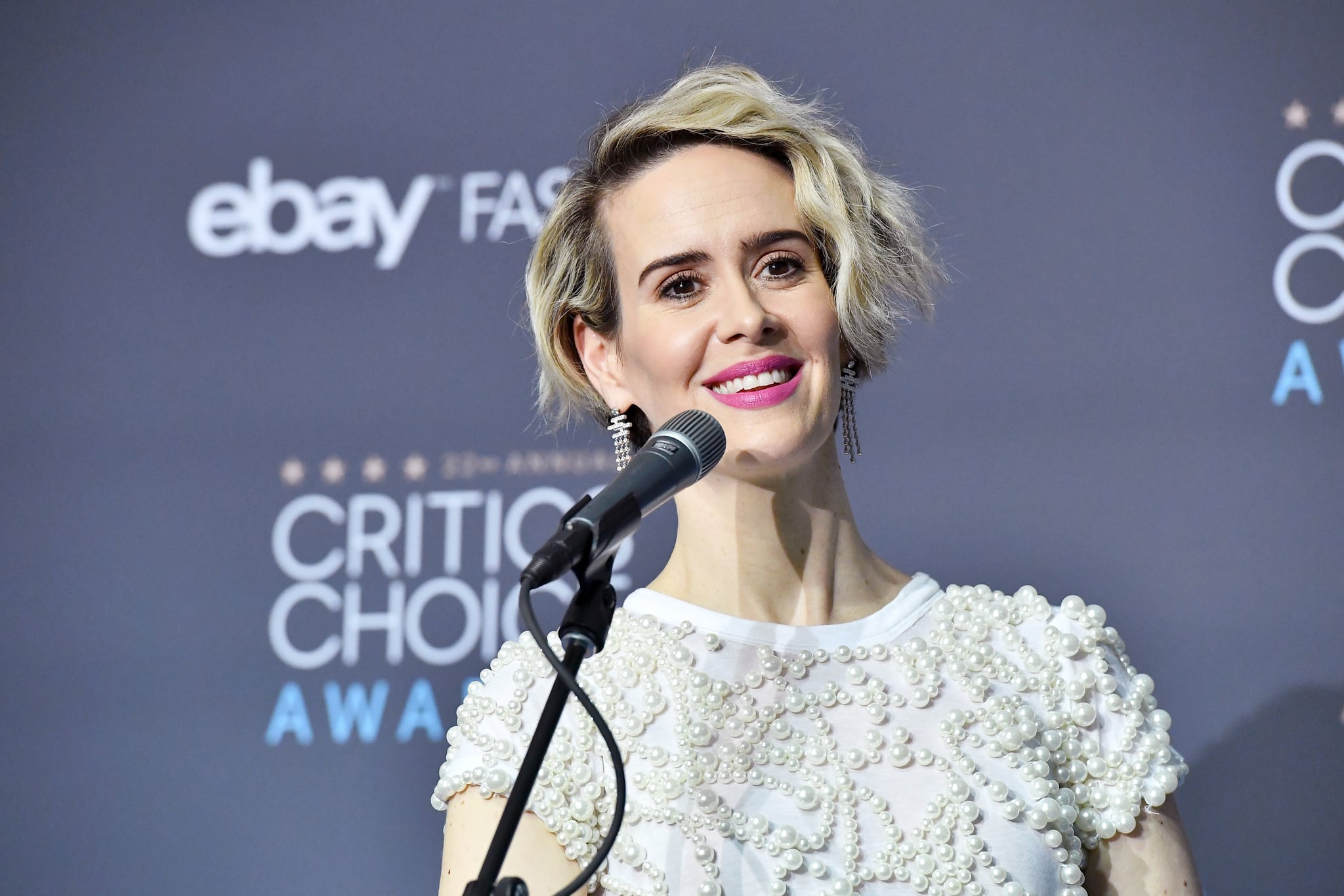 Sarah Paulson dazzled at the Critics' Choice Awards on Sunday night in LA. Not only was the actress beaming with her date, BFF Amanda Peet, but Paulson also joined this year's winners list by snagging another win for her portrayal as Marcia Clark on American Crime Story: The People v. O.J. Simpson. After her sweet acceptance speech, Paulson popped back into the press room, where she was asked if she could recount the first time she met the woman who yielded the role of a lifetime. Read the darling story in full below.

"I met Marcia Clark towards the end of filming this. We did 10 episodes, I met her when we were shooting, probably, episode seven. I finished the 'Marcia, Marcia, [Marcia]' episode. . . . I was one of the actors — not everybody felt this way — but I personally really wanted to meet her. I was discouraged from doing that in the beginning. They really wanted everybody to get ahold of their characters without any outside influence. [Ryan] gave me the go-ahead, and I emailed her that day. We had dinner the following evening.

I've been starstruck many times in my life, but this was beyond being starstruck because of someone's acting talent. (If I see Meryl Streep, I'm liable to pee my pants.) Marcia Clark, I admired her so much as a person. I've read so much about her. I just squealed like a little piglet when I saw her. I saw her mole first, I'm not going to lie. I could see it; it was sun-dappled as she came through the lobby door. I could tell by the way she was walking, because I'd studied her walk so much. She had been a dancer, and she walked with her feet out.

It was a pretty epic evening, and we've had many since then. Lots to celebrate. She did apologize to me for the hair. She sat down and said, 'I want to say I'm sorry, really sorry, for the hair.'"