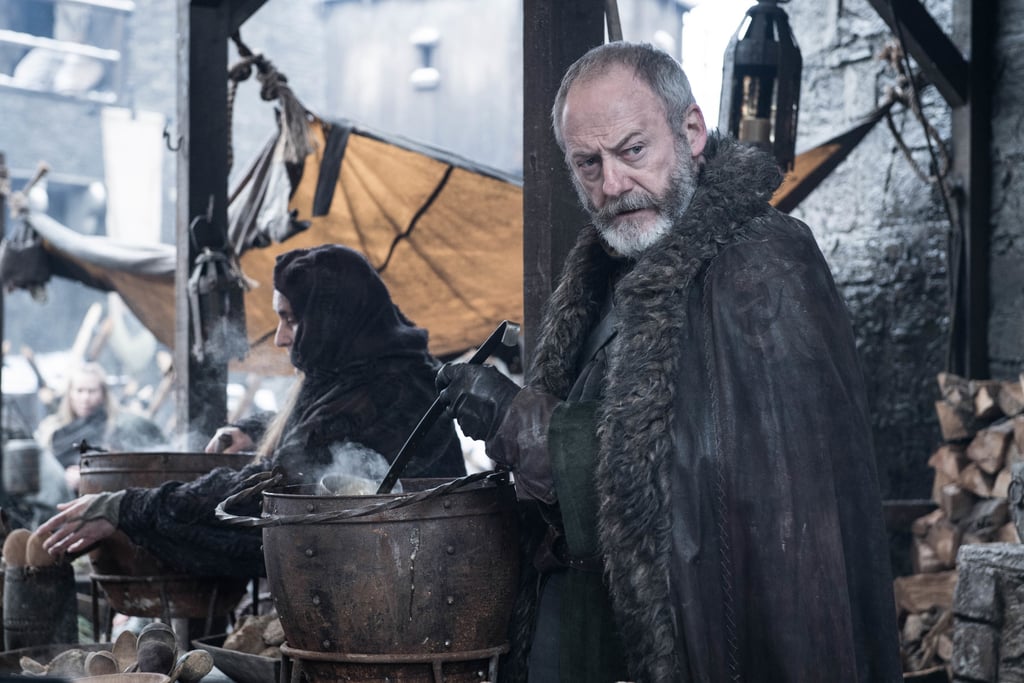 Game of Thrones: We're Still Crying Over the Emotional Tribute to Shireen Baratheon

I can't count all the times I've cried over Game of Thrones, and yet, the show still catches me off guard. I expected more tears to come during the show's final season (I mean, all those impending deaths — duh) but I didn't plan to sob over something as subtle as background music. Alas, one glance at Ser Davos Seaworth interacting with a Shireen Baratheon lookalike, and here I am with tissues in hand.

The show's writers decided to hit fans where it hurt during season eight's second episode as Davos ladles soup for a brave Winterfell orphan with a facial scar reminiscent of Shireen's greyscale. The northern girl wants to fight like her brothers, who were soldiers, and she's later convinced by Gilly to stay on guard while in the crypts with the other women and children. Uhhh . . . who's going to tell Gilly that might actually be the worst place she can be?

For those who need a refresher, Shireen and Davos shared a special bond since she taught him how to read before her tragic death. Davos never said a proper goodbye to Shireen, and you could see the shock in his eyes as he was faced with an unexpected trip down memory lane. Meanwhile, Shireen also taught Gilly her letters, so Gilly's advice to the northern girl brings everything full circle. In case all of that was still too subtle, the song Shireen sang in season three plays softly in the background as the orphan scene unfolds just to really play with your heartstrings. If you're still battling tears over the short but sweet moment, keep reading to commiserate — and please pass the tissues.

Disney Junior
Sweet Preschool Series Dino Ranch Is Getting a Season 2 on Disney Junior in 2022!
by Alessia Santoro 15 hours ago

Gossip Girl
The Gossip Girl Reboot Has a More Diverse Cast, but It Still Lacks Representation
by Charlene Masona 18 hours ago

HBO
Will There Be a Third Season of HBO's Betty? Here's What We Know So Far
by Corinne Sullivan 20 hours ago