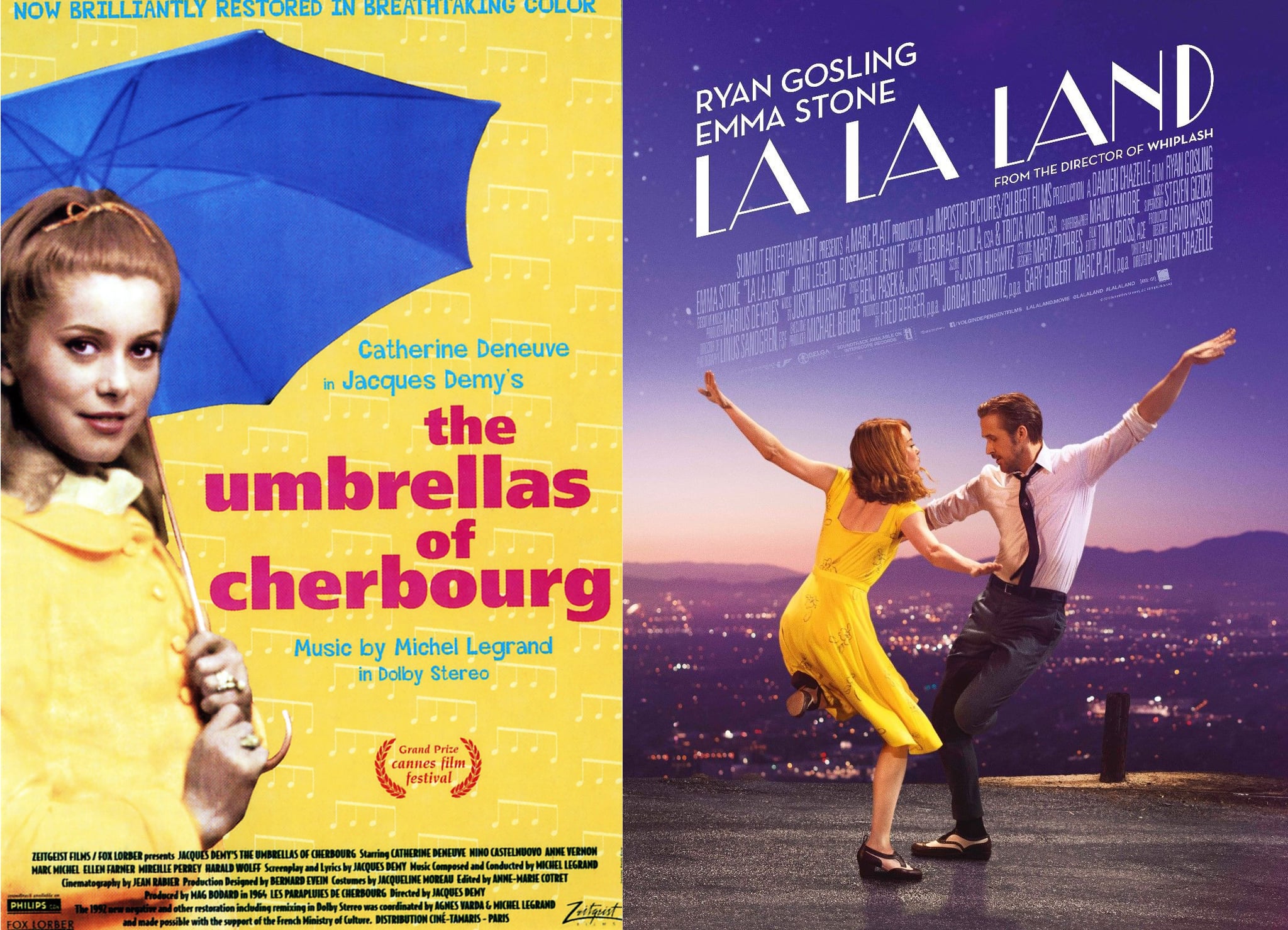 "No movie has ever hit me more. I remember seeing it for the first time as a kid and going from annoyed — 'Are they really going to do this much singing?' — to utterly overwhelmed by the end. It was the combination of fantasy and realism that got me." Speaking to The Hollywood Reporter, La La Land director Damien Chazelle described his reaction to Jacques Demy's 1964 romantic musical The Umbrellas of Cherbourg (Les Parapluies de Cherbourg).

The Umbrellas of Cherbourg and La La Land use jazz music, saturated colors, and the eschewing of a neat, happy ending to bring to life a rich and realist presentation of young love.

The quote resonated with me, as I've seen The Umbrellas of Cherbourg at least a dozen times and can remember the emotional impact of the first time I saw it as a teenager. The film is a colorful masterpiece that will leave you heartbroken. You could say the same thing about Chazelle's La La Land.

Watching La La Land, I couldn't help but notice references to The Umbrellas of Cherbourg, whether they were intentional Easter eggs, stylistic choices, or plot points that left me with the same overwhelming emotions. The films may be of a different time and place, but both The Umbrellas of Cherbourg and La La Land use jazz music, saturated colors, and the eschewing of a neat, happy ending to bring to life a rich and realist presentation of young love.

If you have not seen The Umbrellas of Cherbourg but loved La La Land, I suggest you stream the French film ASAP. (Feel free to come back to this post after.)

For the uninitiated, here is a quick synopsis of The Umbrellas of Cherbourg, which was Catherine Deneuve's breakout role and which employs an entirely sung dialogue: 17-year-old Geneviève works at a colorful umbrella shop with her mother. She falls in love with Guy, a mechanic, and unknowingly becomes pregnant by him the night before he must leave for war in Algeria. Before he departs, they promise to love each other forever, and she says she will wait for him. But with the distance, and the baby on the way, Geneviève decides to take a more "responsible" path and marry a wealthy jeweler at her mother's bidding. When Guy returns, he is heartbroken. In a flash forward at the end, however, the couple meet again by chance at the gas station Guy now owns. Geneviève, no longer a young girl, is dressed in furs and has the trappings of a rich woman. Guy is happily married and has finally realized his dream of opening up his own gas station, a dream he had discussed with Geneviève. 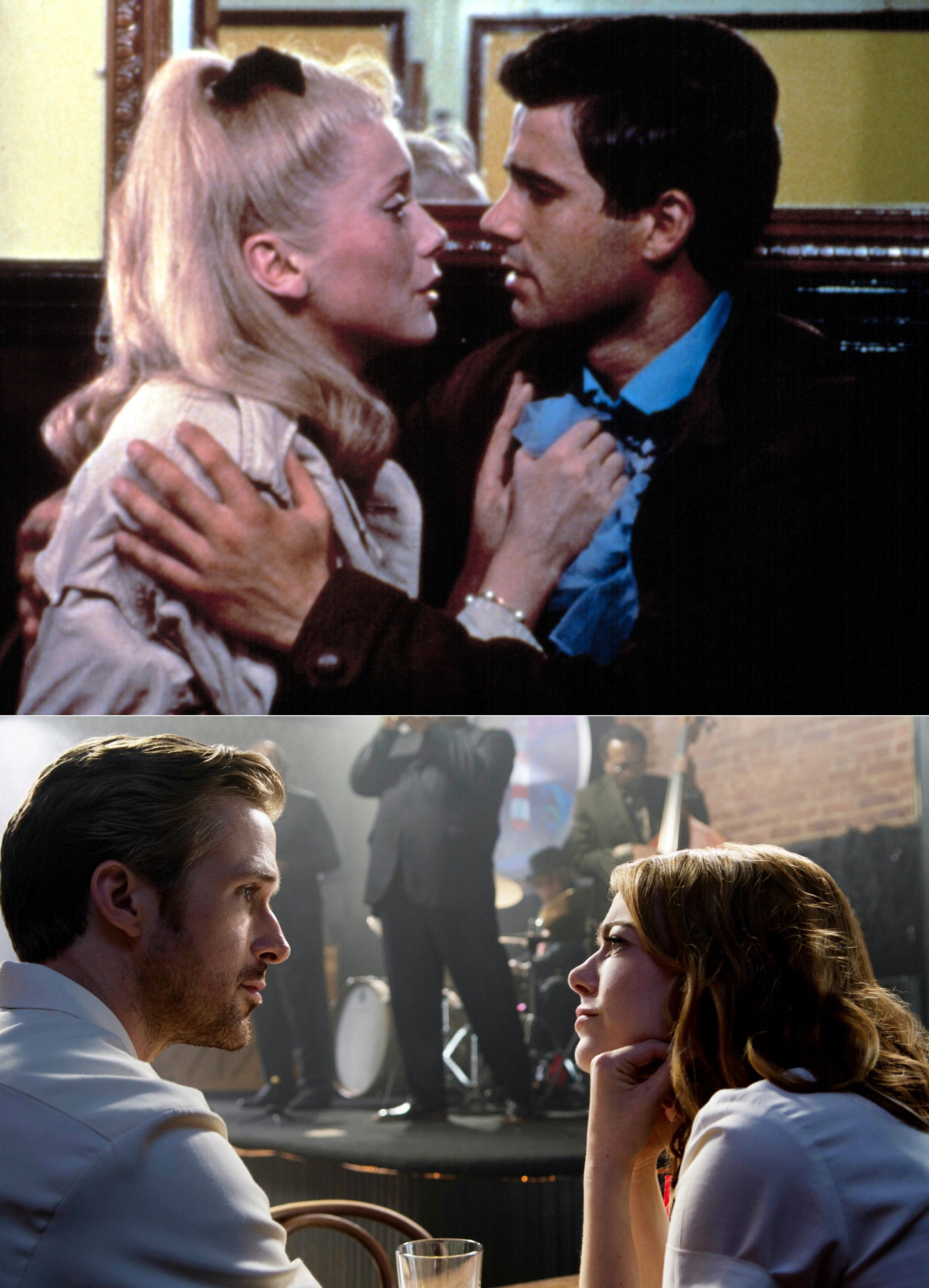 At its heart, it's about two young people who love each other but grow apart once their naivety wears off and they realize life requires tradeoffs.

That description might on the surface sound nothing like La La Land, a film about modern day Los Angeles and two people trying to make it in show business. La La Land is free of dramas like war and unplanned pregnancies, but at its heart, it's about two young people who love each other but grow apart once their naivety wears off and they realize life requires tradeoffs. Chazelle discussed this theme in La La Land shortly after the film premiered, using similar language he used to describe The Umbrellas of Cherbourg's combination of fantasy and realism. Speaking of La La Land, he said, "These are characters who — and every character in the movie to a certain extent — has to negotiate the balance between dreams and reality."

To demonstrate how it follows in the footsteps of The Umbrellas of Cherbourg, let's start with La La Land's explicit references to the French classic, perhaps added by Chazelle as a homage to his apparent favorite movie.

Now let's move on to the more subtle references a true The Umbrellas of Cherbourg fan like me may read into. 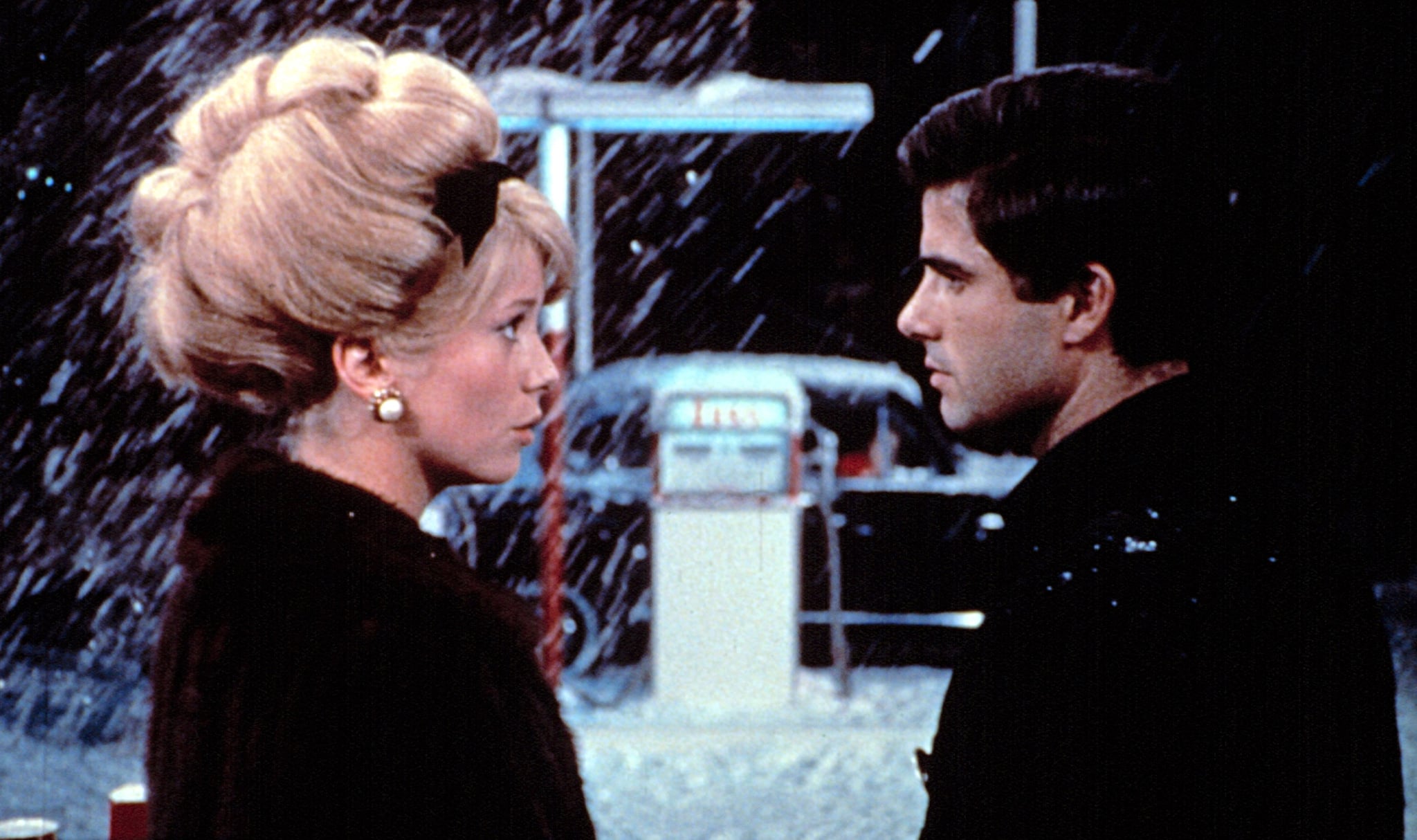 As in The Umbrellas of Cherbourg, the young lovers of La La Land don't end up together. Chazelle uses a similar device as Demy — a flash forward to the future, allowing the audience to see how much has changed. Before time and distance brought an end to the relationships, the couples in The Umbrellas of Cherbourg and La La Land told each other they would always love each other. And that may be true — but life gets in the way of them being together forever. French films like The Umbrellas of Cherbourg may have showed Chazelle a path to avoiding traditional happy endings. Professor Joshua Blaylock, who teaches courses on French cinema at Texas Christian University, explains that "filmmakers in France have tended to focus more on psychology and really play with the inherent ambiguities of human relationships."

French films like The Umbrellas of Cherbourg may have showed Chazelle a path to avoiding traditional happy endings.

The Umbrellas of Cherbourg has been described as a "love tragedy." And despite all the similarities, La La Land chooses a more positive ending. Professor Phil Powrie, who teaches cinema studies at the University of Surrey and has authored many books on French cinema, explains how the films depart: "Although Seb and Mia don't end up together, they both realize their dream." The characters in The Umbrellas of Cherbourg, on the other hand, seem indifferent to each other at the end of the film. Powrie continues, "Seb and Mia smile knowingly to each other after he plays 'their' theme. The Umbrellas of Cherbourg is melancholy; La La Land plays into the American dream." La La Land may take inspiration from French film, but its optimism is all American.