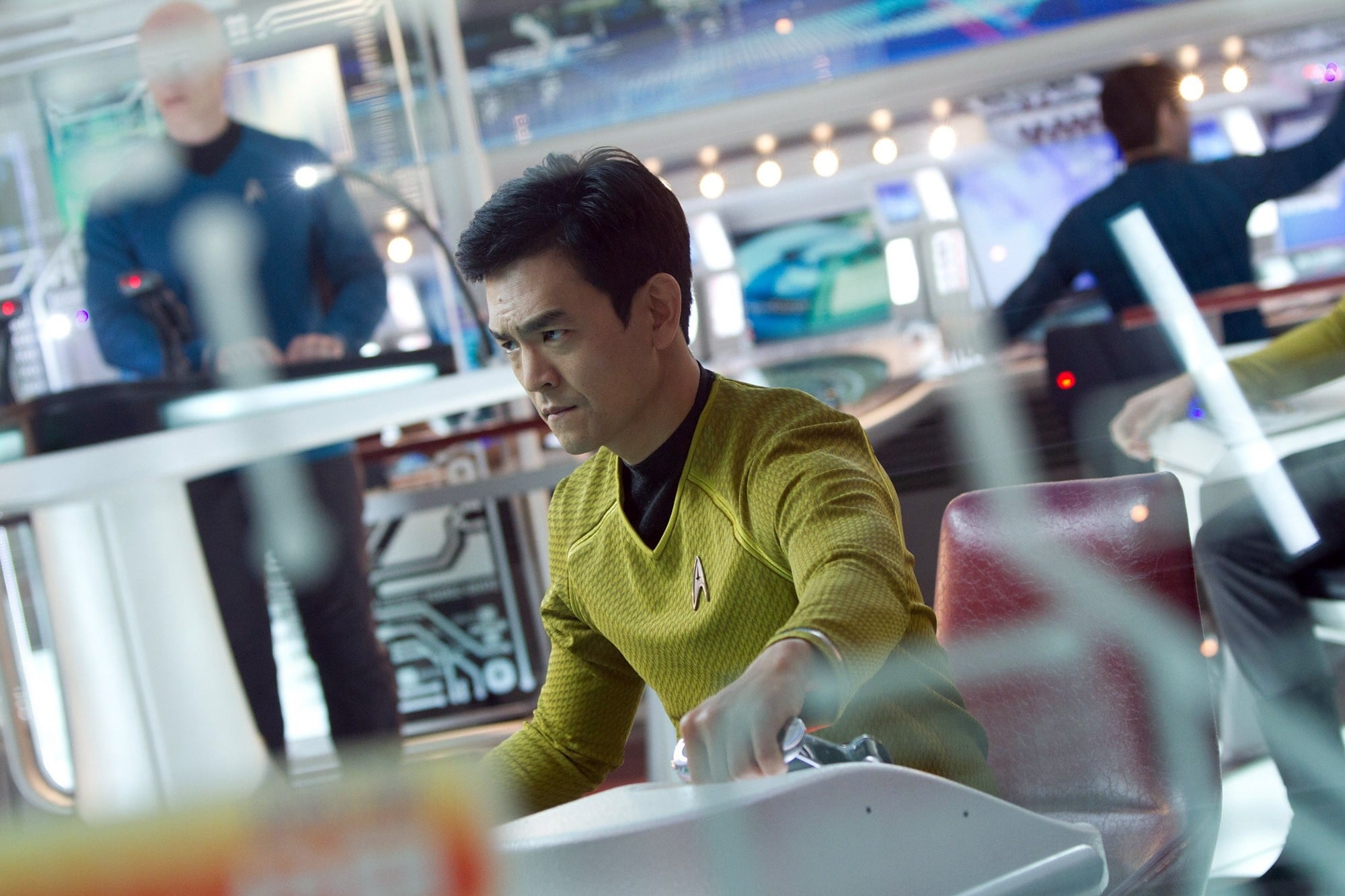 Just when you thought Star Trek Beyond was going to be predictable, John Cho reveals that his character, Hikaru Sulu, is gay. Cho has played the Enterprise captain in the former two movies, but his sexual orientation has not been a key part of the movies. According to Cho's interview with Australia's Herald Sun, it still won't be: "I liked the approach, which was not to make a big thing out of it, which is where I hope we are going as a species, to not politicize one's personal orientations." While we don't know who will be playing Sulu's partner, we do know that we'll get to meet him and their onscreen daughter.

Cho also confirmed that the decision to write Sulu as a gay character was a nod to George Takei, the actor who portrayed Sulu in the original series, who has gone on to become an activist for LGBTQ rights. Takei, however, is not very happy about the development. "I'm delighted that there's a gay character," he told The Hollywood Reporter. "Unfortunately, it's a twisting of Gene [Roddenberry]'s creation, to which he put in so much thought. I think it's really unfortunate."

Cho actually called Takei to reveal the plans for the character last year: "I told him, 'Be imaginative and create a character who has a history of being gay, rather than Sulu, who had been straight all this time, suddenly being revealed as being closeted.' . . . I said, 'This movie is going to be coming out on the 50th anniversary of Star Trek, the 50th anniversary of paying tribute to Gene Roddenberry, the man whose vision it was carried us through half a century. Honor him and create a new character.' I urged them. He left me feeling that that was going to happen."

Takei only learned that they went ahead with the plans to have Sulu be gay last week, when Cho let him know that he would be going out to promote the movie and that the news would break. Takei asserted that he had not changed his mind on the matter. "I really tried to work with these people when at long last the issue of gay equality was going to be addressed," said Takei. "I thought after that conversation with Justin that was going to happen. Months later, when I got that email from Simon Pegg, I was kind of confused. He thinks I'm a great guy? Wonderful. But what was the point of that letter? I interpreted that as my words having been heard."