Steve Carell has made waves and earned an Oscar nomination for his dramatic turn in Foxcatcher, and unlike certain other stars who claimed to have been so shocked by their nominations, Carell fessed up to not being able to play it cool. At the Oscar Nominees Luncheon, he admitted what his experience was actually like the morning of the announcement, and though it might not be "cool," it is refreshingly honest and so sweet. 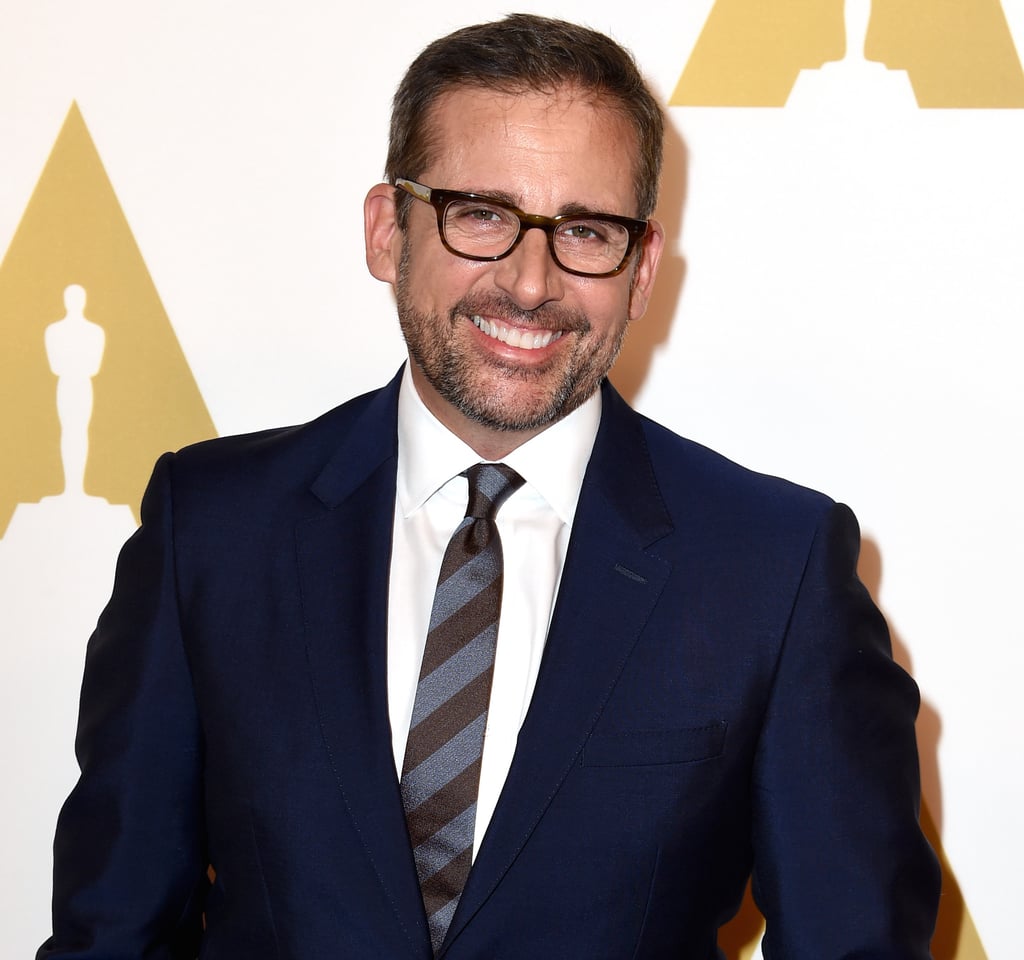 "I wish I could tell you that I was cool the morning of. I wish I could say that the phone rang, and I said, 'Oh my gosh, I forgot that was today, and what a surprise, that's wonderful!'" Carell admitted, "I was up at 5:30 with a cup of coffee sitting downstairs in the darkness. And my wife, I didn't know she had woken up too, but she was watching in our bedroom. When my name was announced, I ran up the stairs to tell her as she was running downstairs. So we met at the top of the stairs, and were just jumping up and down for about 10 minutes. I'll just never forget that. It's a very unique moment and just such a supremely happy one. And to share that with my wife, and to have her be so supportive and be a part of it, it's just really fun and exciting."