Tina Fey and Amy Poehler are reteaming on the big screen for this week's new release Sisters, in which they, yes, play sisters. We had the chance to visit the set of the comedy last Summer and chatted with the stars of the movie on the New York set. Of course Fey and Poehler talked about how much they like working together, the way that they already feel like sisters, and the funny attributes they wanted to give their characters. 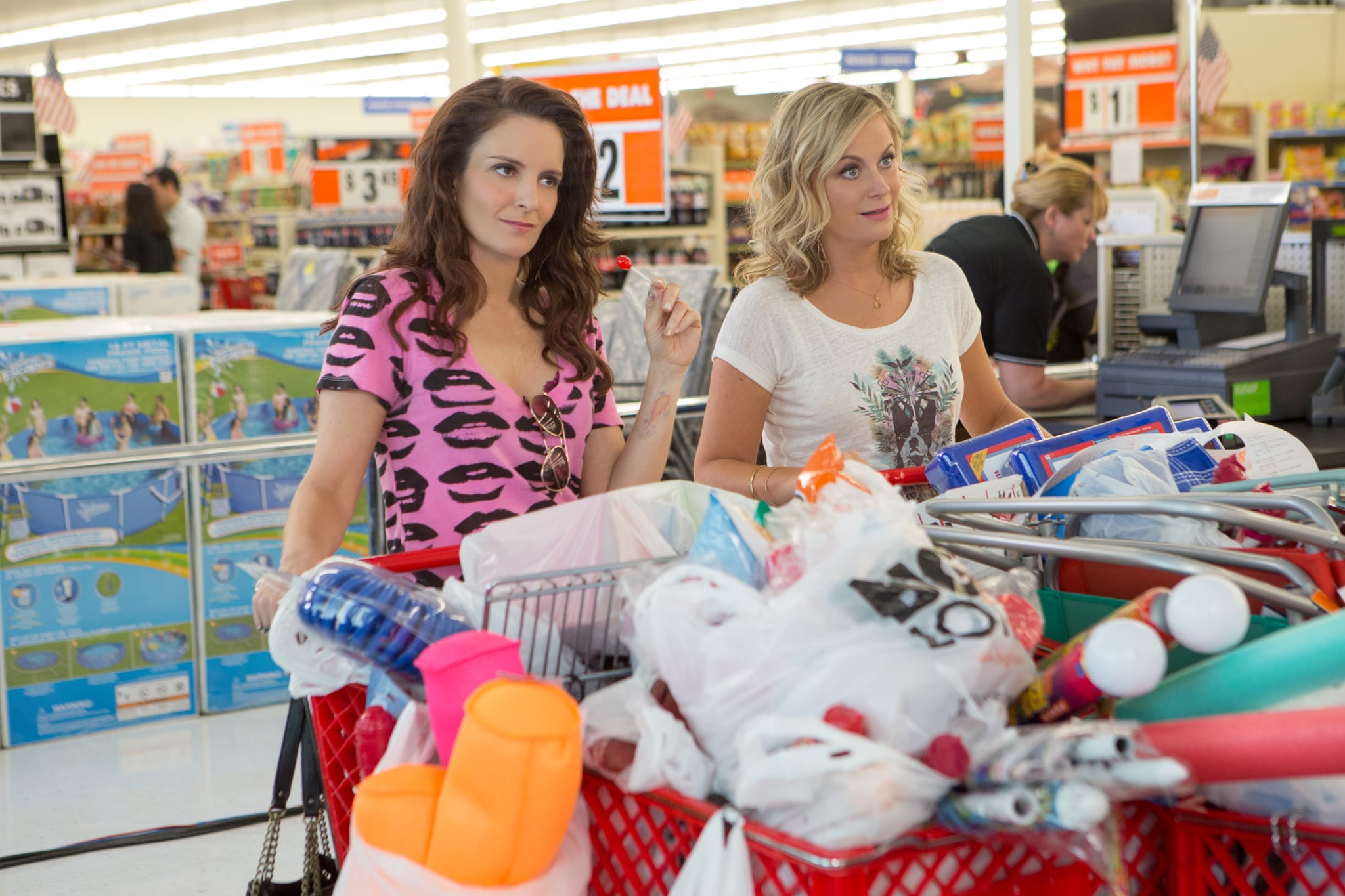 Tina Fey: I think our shorthand that we have with each other makes it easier. Neither of us has a sister; we both have brothers. We had this scene the other day where we had to get in the bath together and we were asking people "would you get in the bathtub naked with your sister? Would you wear a bathing suit?"

Amy Poehler: I'm personally a little obsessed with sisters. They are exotic creatures to me. I love being around them and watching them interact. It's like a special language. I think that Tina and I are chosen sisters. I think we are chosen family, so I think it's been fun to experience that thing I never got to experience in real life. We have a moment in the film where we first see each other and just pick on each other like apes. We find that physicalness can be really sisterly — very specific to that relationship.

PS: Your on-set bedrooms have lots of interesting '80s posters; how much were you guys giving notes about what should be in your rooms?

TF: They did ask us "who do you think your character would have in there?"

TF: Out of Africa really makes me laugh.

AP: My character, Maura, is really into Out of Africa. But, that being said, I think we were blown away by how amazing it looked. It's so nostalgic for us to get in there. We keep finding ourselves going into that bedroom when we have time to rest. When we're shooting and we end up just getting into our beds. It's very nice.

PS: You both play women from Florida — what's the secret to capturing the Orlando woman for you guys?

AP: Well, we're kind of playing two women who aren't really where they want to be. There's this funny, great thing in Florida where there's old and new. There's this great big retirement community and our parents — played brilliantly by James Brolin and Dianne Wiest — who truly do feel like my parents most of the time. It's fun to straddle that — they have the lives we wish we had.

PS: This is an R-rated movie. Knowing that it's an R going in, how much does that change the energy on set knowing you can say and do pretty much anything?

TF: Immediately the impulse is to curse so much, then you realize you're cursing more than any actual person would and you dial it back. I'm definitely going to show my penis.

AP: I think you should.

TF: I keep it in Tupperware.

AP: I think we're doing some fun stuff here that we've never gotten to do before, which is really fun. A lot of physical, active stuff, which we're excited about too. I don't know if we think about it while we're doing it, but it's fun to not have to think about it.

TF: Especially because we've both done TV. I like the boundaries of network TV; I think you have to work a little harder when you can't just show a tit.

AP: But if you want to show a tit, it's nice to know you can.

AP: Well Tina and I have a huge ritual to get into character, right?

TF: We have a hot box; it's kind of a sauna on wheels. We get in there and we wrestle each other.

TF: And then the sun comes up. Then they call us. I think for me it's a very different character than I usually get to play, and for me it's "what do we have in common; where do we overlap?"

PS: Everyone knows you for such an iconic TV role; is it more nerve-wracking getting into this kind of character?

TF: No, it's fun, and I'm really counting on Amy to carry the movie. So it doesn't really matter, my character.

AP: I'm, kind of, in a different movie in my own head; I'm in a documentary.

TF: What I do is try to be a slightly different character every time and I make it the editor's problem.

AP: What's fun about the film is — what happens midway through is — they kind of encourage each other to be different. So there's a moment where Tina's character, Kate, decides for once 'I'm going to be responsible for tonight' and Maura decides 'I'm going to really let loose.' So it's like everybody's wish fulfillment in the film. Everybody gets to be the person they didn't get to be.