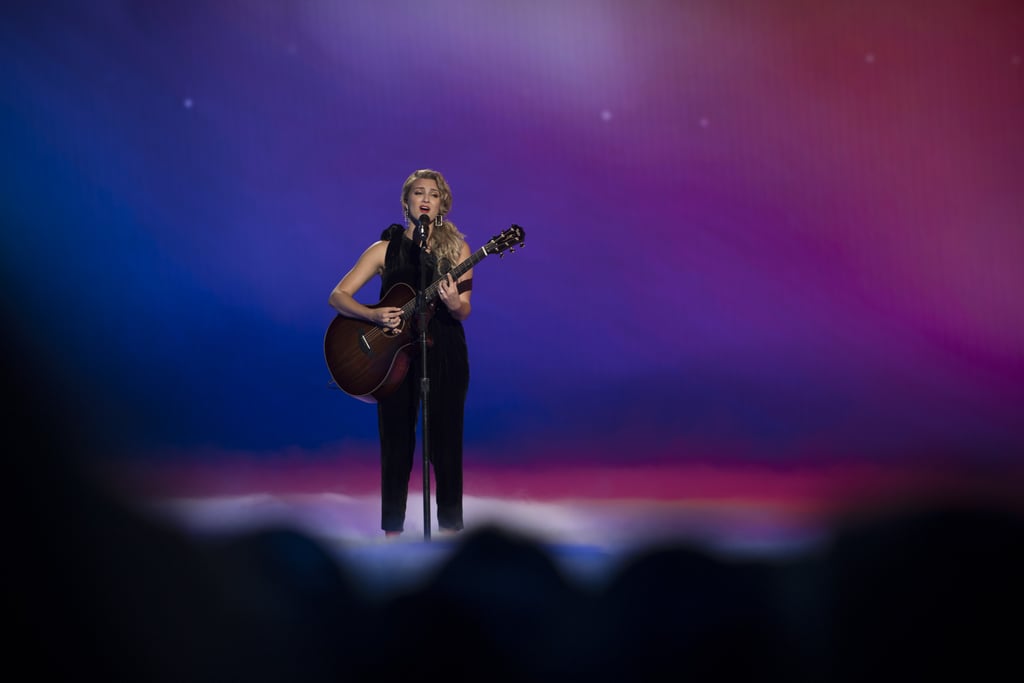 Tori Kelly certainly sang with all the voices of the mountain when she appeared on Mickey's 90th Spectacular. During the special on Sunday night, the singer gave a stirring rendition of "Colors of the Wind" from Pocahontas. Standing on a rainbow-colored stage, Kelly gave us major chills as she showed off her impressive pipes. As if her performance wasn't moving enough, she was eventually accompanied by Mickey and Minnie themselves as they danced along to the number. Aww! See the performance ahead along with pictures of Kelly from the special.

Saturday Night Live
Bowen Yang Is, Once Again, the Highlight of SNL as He Embodies the Titanic-Sinking Iceberg
by Karenna Meredith 7 hours ago