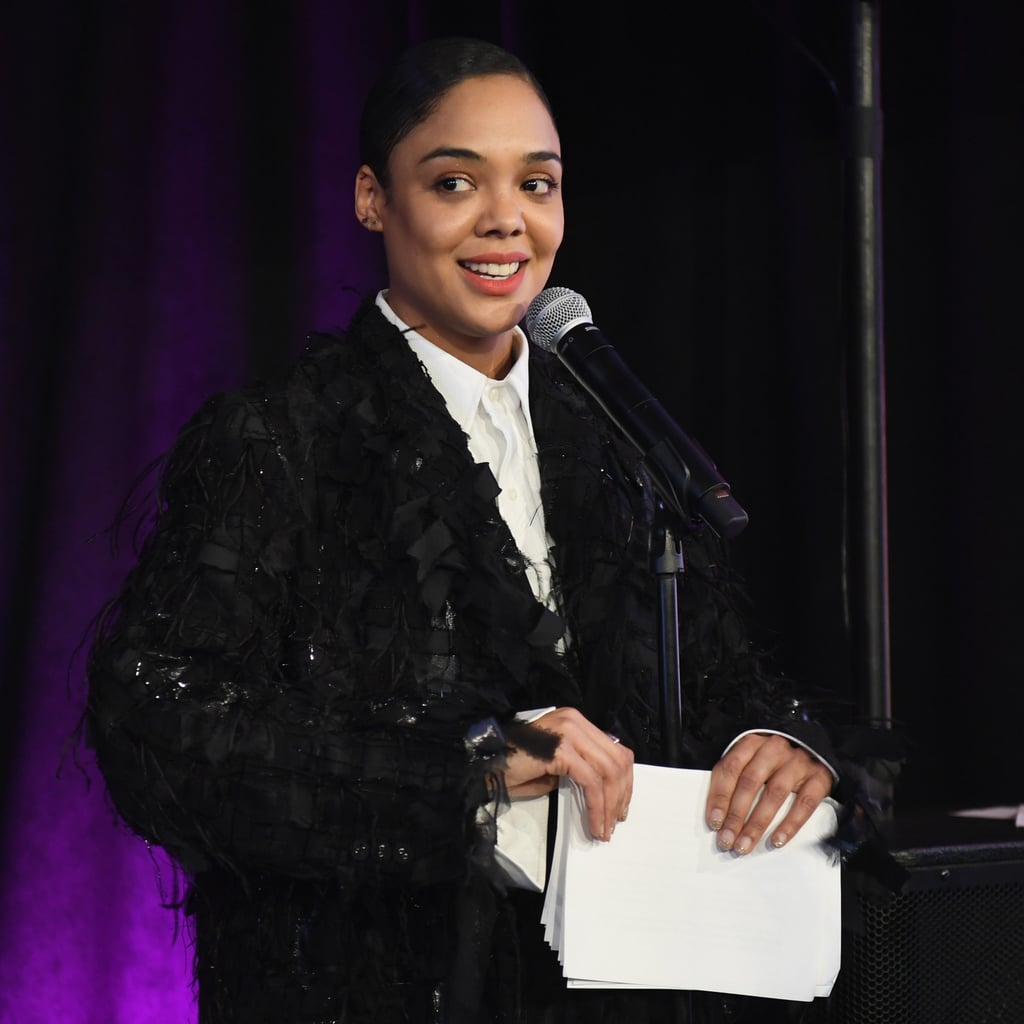 Which Celebs Have Accepted the #4PercentChallenge — and What Does It Mean?

At this year's Sundance Film Festival, Tessa Thompson posed a challenge to a room full of film industry players: commit to working with a female director in the next 18 months. The call came just a few weeks after Regina King used her winning speech at the Golden Globes to implore the audience to work with 50 percent women on their projects.

Thompson partnered with Time's Up and Dr. Stacy Smith of the Annenberg Inclusion Initiative on the announcement, which Smith is calling "the 4% challenge." Why four percent? That's the measly number of studio films in the last decade that have been directed by a woman.

“Because only 4% of the top 100 studio films over the last DECADE have been directed by women, #TIMESUP is initiating a challenge, the 4% challenge, and I intend to take it: I commit to working with a female director in the next 18 months.” -@TessaThompson_x #TIMESUPX2 pic.twitter.com/GjsuqeryKj

Since Time's Up issued its call to action, Hollywood players have responded in heartening droves. Ahead, see some of the big names to join forces with the challenge so far. Then, check out the full (and growing) list of actors, writers, producers, directors, and studio heads who have accepted the #4PercentChallenge on the Time's Up website.

Books
Worried Chemical Hearts Will Ruin You Emotionally? Here's What Happens in the Book
by Sydni Ellis 18 hours ago

Netflix
Selling Sunset: Someone Left the Oppenheim Group, and This News May Surprise You
by Hedy Phillips 20 hours ago

Netflix
While You Prepare For Trinkets Season 2, Remember That We're Not Getting More Episodes
by Amanda Prahl 22 hours ago