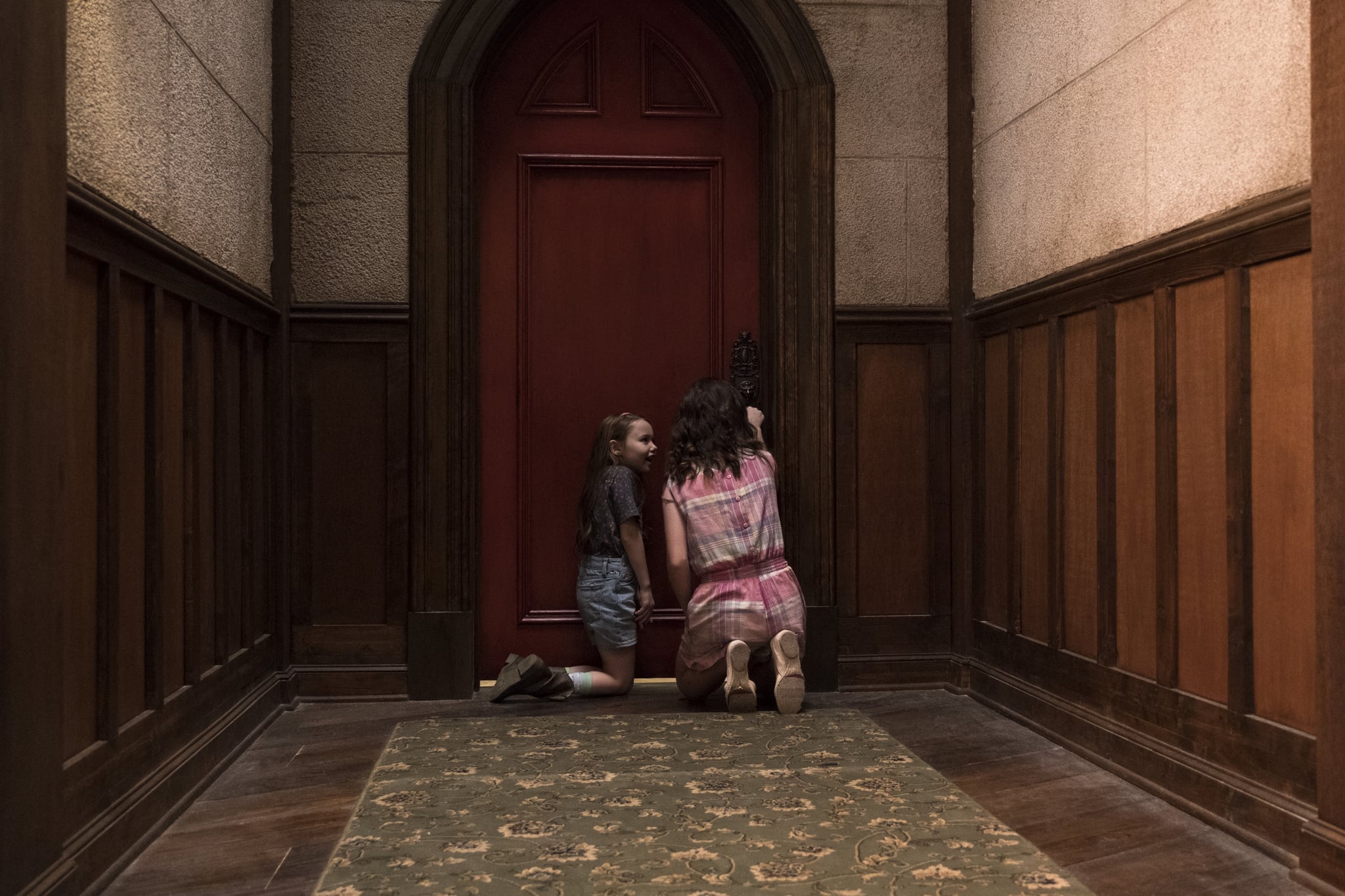 Warning: BIG spoilers for The Haunting of Hill House ahead!

I could sit here and type out praise for Netflix's The Haunting of Hill House all day long. The horror series effectively delivers genuine scare after scare while also serving up a gut-wrenching story of grief, love, and the lengths we'll go to protect our family. Oh, and it also unpacks a handful of compelling mysteries over the course of its 10 episodes that will gnaw away at you until you reach the final few scenes. One of the biggest among them is: what's behind that freakin' red door? Before I get to that, though, let's back up a second and review.

Olivia (Carla Gugino) and Hugh Crain (Henry Thomas) move their five children into the sprawling, decaying Hill House estate for a few months one Summer in hopes of flipping it and making a ton of money off the sale. Of course, things rapidly start to devolve once it becomes clear that someone — or something? — within the house wants to keep them from ever leaving the premises alive. Things only get worse when Hugh discovers that despite having the house inspected before they bought it, a massive swathe of poisonous black mold has blossomed behind most of the walls due to water leakage from somewhere upstairs.

Eventually Hugh and the house's longtime caretaker, Mr. Dudley (Robert Longstreet), realize that the water seems to be coming from a room upstairs with a red door that they've never been able to open; the large set of keys the Crains were given upon moving in doesn't include a key for that door, and no amount of physical force is able to break through the entrance.

There are a few scenes throughout the series that see the children trying to find out what's inside the room as well. At one point, young Shirley (Lulu Wilson) and her little sister Nell (Violet McGraw) kneel before the door, jimmying with the lock, but they give up after a few minutes. As they turn their backs on it and walk downstairs, we hear creaking and see shadows moving around just under the space in the door inside the room, signifying that someone is moving around in there. Creepy, no? 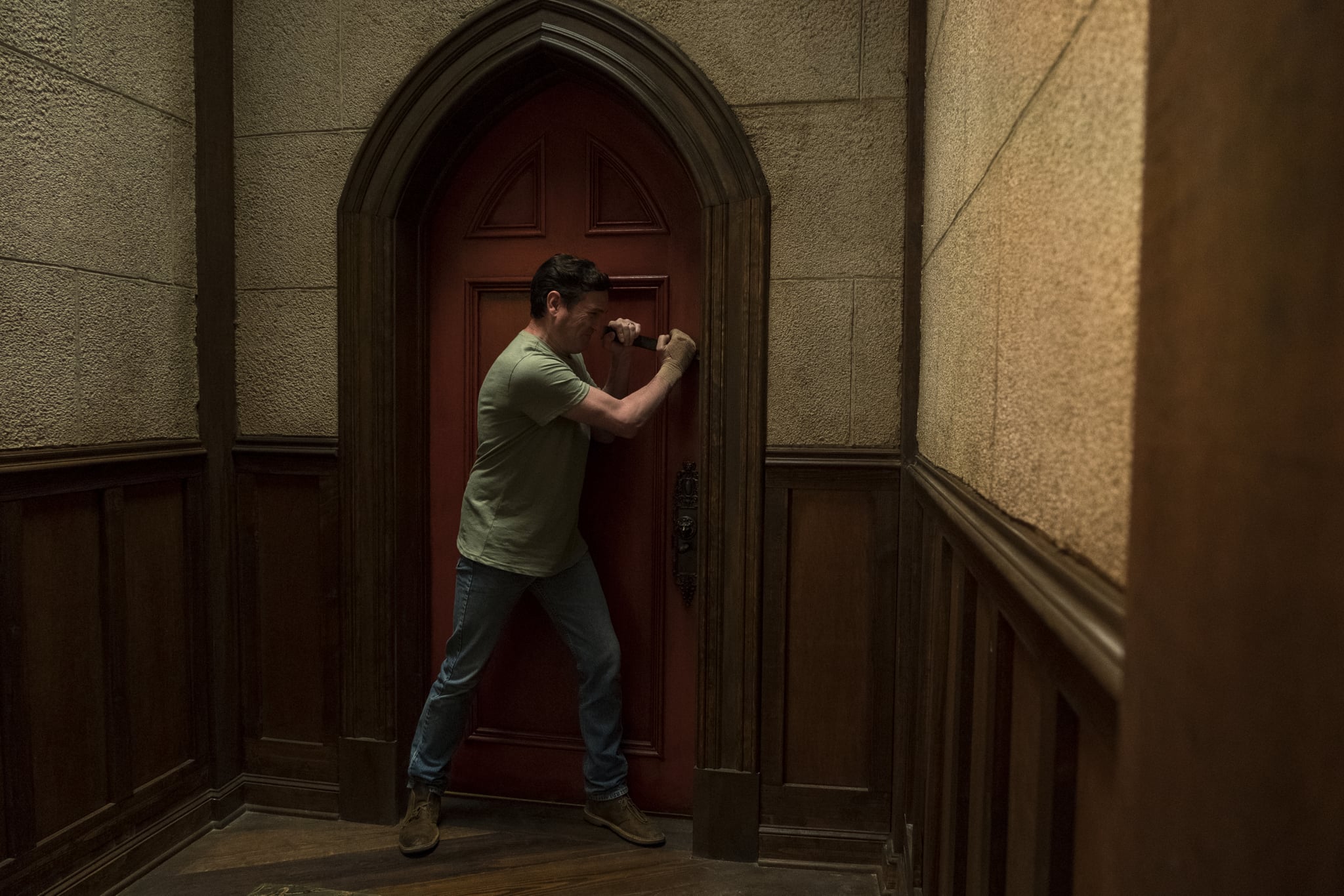 By the time we reach the end of the first season, which sees the remaining adult Crain children returning to the home that scarred them as children, everything falls into place — the room appeared to all of them in different ways when they were little. For young Theo it's a mostly empty room for her to dance in, while it looks like a game room whenever Steven goes inside. For Olivia it's a cozy reading nook, and for Luke it's a tree house. (You get the idea.) It's not until Hugh tells adult Steven (Michiel Huisman) that the family never even had a tree house on the property — they were only planning on staying a few months, after all — that it all starts to make sense.

The house is as manipulative as any human character in this show. Its singular desire is to keep the people who end up living within its walls there forever; it feeds off of them in unique and horrifying ways in hopes of luring them into an eternal trap. So, what's actually behind the red door? Physically? It looks like an empty attic when the adult Crain kids are inside it in the finale, so, presumably, that's its true form. But over and over again, it molds itself to be whatever the kids (or Olivia) need in that particular moment in hopes of making them more comfortable there.

Related:
Will The Haunting of Hill House Get a Season 2? Here's Why We'd Bet Yes

It's also worth noting that the room is where Hugh, Olivia, and Nell reunite in the final few moments of the series, hinting that it's the core of the house, or at least the doorway to its twisted purgatory. But, as with most things to do with this show, it might require another look . . . or knock, to be specific.