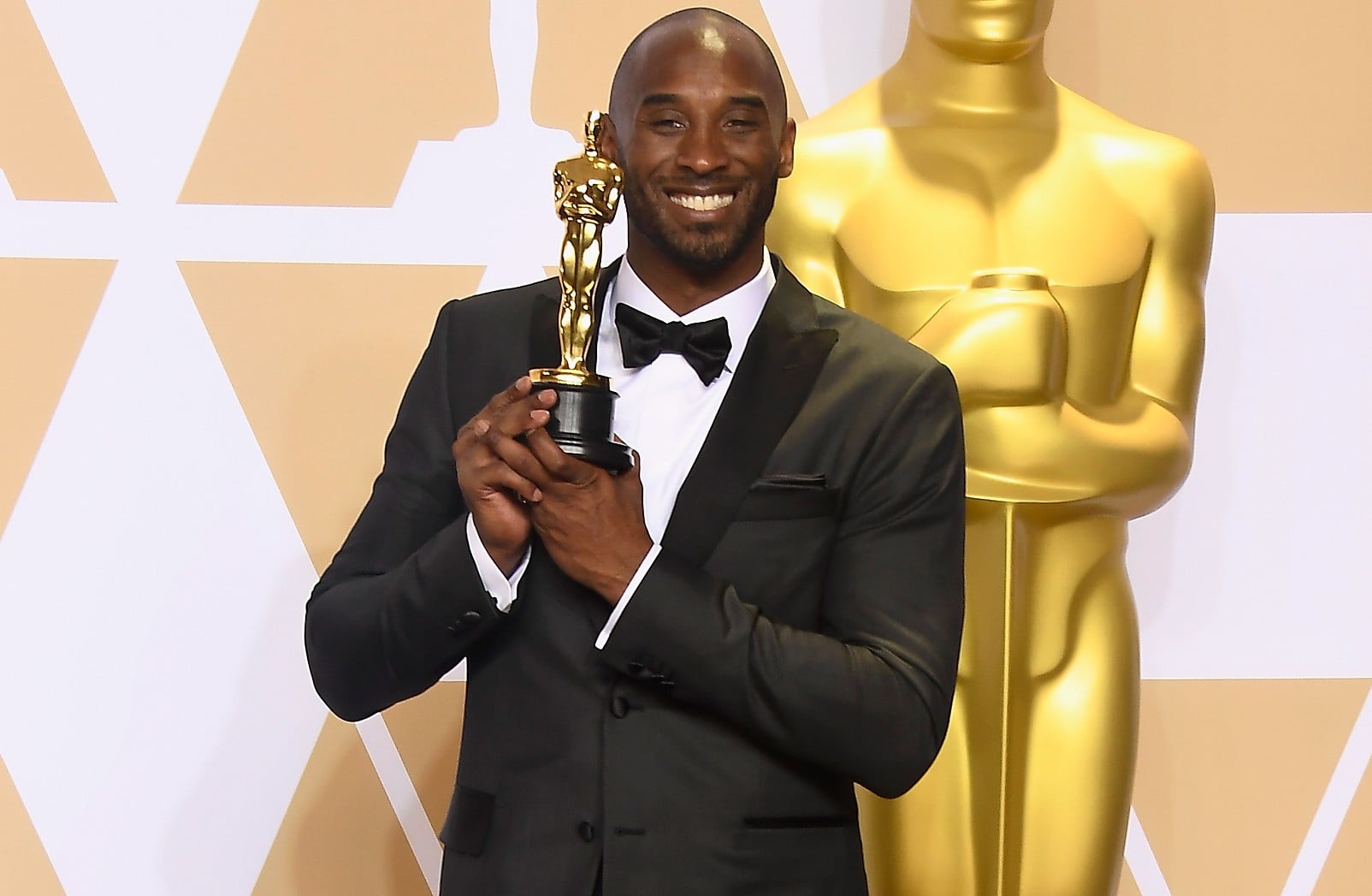 Watching the 2018 Academy Awards ceremony Sunday, you may have been surprised to see Los Angeles Laker Kobe Bryant on stage accepting an award. But guess what? The basketball star wrote and narrated Dear Basketball, which took home the Oscar for best animated short film.

The movie is based on the letter Bryant wrote in November 2015 to media platform The Players' Tribune announcing his retirement from basketball; he played his last game on April 13, 2016. The animated short runs only five minutes, but the entire piece includes a 22-minute special hosted by Bryant alongside composer John Williams and director Glen Keane, taking a behind-the-scenes look at the piece.

Both the letter and the film deal largely with Bryant's love of basketball that began at a very early age. The film is done in colored pencil drawings that one critic called "breathtakingly beautiful." Another critic said the piece was "a heartfelt love letter" to the game of basketball.

In his acceptance speech for the Oscar, director Keane said that he hopes this short film shows that "whatever form your dream may take, it's through passion and perseverance that the impossible is possible."

Bryant started his portion of the speech by making a sly comment in reference to Fox News host Laura Ingraham recently telling LeBron James to stick to sports when he made some comments about social injustices in the world.

"As basketball players, we're really supposed to 'shut up and dribble,' but I'm glad we did a little bit more than that," Bryant said, which Twitter found to be an interesting juxtaposition (to say the least) in the era of #MeToo and #TimesUp due to the rape allegations levied against Bryant back in 2003, which were settled out of court and included an apology on Bryant's behalf, though no admission of guilt on his part.

Related:
17 Celebrities Who Cheered On Kobe Bryant at His Last Lakers Game

It wasn't even an hour after Bryant's award that three Harvey Weinstein accusers — Ashley Judd, Annabella Sciorra, and Salma Hayek — took the stage to introduce a montage about the sweeping tide of change coming to Hollywood. And let's not forget that Casey Affleck did not present the best actress Oscar this year even though he won best actor last year (it is tradition to have the previous year's winner present the opposite sex award the following year), possibly because of the current sexual harassment allegations against him.