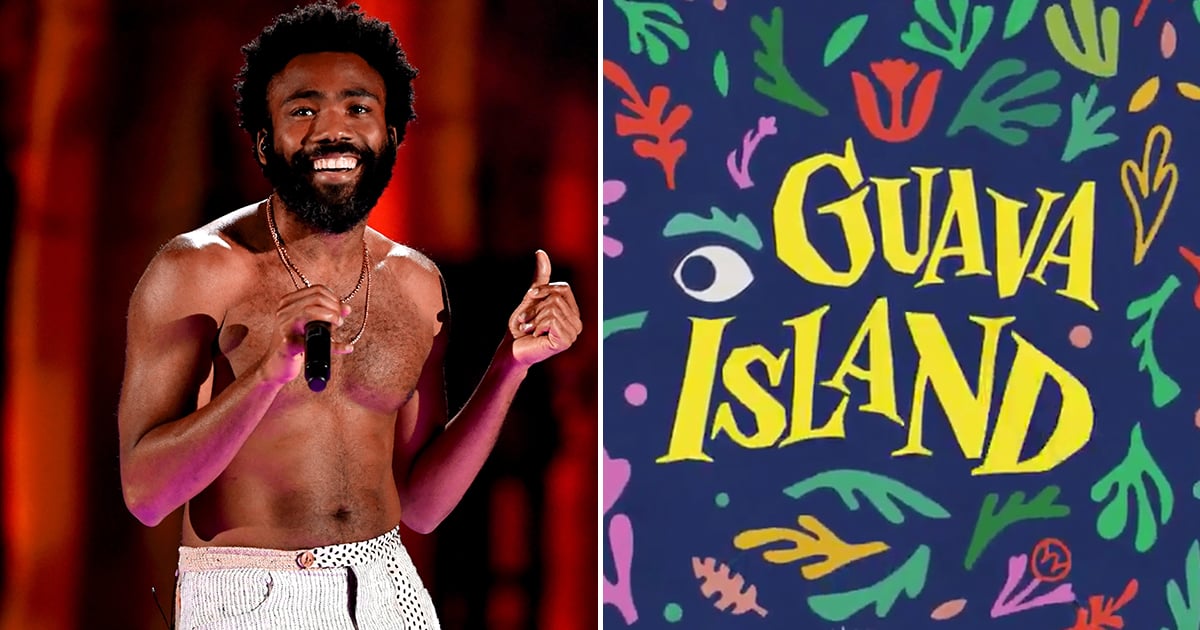 When Donald Glover and Rihanna posted a photo of them together months ago, the internet was instantly buzzing with rumors that they were working on a project. Turns out, the rumors were right: the duo have filmed a new movie, Guava Island, and the trailer first debuted at the Pharos Festival in New Zealand. Details about the secret movie are still scant, but here's what we know so far.

The trailer — interestingly billed as "a Childish Gambino film" — shows Glover at the center of a music-filled series of shots. He appears to play a musician who's tired of the constant pressures of the business. We know that Rihanna plays his character's girlfriend, based on the beginning of the trailer where the two flirt while he plays guitar. Other than that, most of the trailer follows Glover running through the streets of what looks like a town in some tropical location (it was filmed in Havana); there's not much info on the plot.

The only hint about the movie's socially tinged themes comes with Glover's narration: "What's wrong with me is that we live in paradise, but none of us have the time or the means to actually live here. We work hard. We deserve a day off. We're just taking what's ours."

Related:
Donald Glover's New Movie Is Pretty Mysterious, but at Least We Know the Cast

On April 10, it was revealed that the film will premiere at Coachella on Thursday, April 11, and will continue to screen until the end of the festival. Childish Gambino headlines the festival on Friday, April 12, and the film will be free to stream on Amazon on Saturday, April 13. Amazon posted a brief teaser to celebrate on Twitter. "You're all invited to our staycation with @donaldglover and @rihanna," the caption reads. "The new #ChildishGambino film #GuavaIsland will be available on Prime Video starting Saturday 4/13 at 12:01am PST."

You’re all invited to our staycation with @donaldglover and @rihanna. The new #ChildishGambino film #GuavaIsland will be available on Prime Video starting Saturday 4/13 at 12:01am PST. pic.twitter.com/rxXecJEfzp

Though Glover, Rihanna, and costars Letitia Wright and Nonso Anozie have been tight-lipped about the film's specifics, the writer did express excitement for the film in a press release. "I'm really humbled having the opportunity to present something this timely and timeless," Glover said. "Between Rihanna and the people of Cuba, this is one of my favorite projects I've ever worked on."

We can't wait to see what musical magic Glover has created this time!