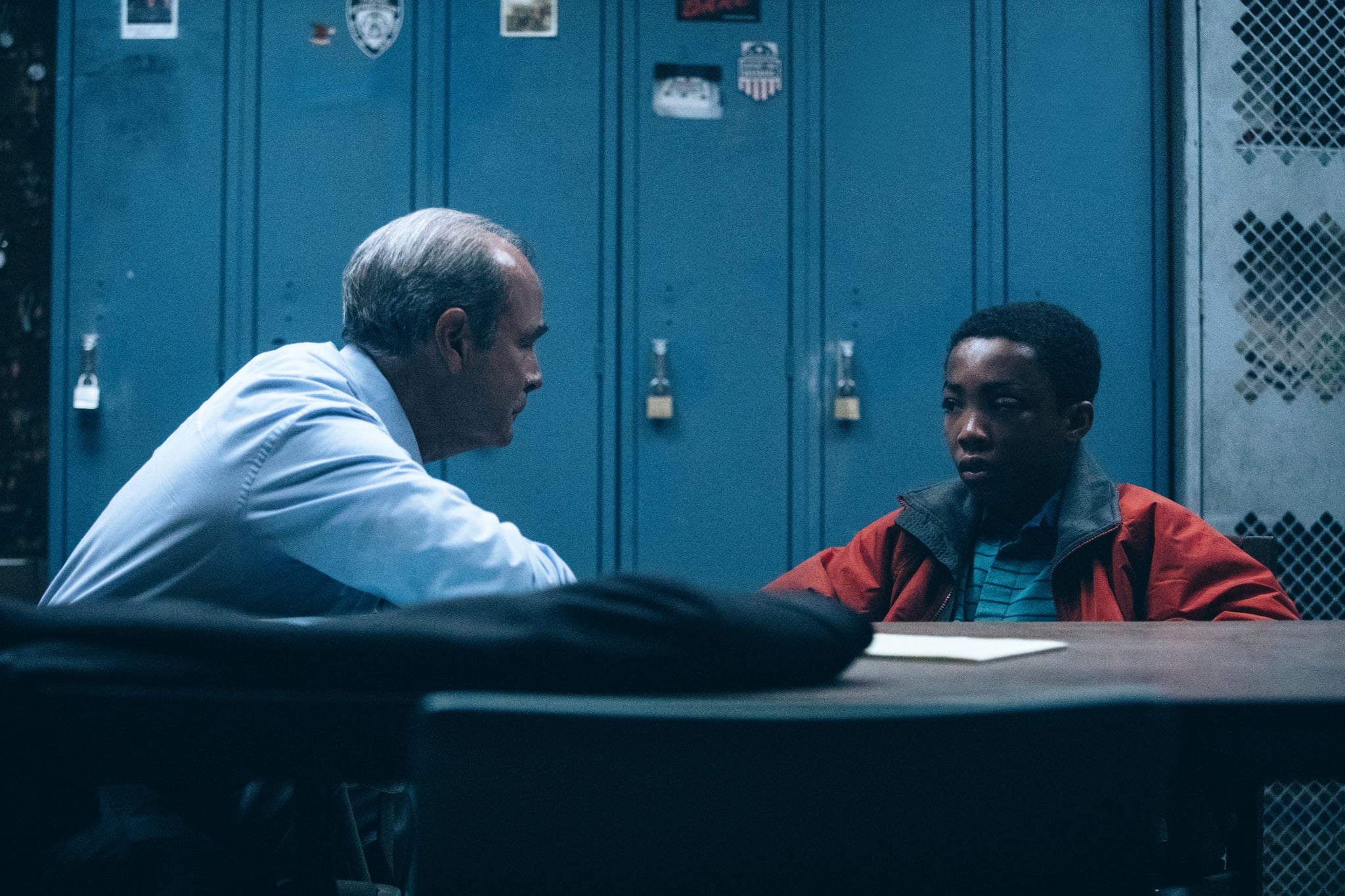 In the first episode of Ava DuVernay's must-watch Netflix limited series When They See Us, viewers see cops and detectives relentlessly interrogate teenagers Yusef Salaam, Kevin Richardson, Antron McCray, Korey Wise, and Raymond Santana — commonly referred to as the Central Park Five — for up to 30 hours. Under the direction of Linda Fairstein, head of the Manhattan district attorney's sex crimes unit, the cops working the case coerced false confessions from four out of the five teens by lying to them about nonexistent evidence against the others and leading them to believe they were simply being interrogated as witnesses. Despite the absence of any DNA evidence linking them to the crime, all five teens were convicted and spent years behind bars.

Police videotaped the teens' confessions, but they failed to record the hours and hours that led up to their eventual admission of guilt. And, although it is legal in America for police to lie to suspects during an interrogation, the cops' tactics were certainly unethical — especially since they were aware there was a very real possibility that the true perpetrator was still out there. (And, of course, he was: in 2002, serial rapist Matias Reyes confessed to being the sole perpetrator of the crime, and his DNA was a match to semen found on the victim Trisha Meili's sock.)

Salaam, who was only 14 when he was taken into police custody, stated in 2016 that he and the other teens were deprived of food, drink, and sleep during the lengthy interrogation.

Despite the fact that all of their convictions were vacated in 2002, neither the detectives nor the prosecutors have faced any repercussions to speak of. In fact, they maintain they did nothing wrong during the investigation or trial and continue to claim the Central Park Five indeed played a role in Meili's attack, despite the fact that Reyes said he acted alone and not a shred of physical evidence links them to the crime. Although a number of cops participated in the interrogation, several played a more prominent role. Here's where they are now.

At the time of the rape and assault of Meili, Reynolds was a 29-year-old cop who had worked at the NYPD for eight years. Along with his partner Bobby Powers, he arrested Salaam, Richardson, and Santana (and identified McCray as a suspect) on the night of the attack and interrogated the group. When Salaam, Richardson, Santana, McCray, and Wise reached a $42 million settlement with the city of New York for their wrongful convictions, Reynolds expressed disgust.

"If we had gone to trial in their lawsuit, we wouldn't be having this conversation because all the facts would have come out," Reynolds told The New York Daily News in 2018. "It would have been clear they participated and Reyes didn't act alone. The evidence supported it. They did not want to go to trial. They just wanted to get paid."

Reynolds retired from the NYPD shortly before the sentences were vacated and, according to The Grio, he is currently working on a book about the case. There is no public information available about his partner.

Sheehan, a former NYPD detective who played a key role in securing the false confessions, also maintains the investigation was handled properly and the teens were guilty. "It's really disheartening and disgraceful," Sheehan said of the exonerations. "Anyone who is out there saying that they're innocent and believing them, shame on them."

As reported by The Grio, Sheehan retired from the NYPD in 1993 and took a job as a reporter for New York's WNYW. He was fired after running into some legal troubles of his own: in 2009, Sheehan was arrested for DWI after he plowed his car into an NYPD horse and refused to take a breathalyzer test. He denied the charges, claiming the horse hit him (yes, really), but was charged with reckless endangerment and operating a vehicle while intoxicated. Sheehan went on to become a reporter for another local network, WPIX-TV.

Reynolds and Sheehan are in the company of Fairstein in their refusal to take accountability for this miscarriage of justice. Lead prosecutor Elizabeth Lederer hasn't publicly defended her actions, but she has not apologized and has gone on to enjoy a lengthy career with the Manhattan District Attorney's office and a job as an adjunct law professor at Columbia University.

In fact, out of all the cops and lawyers who participated, only one has accepted any semblance of responsibility: Robert Morgenthau, who was NY District Attorney at the time. "I had complete confidence in Linda Fairstein," Morgenthau told The New York Times in 2016. "Turned out to be misplaced. But we rectified it." However, he neglected to point out the crucial fact that there's no way to truly "rectify" the travesty of sending five children to prison for a crime they didn't commit.