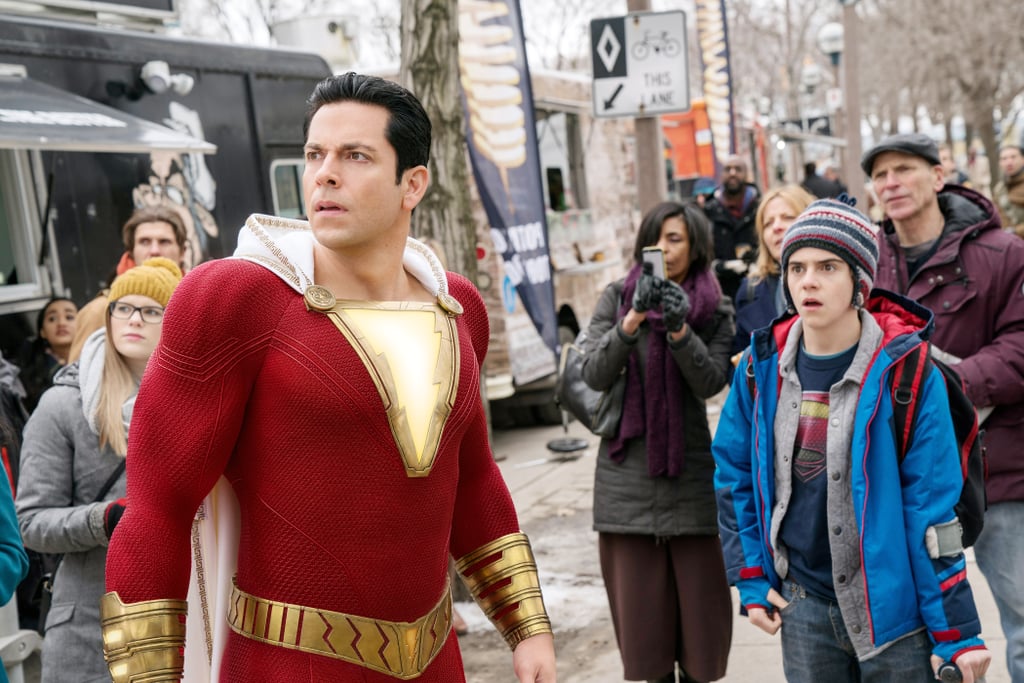 Somewhere along the line, Zachary Levi became one of Hollywood's favorite leading men — not that most people would know it. After recently playing uptight doctor Benjamin in The Marvelous Mrs. Maisel's second season, he's starring as the titular hero in the upcoming superhero film Shazam!. If you recognize him, you're definitely not alone. Levi has starred in some of the most popular movies of the past several years — and lent his voice to a Disney hero for a new age.

Levi made his television debut in Big Shot: Confessions of a Campus Bookie, a made-for-TV movie in 2002. After taking on a few smaller roles on sitcoms in the early 2000s (anyone remember the charming Less Than Perfect?), he landed what would be his breakout role: accidental spy Chuck Bartowski on the NBC spy comedy Chuck. For five seasons, from 2007 to 2012, Levi played Chuck, a tech-store nerd who accidentally had a CIA supercomputer uploaded to his brain. The series made Levi into a geek icon, especially as it became the focus of one of the earliest successful "save our show" campaigns.

Related:
Shazam Could Give Superman a Run For His Money With These Superpowers

During his run on Chuck, Levi got his other big break. He voiced Flynn Rider opposite Mandy Moore's Rapunzel in the 2010 Disney animated movie Tangled. The smash hit earned him a chance to perform on the Oscars broadcast, where he and Moore sang the movie's signature song "I See the Light." As it turned out, Levi's singing voice was Broadway-caliber, and he landed two leading roles in subsequent years. First Date was his Broadway debut in 2013, and in 2016, he starred as Georg Nowack in the revival of She Loves Me, earning a Tony nomination for best leading actor in a musical.

After Chuck ended, Levi wasn't out of the nerdy woods yet. When Josh Dallas couldn't reprise his role as Fandral in the Thor sequel due to his commitment to Once Upon a Time, Levi was tapped to replace him as Thor's most dashing friend for 2013's Thor: The Dark World and 2017's Thor: Ragnarok. He also costarred in NBC's 2015 TV reboot of Heroes: Reborn.

In a way, we suppose, Levi has been prepping for Shazam! all his career: mostly roles that are geeky, likable, or a little of both. Check out just a handful of his career highlights ahead!