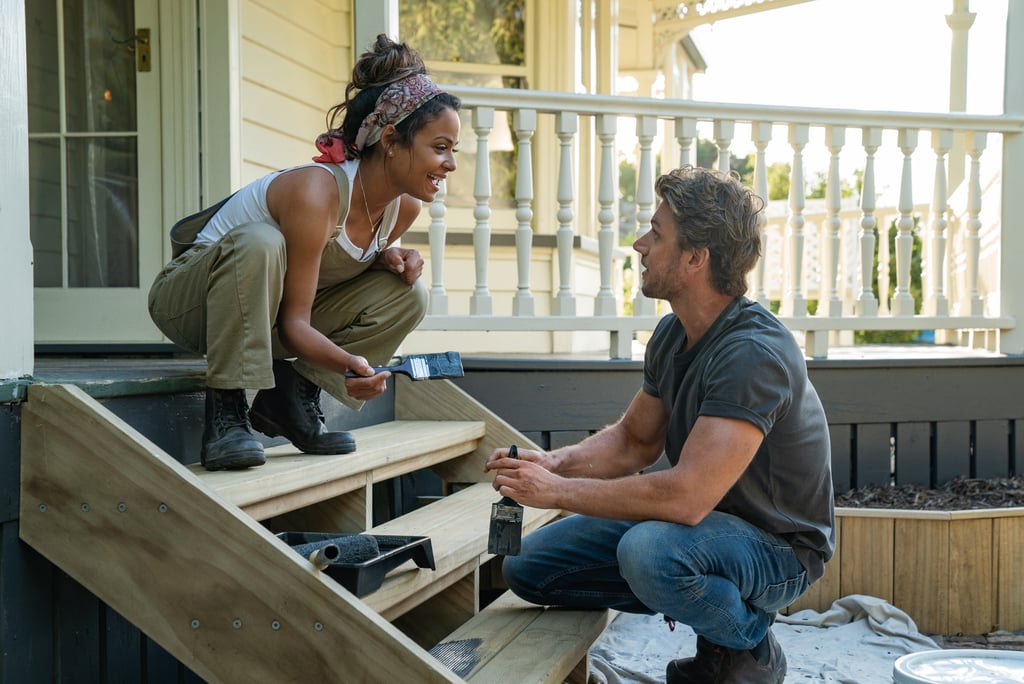 If you're of the belief that a cheesy rom-com isn't complete without a punny title, then we have good news: Netflix's upcoming feel-good romance about a woman who ends up renovating a rustic New Zealand inn is titled . . . wait for it . . . Falling Inn Love. (We're head over heels already.) The name isn't all Netflix shared about their next foray into the world of original romantic comedies, either. The streaming giant has released not only a handful of images from the new film, but also a full cast list and plot.

The film, directed by Roger Kumble, stars singer and actress Christina Milian as "city girl Gabriela," who spontaneously enters a contest to "win an inn" — aka renovating the dilapidated Bellbird Valley Farm — after a breakup. Lo and behold, she wins! Which means she has to travel from her home in San Francisco to New Zealand, where the Bellbird is located. Luckily, with the help of a handsome contractor (Adam Demos), Gabriela fixes up not only the inn, but her heart (awwww).

In addition to Milian and Demos, Falling Inn Love stars Jeffrey Bowyer-Chapman, Anna Jullienne, Claire Chitham, Blair Strang, Jonathan Martin, William Walker, Daniel Watterson, and Simone Walker. Fortunately for us all, the wait to see it won't be all that long! The film begins streaming on Aug. 29, 2019. In the meantime, though, you can scroll through the first-look images from the movie, ahead.

Related:
Love Is in the Air! These Are the Best Rom-Coms Currently Streaming on Netflix
Previous Next Start Slideshow
Romantic ComediesNetflixChristina MilianMoviesFalling Inn Love