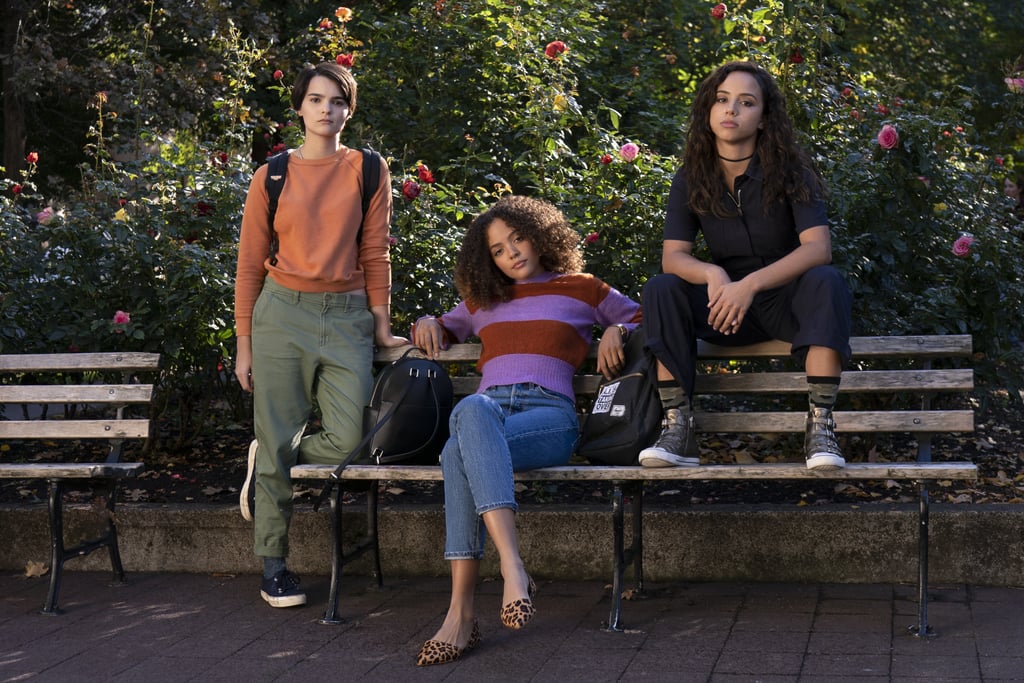 With hits like 13 Reasons Why, The Society, and Elite, saying Netflix is slaying the teen drama space would be an understatement. The streaming platform has consistently crafted new and addicting series that authentically portray the lives of modern teenagers, and coming this June, another fantastic show in this space will be added to its collection: Trinkets.

The series is adapted from 10 Things I Hate About You screenwriter Kirsten "Kiwi" Smith's novel of the same name, and is essentially The Breakfast Club for shoplifters — three very different girls (popular Tabitha, wallflower Elodie, and outsider Moe) cross paths at a Shoplifters Anonymous meeting, and their ensuing friendship changes their lives in unexpected ways. Trinkets, which is the result of a partnership between Netflix and Viacom's AwesomenessTV, hails from executive producers Amy Andelson and Emily Meyer, who themselves have been best friends since the ages of the show's teen protagonists played by Brianna Hildebrand (Deadpool), Quintessa Swindell (Granada Nights), and Kiana Madeira (The Flash).

"It's so raw, honest, and authentic."

"The idea for us that you can be forever changed by the people you meet at this pivotal point in your life really resonated when we read the book," Meyer told us over the phone ahead of the show's Summer premiere. "The characters really became each other's life raft through their shared vulnerability . . . it's so raw, honest, and authentic. It really speaks to this exact moment in high school."

Although Trinkets won't be available for you to binge until next month, we've gotten our hands on some exclusive images from throughout the first season, as well as some insider perspective on the characters from Meyer and Andelson. Check them out ahead!

Related:
Grab Your Popcorn! These Are the Best Netflix Original Movies of 2019
Previous Next Start Slideshow
NetflixTVTrinkets