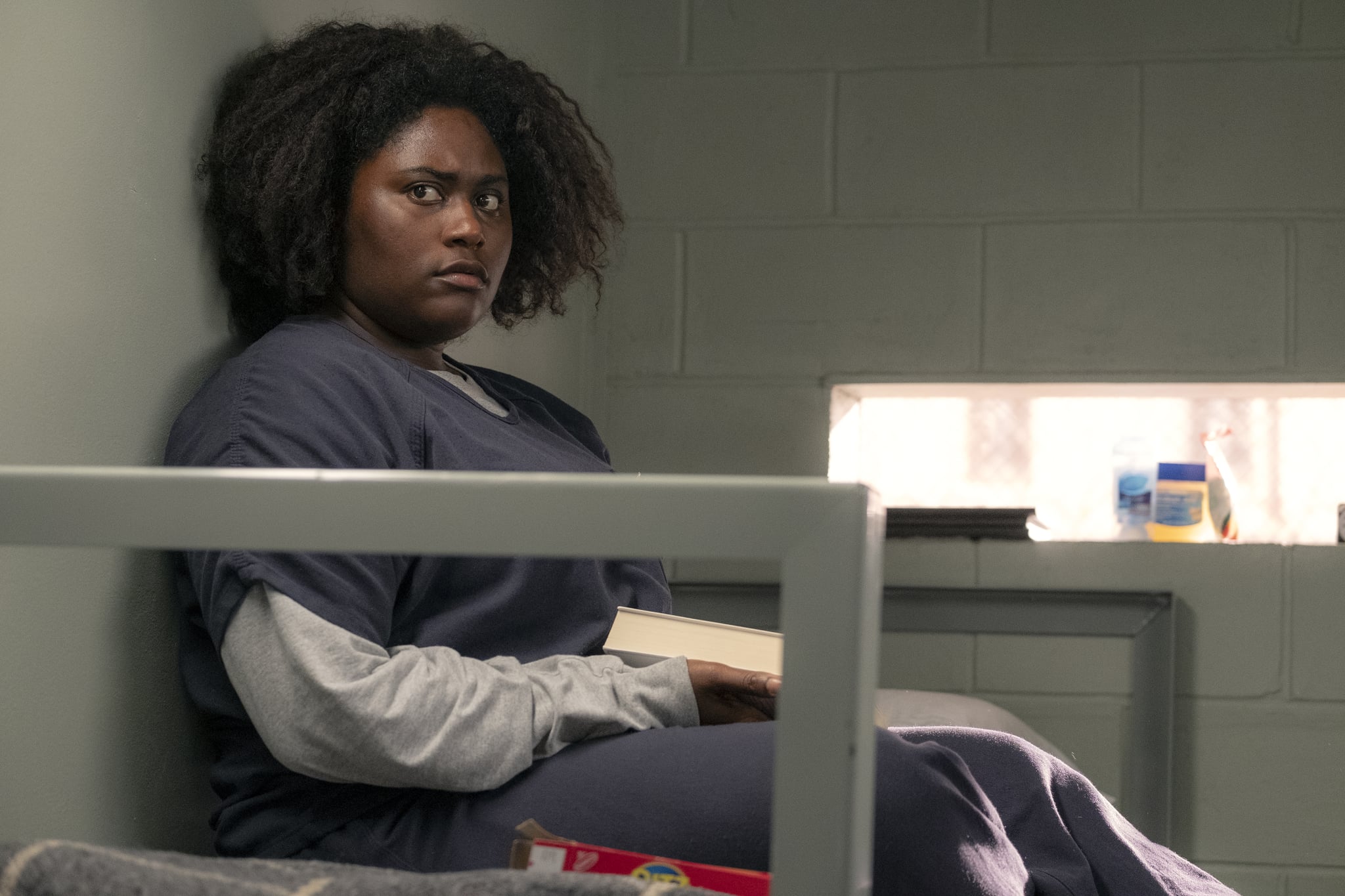 If by any chance you were able to hear the song playing at the end of Orange Is the New Black over the sound of your screaming tears, the answer is yes — it's Taystee singing! As the end credits play during the final episode of the beloved Netflix series, we hear a very familiar voice, and it's not just because we've completed a 13-hour binge of the show; it's actually actress Danielle Brooks singing her song "Seasons," which she wrote for the end of the show. The song is from Brooks's EP, Four, which released July 22. If you listen closely to the lyrics, Brooks references her OITNB costars and standout moments from the show.

"Wish I could play that moment over / Eyes red and crazy, We were dumb broke and hungry / So we scraped up all our nickels and we out to Spanish Harlem / Got drunk off hooch from Gloria's," she sings. "Seasons pass us by / And we think that we've got time / But here we are at the end, it's hard to let you go / I'll miss you more than you know, and I won't forget how you made me feel."

For Brooks's character, season seven is a roller coaster of emotions, but despite not being able to overturn her unjust life sentence, Taystee is able to make the most of her prison stay with the launch of the Poussey Washington Fund. As the credits roll during the final episode of the series and viewers see where the characters are, "Seasons" plays as an ode to their journeys. Check out the song below, and see where all of your favorite inmates end up at the end of the series.